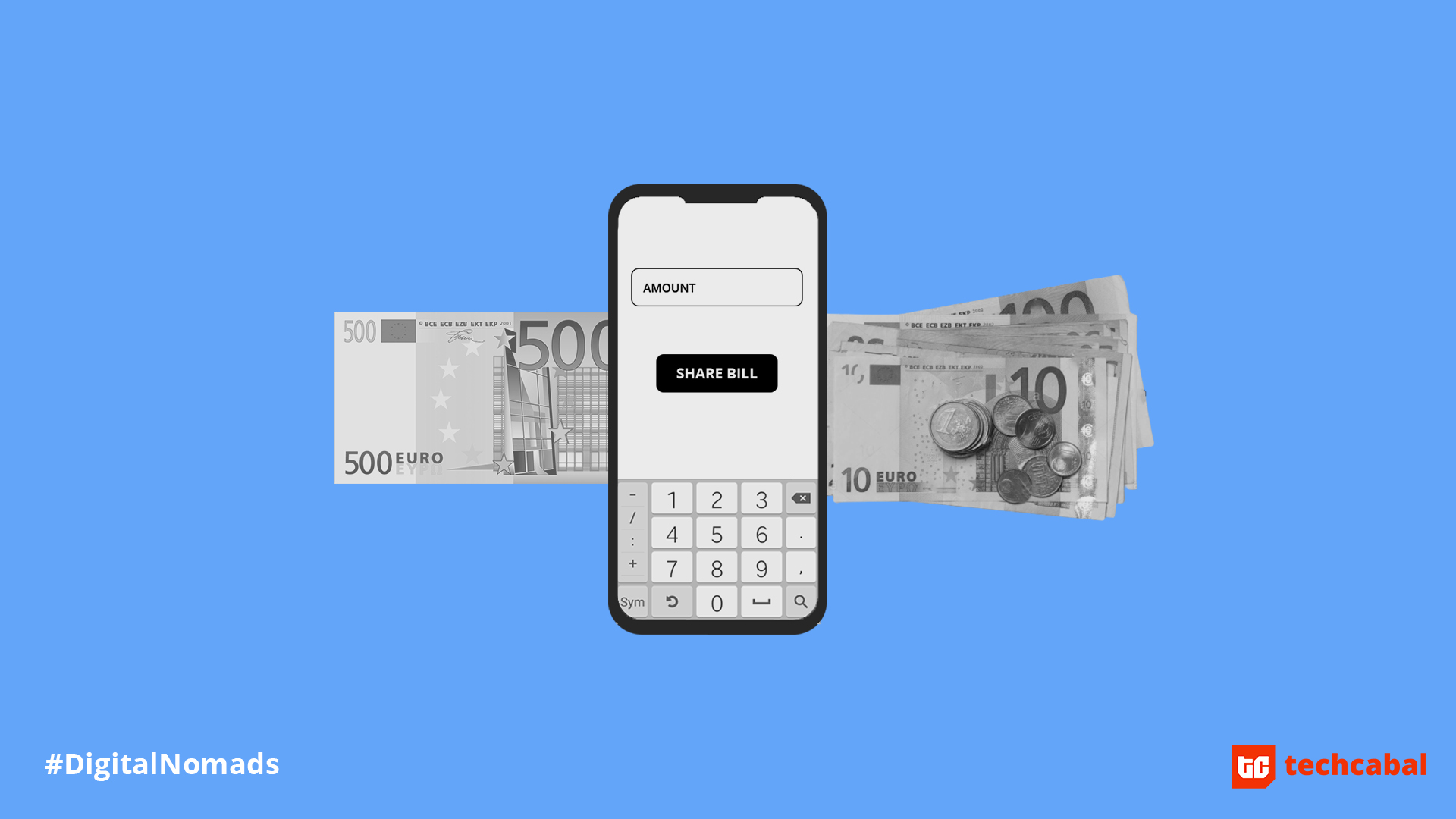 Every week, Digital Nomads talks to Africans who have left their home countries to study, work and live in interesting countries. It shares their tech experiences in their new countries and helps you see what everyday life is like in other countries.

If you have some catching up to do, here are some countries we’ve covered: Afghanistan, Saudi Arabia, China, Vietnam and China.

Today, we’re speaking to *Kelechi, a Nigerian who moved to Amsterdam in 2019. He tells me: “I lived in Nigeria for 29 years before moving last year. I was a consultant at one of the Big 4 in Lagos where I worked for five years before relocating to Amsterdam.”

If you work at a Big 4 firm in Lagos, what’s the incentive to leave the country? “I moved to Amsterdam because my wife got a job there as a software developer so we moved together.”

Kelechi’s notes on deciding to move: The thought of having to start over was scary. But I spoke to some of my bosses at work about it and they only had good things to say about the Netherlands. It also helped that a former colleague moved there in 2017 and was thriving.

In July 2019, Kelechi and his wife left Nigeria through the Murtala Muhammed International Airport (MMIA). He says the Lagos airport was a lot of hassle and nothing to write home about.

The Amsterdam airport, also called the Schiphol airport is a different experience.

“We got in around 4am and the airport checks went smoothly. I saw a lot of stores at the airport and we had breakfast after we landed and it wasn’t expensive. The airport feels like a mall and it has a train station underground: that was a wow factor for me.”

Kelechi’s notes on airports: The Amsterdam airport is in a league of its own. It has a train station and a bus station. It also has self check-in gates and all you need to do is approach with the barcode you downloaded online.

Life in a new city

“There were a lot of shocks for me when we first moved here. They eat a lot of bread here, and the bread is bland.”

Beyond cuisine, Kelechi says Amsterdam has the feel of a city made for tourists and this makes it easy to live in the city without learning Dutch. “A lot of people here speak English. I’ve never gone to a shop or store where the attendant won’t speak to me in English language. Once you tell them “Engels” they switch to English.”

But the biggest culture shock for Kelechi is how direct the Dutch are. People say things as they are and there’s little political correctness.

“Your Dutch boss can tell you plainly that what you did is nonsense. It may seem strange to you at first but you get used to it and you learn that there are no personal feelings involved.”

Kelechi’s anecdote: While I was job hunting, a CEO of a company responded to my application like this: “For us, Nigeria is a country known for corruption and crime. You have a Nigerian degree and work experience, I would not know how to verify your past employment history with certainty.”

The Dutch also combine their penchant for blunt talk with a culture of sharing expenses during outings.

“The culture here is to share expenses. When you go out, someone can pay for everything but they’ll then send out everyone’s share later.”

“There’s this technology that most banks have called “tikkie.” If I pay for a hangout, I’ll allocate the expenses and send a tikkie request to everyone. The tikkie will bring up a link to redirect you to your bank to pay whatever amount you owe me.”

My note: The term “going Dutch” is a term that indicates that each person participating in an activity pays for their own share instead of one person paying for the entire group. “The origin of the phrase “to go Dutch” is traced back to the 17th century when England and the Netherlands fought constantly over trade routes and political boundaries.”

In the Netherlands, driving a car is expensive. According to one website: “When the car has nearly no emission the car tax is 15%, then there is a 21% percentage for low emission cars. All other cars have a 25% of the Dutch catalogue value added to their income.”

This is why bicycles are popular. “Almost everyone here owns a bicycle and the beauty is that there are bicycle lanes everywhere. There are also walkways here and driving is a strange phenomenon.”

With monthly expenses of up to €200 if you own a car, it is not unusual to see people ride 45 minutes to work on bicycles.

Unlike Uber, with these services, you have to drive yourself.

“The public transport system is heavenly. There are trams, trains, buses and the metro. The trains here are electric and all you have to do to use trains or buses is have a card linked to your bank account.”

These cards use NFC technology and you tap it at the metro station or train stations before boarding and tap out after disembarking.

“They don’t disappoint, they stick to their schedule everytime and you get informed ahead of time if there are disruptions.”

Kelechi’s note: There are no motorcycles here. You either ride a bicycle everywhere or walk.

Away from transportation, we talk about buying SIM cards in Amsterdam. Kelechi says he bought a Lebara SIM card at the airport and has not bothered changing it since then.

“SIM cards aren’t that important to me in the grand scheme of things because we communicate mostly with Whatsapp and there’s Wi-Fi at home and in the office.”

How much is internet and mobile data in the Netherlands? “We pay €71 for unlimited internet and a basic cable TV plan and it guarantees a speed of about 500Mbps.”

Paying for all these requires a bank account and banking in Amsterdam is different.

“For you to have a bank account, you have to be a legal resident. Unlike Nigeria, you can’t walk into the bank without an appointment. To open an account, they took all my details, made some copies and gave me an account number.”

Other banking details like debit and credit cards are delivered by physical mail. It is a way for the bank to verify your address.

In the end, Kelechi says his tech experience in Amsterdam has been superb and rates the city a 9. “The internet speed beats Lagos, POS payments never fail and you can pay with your phone,” he tells me.

He also generously rates Lagos a 7 for his tech experiences.

*The interviewee’s name has been changed at his request. Looking to share your tech story? Send me an email: Muyiwa@bigcabal.com 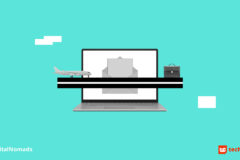 This week’s Digital Nomad, Zane is a Nigerian salesman who has done a lot of travelling.
Think: Vietnam, Singapore, Kenya, the UK and Ireland. Here’s his experience.

“Everyone continually tries to build their own pipe, but it’s inefficient and the system is broken right now. That’s the problem we’re trying to solve.” – Onyekachi Izukanne, CEO & Co-founder, Trade Depot. Prior to co-founding TradeDepot, He successfully co-founded and bootstrapped a technology consulting practise known as C2G Consulting which became West Africa’s leading […] 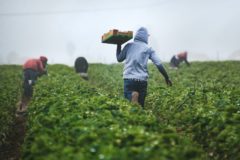 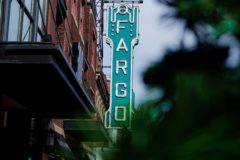 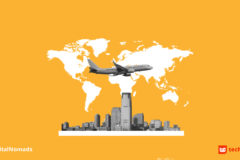 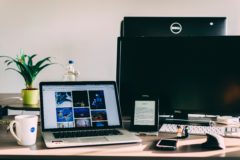 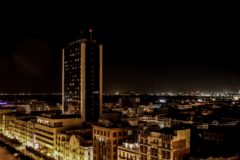 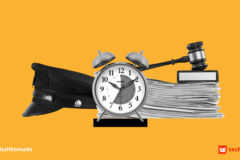 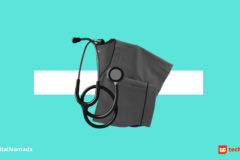