Digital Nomads: From Nigeria to Germany with a €30,000 pay cut 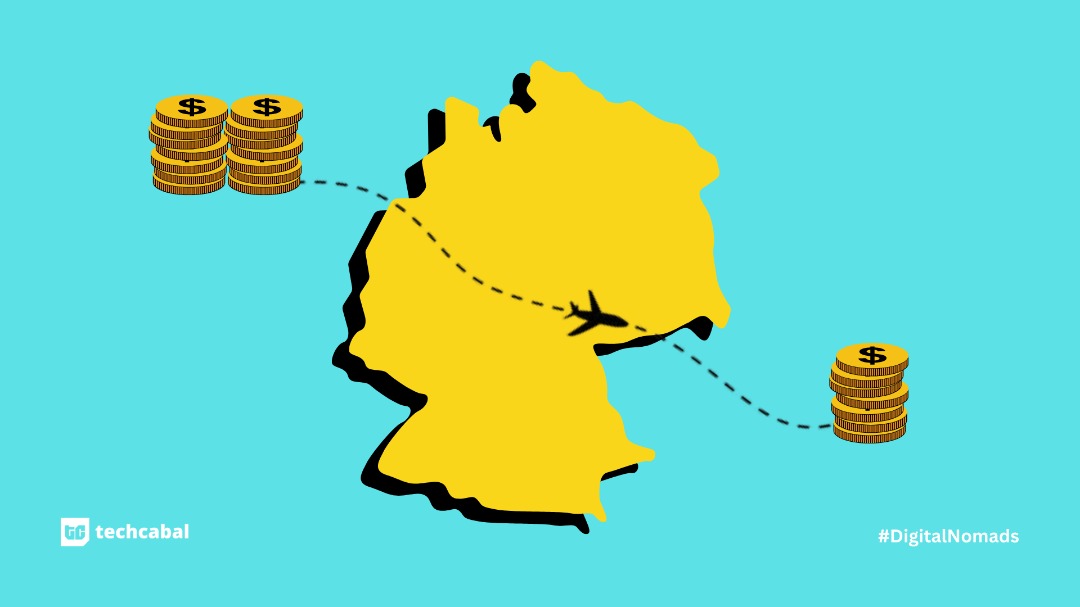 Gideon*, a 24-year-old software engineer, who has worked with a prominent investment firm, fintechs and numerous other startups, was well into his career when he decided to seek employment abroad. With six years of experience under his belt, he set out to get a relocation job. He endured months of rejection before eventually landing a job in Germany. But the job came at a cost: a pay cut of about €30,000.

Currently, Gideon is out of a job; he was laid off from his job earlier this year at the beginning of the global tech downturn. But he is gearing up to start another job and is hoping to increase his earnings.

We caught up with Gideon, who is based in Berlin, to discuss why he decided to take a pay cut to live the life of his dreams in Europe, how he is navigating Europe as a young African, and how the job market is treating him in Europe.

Why did you choose to emigrate to Germany?

For the most part, I think it was my most interesting job prospect at the time when I relocated. I knew that I was at that point in my career where I think I’d done enough to be considered for relocation jobs. I had worked at a bunch of Nigerian startups, and remotely for companies outside the country. I felt I’d seen everything in the Nigerian tech ecosystem, so to speak. I was looking for my next challenge and looking to be paid better. I applied to different companies and did a bunch of interviews. And the most interesting one was the company which brought me to Germany. I got the job offer in June of last year, and I eventually relocated in November.

How did relocating help your career?

It’s generally tougher to get a remote job in Nigeria or Africa. Except, you go through programmes, like Andela or Toptal. When I was laid off earlier this year, I signed another contract the following month. Before I signed my new contract, I did over 20 interviews and spoke to over 30 companies. Recruiters reached out to me for most of these interviews and I only had to apply for three or four.  The truth of the matter is, if I were sending the application from Nigeria, I would not get such favourable responses and have a variety to choose from. I eventually had to choose between three solid offers. Because I’m in Europe, I’m able to negotiate for better salaries. There was a pay range I wanted and I knew I could hold out till I got it. This was because I knew that I had a wide range of options to choose from.

The process was generally straightforward. Although, the relocation process for me was a little bit longer than normal, mostly because I do not have a university degree. For most people, the process is completed in three months, but for me, it took about six months.

Adapting to the changes that come with relocation was not exactly easy. Before Germany, I’ve only ever visited the Benin Republic once. So it was not easy transitioning from Nigeria to Germany, from the weather to food, culture, and people. I know a friend, with whom I moved on the same day; he got tired and moved back to Nigeria. It was that tough. The initial months were tough and lonely. Even though I had a bunch of acquaintances, I didn’t particularly have friends.

When I moved, there were still locked downs and coronavirus restrictions, and generally, people were indoors. You had to use a mask in public areas.  It was required that everyone got two vaccinations and a test that was done within 48–72 hours or three vaccinations (called 3g Plus) to access public places too.

I also moved at the beginning of winter. Up until then, I had not been exposed to [cold] beyond air conditioners in my Lagos home, which peaks at 16 degrees. At some point in December, I had to experience minus-17 degrees. When I was in Lagos, I didn’t cook. Instead, I used a food delivery service. But when I got to Berlin, there were no services like that, and moreover, there were not many Nigerian or African restaurants around. So this means that I had to eat food I was unfamiliar with. I threw away a lot of food I did not like.

There were good parts too though; I was able to concentrate at work. I took walks late at night and it helped. When spring came, and there was a lot more sunlight, people became a lot friendlier. Restrictions were eased, and a lot more places were open for people to access, which made me feel better.

Can you tell me how your quality of life has improved since you got to Germany?

Yes, it has improved but there are trade-offs. While in Nigeria, I had a lot of friends, could easily make more, and was well-known in the Nigerian developer community but, here, I don’t have the support of such a community.

I also get to spend less on emergencies, which sort of makes it easy to plan. There’s access to credit. If I need money, I can take an overdraft from the bank because I work with a salary that is stable. It will be restructured in such a way that I can pay over a long period of time. There is also the ease of access to different places I can travel. Yesterday, I was talking to my friend about visiting another European country, and I already booked a flight for Friday to visit. I mean, it’s costly, but then it’s not as costly as you impulsively booking a flight from, say Nigeria to Ghana, or say Nigeria to any other African country. There is the quality of the internet, and there is electricity. There is security. I mean, you can walk at almost any time. Those generally improved my life.

How have your earnings changed from Nigeria to Germany?

While in Nigeria, I was earning around ₦3 million per month after tax. But when I moved to Germany, I moved for a salary base of €64,000. Germany’s taxes are generally around 39-42%. This means that I was ending up with less than I was in Nigeria. But then I knew I had to take it for a better life.  Thankfully when I left the company that facilitated my relocation, I had passed probation, which means that I had a three-month notice period. So the three months notice period meant that although I was laid off, according to German employment laws, I was entitled to a salary despite not working.

Sounds good. But you implied you were earning more in Nigeria?

Yes, I was. I was working two jobs. My annual gross was ₦33 million per year for one of the companies and then for the other company, it was  ₦10 million. So that was a  ₦43 million gross salary across both jobs.

Yeah, correct. But that was pre-tax. Over ₦2.2 million and ₦700,000 monthly gets to me every month after taxes.

You did mention how a lack of degree stalled your relocation process. Has it always affected your career?

Earlier in my career, I had to do a lot of freelance work to build things for people. I had to take on internships, and I also had to go through the technical writer role. In Nigeria, there were not many companies that were open to people who did not have degrees working for them. So it meant that there were only a few companies I could work with. With such a limited pool, it was initially tough. But once I worked at a US company, and a couple of startups. It also helped that I was a technical writer, a lot of developers used my articles to build things and understand engineering concepts. All of these made me authority and added credibility to my name. Once, I interviewed at a Nigerian fintech company, all through my interview until I got in,  they thought I had a degree until I told them I didn’t. I don’t even have a degree listed on my resume.

Every now and then, it comes into play the fact that I don’t have a degree. I was asked different questions at the embassy about why I didn’t complete my degree. If I get an offer in the US, I would not be able to take it. If an individual wants to relocate to the US on an H1 B visa, the individual needs either 12 years of experience or a four-year degree. I do not have 12 years of experience yet, which means I will not be able to get a relocation job in the US. While searching for a job overseas, I almost got a job offer from a company to join a company in the Netherlands, but they refused to continue the hiring process when they found out I had no degree. I did not continue with two or three interviews because of my lack of a degree.

But it’s not much of an issue like it used to be because I have experience working at big companies. Over the years, it has become easier to take my word for it.

How would you like to break your monthly expenses?

Well, I do spend a lot on transportation. Because I still take Uber a lot I’ve not gotten used to using public transport. There was this certain month when I spent over €1,000 on Uber. But then I had to do a lot of running around when I was trying to get my apartment. But on average, I spend about €300 on transport.

How much gets to you after tax every month?

Why then did you leave Nigeria?

I knew the tax implications of moving away from Nigeria. I saw a post the other day, where someone said leaving Nigeria is a “frustrating necessity, not a desire”. It was the same for me. Nigeria was not working. I had just resumed work at a fintech company when the Lekki toll gate killing of October 2020 happened. But I was unable to work. I was literally having panic attacks. The idea that people were killed a few streets away from mine was scary.

If Nigeria were working, I would stay, because I was earning more in Nigeria. But I thought to myself, one thing that I have to do for myself is to have a residence outside Nigeria.  I might be depressed because I do not have a support system, but at least I’m able to do my best work. I’m able to enjoy the money that I have without being labelled a fraudster or having to deal with the menace that the police are.

We’re open to applications for Digital Nomads from across Africa. If you’re an African that is working from abroad or travelling the world, or someone that just transitioned into tech, kindly fill out this form. Anonymity is available upon request.