Digital Nomads: The Unilag graduates earning £80,000 a year in London 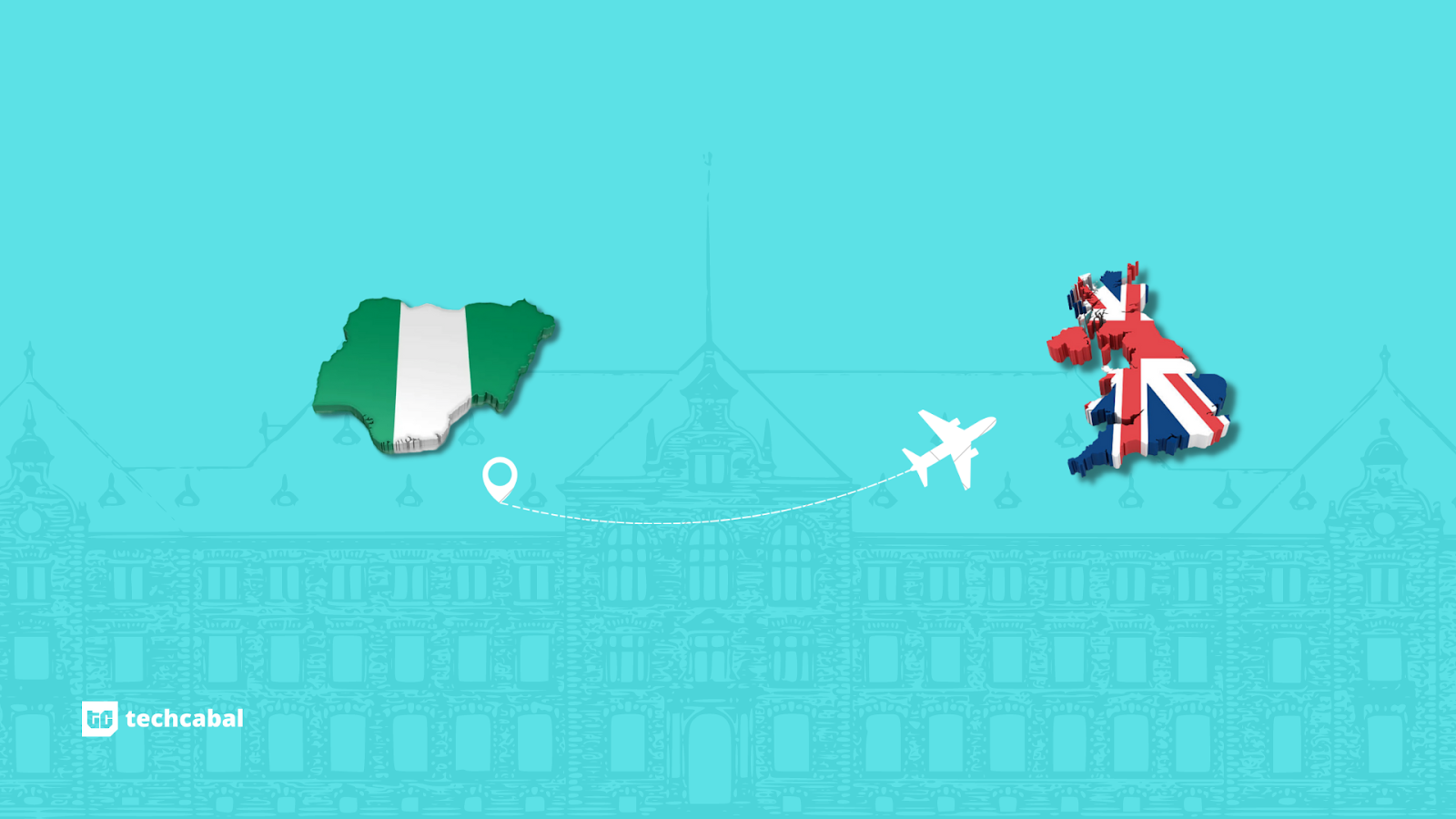 There are many parallels between Lagos and London. First off, the two cities are both the financial capitals of their countries and, as such, are a potpourri of different cultures. In recent times, another similarity between the two cities has been the population. Nigerian immigrants are the second most-populous group in London, behind only Indians. By June 2022, close to 66,000 Nigerians had been issued student visas to the United Kingdom, representing a +686% increase from the 8,000 visas issued in 2019. Within the same period, work visas saw a 303% increase.

For this edition of Digital Nomads, TechCabal spoke to two former electrical engineering students from the University of Lagos who found jobs in London immediately after graduating from university. They reveal how they both managed to get jobs at Goldman Sachs after their summer internships the previous year, how much they earn, and their overall experience.

TC: What was the application process for the internship like?

Ezra*: The first time I heard about Goldman Sachs was in 2017 when someone in a class above me got an internship. I was interested because they took them to London. I’ve been applying since 2018 but didn’t get in until last year. I think that I didn’t get in because of a knowledge gap and my little technical depth.

Last year, my preparation paid off because I started moving with groups of applicants for the internship. I spent a lot of time in 2020 learning algorithms and applying to other international companies like Google, Facebook, and Bloomberg. In my opinion, this all helped me to know how to prepare for interviews. It took a lot of patience and perseverance, but it paid off in the end.

Temi*: By the time I learned how to code during the lockdown, I already knew everything there was to know about the Goldman Sachs internship programme and had made up my mind to apply. I knew three people that got the internship in my department, so I knew that it was possible to get in.

The lockdown gave me the privilege of time, and I used that time to learn Python, then decided that my best path to the internship was through frontend development, so I learnt React and JavaScript. I also knew that I would need to learn data structure and algorithm fundamentals, so I read books every day during the lockdown. After all this, I built a portfolio and applied and got the internship.

What was your experience like transitioning from being a student at Unilag to working in London?

Ezra: First off, I think that the anticipation and the moments prior to leaving Lagos and working at Goldman outweigh the actual experience. People make it seem like you’re in heaven, but after a while, heaven feels pretty normal.

I love working at Goldman because it feels like I’m finally living my dream. I always felt so proud to take a picture of the office every day before I swiped in. I had worked towards this for years, but at one point, I wanted to come back to Lagos. There were a lot of cultural differences, and I missed my friends most of the time.

It has also been nice to have my own money. Before I got a job, I used to think that people that bought the latest iPhones were wasting money, but now that I can afford it, I pre-ordered the latest model.

I also like the fact that my team is multicultural. This has given me more context for what is happening worldwide and made me more of a global citizen. My team members here in London are primarily British, but we also have branches in New York and India, and I always look forward to the daily meetings we have.

TC: What has been your biggest challenge?

Ezra: I had a lot of anxiety during the confirmation period. My manager did his best to calm my nerves by assuring me that I was one of the best interns that had worked at Goldman, but the pressure was a lot. It felt like at every point you were being watched, and I didn’t know what the verdict was. Luckily for me, I had a lot of people that had gone through this stage and were willing to help out.

There were a lot of Unilag people, and I don’t think you can appreciate that until you get to the London office. Right now, Nigeria is synonymous with Unilag in London. Most of the time, when I told people I was from Nigeria, they automatically assumed that I was from Unilag. I think this can be attributed to how, back in university, the application period felt like a group project. Everyone helped each other, and now in London, once you mention that you’re from Unilag, everyone assumes you are smart!

TC: Tell me about the financial aspect

Ezra: I think it kind of balances itself out. Initially, when I got to London, I was surprised by how much I was spending on food, but then I realised that I was earning millions of naira, so it didn’t hurt too badly. The Nigerian in me still converts my expenses to naira, and I am shocked all the time. The prices in London can initially catch you off guard. I remember the first time I bought food from the cafeteria, and it cost £30. That was the last time I didn’t eat from home.

I got paid twice during my 10-week internship. They paid me after the first six weeks and again after the last four weeks. My first payment was almost £6,000, and the second payment was £3,000. You also get £1,000 in tax relief and some bonuses, which makes the total amount over £9,000 after taxes. The company also pays for your flight and your transport fare from the airport.

I haven’t resumed full-time yet, but my total yearly compensation as an analyst is about £80,000 before taxes, with a relocation allowance of £7,000.

My current rent is almost £1,000, and I send about £300 to my family in Lagos every month. I am currently building my wardrobe, so I spend about £300 on clothes.  My monthly budget for food, groceries, and transportation is £300–£400, but I always exceed the amount. I also try to save £1,000 a month towards my mortgage.

TC: What are your plans for the future?

Ezra: For now, I am not interested in looking for another job at another tech company. I like working at Goldman Sachs because of the culture and because I get to work in the finance sector. I hope I get to work here for a long time so that I can improve my skills.

Temi: I plan to leave London because the tax rates here are too high. The more you earn, the more your tax increases. I am just waiting till I get my citizenship, and then I will relocate. I might move back to Nigeria or Canada. I have not yet decided; I am waiting till I reach that bridge.

Names were changed for confidentiality reasons.

Japa: a Nigerian slang that means to relocate abroad

We’re open to applications from Digital Nomads. If you’re an African who’s travelling the world while working or living abroad for work, please fill out this form. 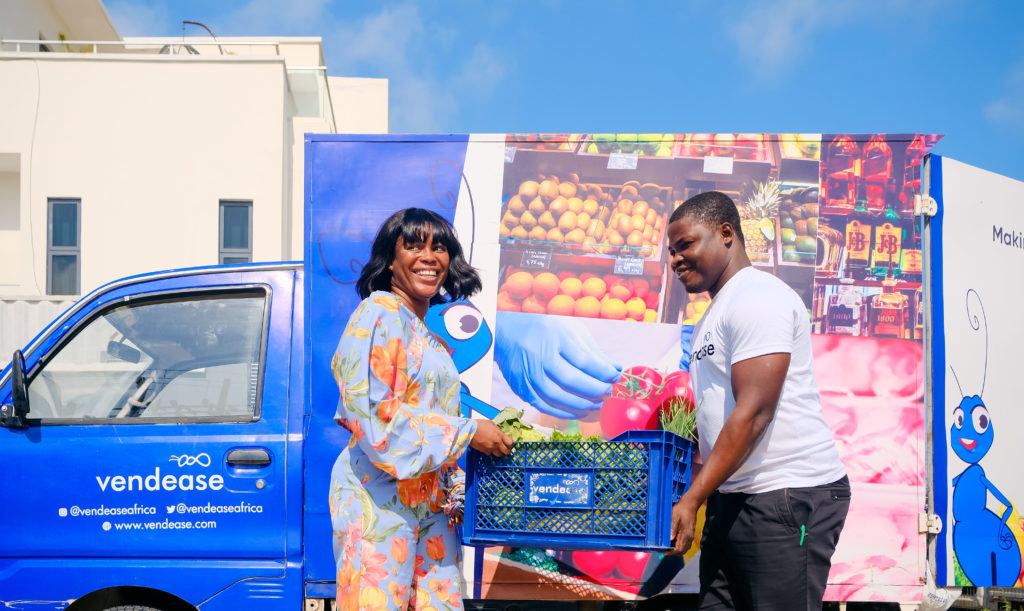