Digital Nomads: A Nigerian engineer’s journey from Ukraine to Malaysia, and now to helping businesses scale in Thailand 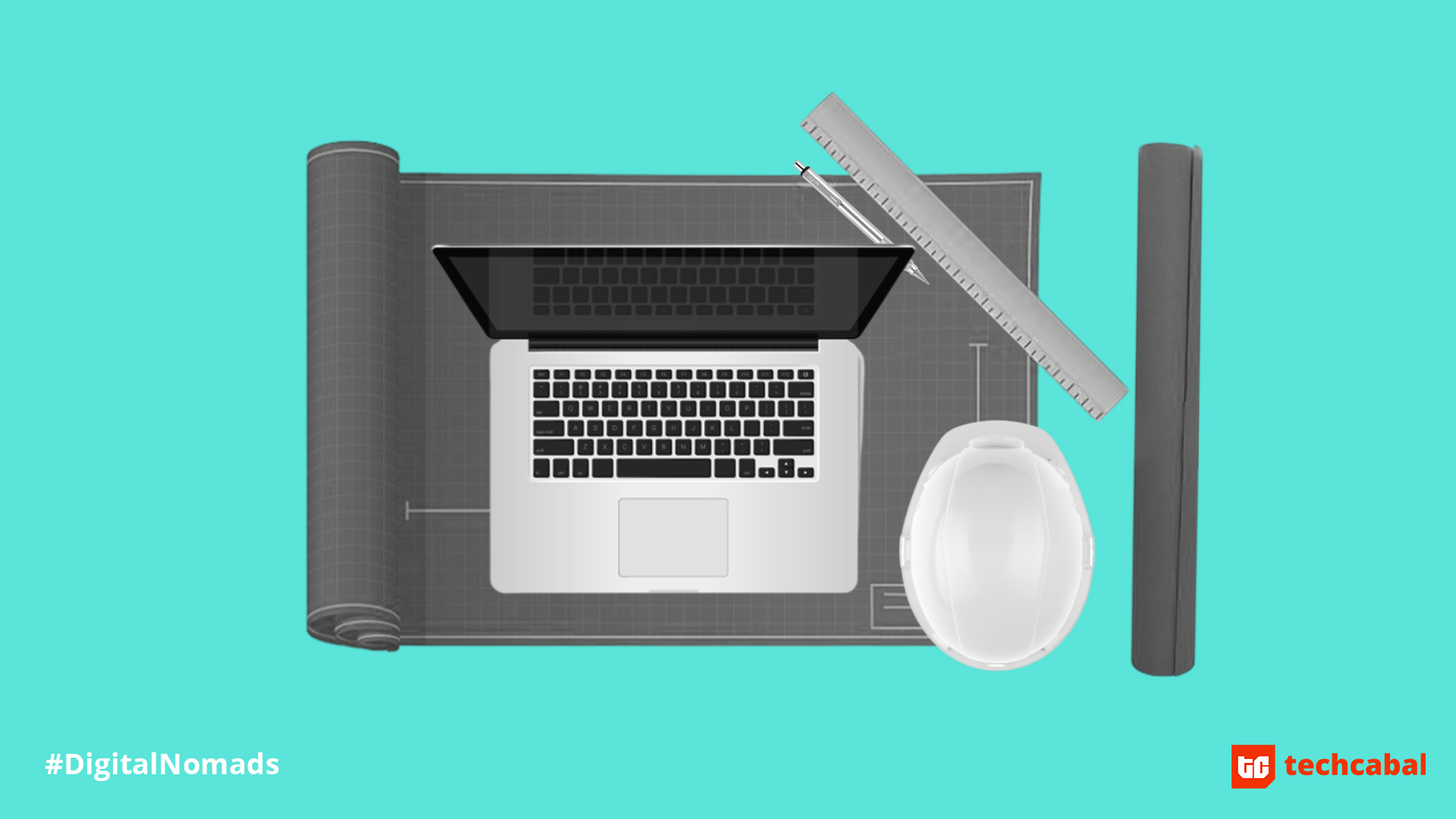 “Tourism has its uses, but it can mangle a city, especially a developing city, and flatten it into a permanent shape of service: the city’s default becomes a simpering bow, and its people turn the greyest parts of themselves into colourful props.”

In 2019, Bangkok, Thailand’s capital city received 22.7 million international visitors. It is ranked the top destination for global travelers, a title the city has held for four years running.

It is the city that Dare Oluwajuyitan has lived in for over a year now, the city about which he says, “you can go to a different place every night for one year and still not see everything.”

But his travel and tech experiences don’t start in Thailand, Malaysia or Ukraine, the three countries he has lived and worked in the past decade. It starts in Nigeria, where as a child, he had a sheltered childhood along with his brother and sister.

“My parents never really allowed us to go out much, we were mostly at home. We only went from home to the school nearby. It’s because we were always home so much that we had to create our own games and toys.”

Creating these games were an easy form of entertainment and Dare says he spent a lot of time making his own toys. “My mother encouraged it, so we made toy cars, torchlights and put pieces of everything together. We were always thinking of games to play indoors.”

As he grew older, the computer became the center of entertainment and at 15, he tried a one-week crash course in computer programming which he failed. “It was the first time I failed at something and because of that, I didn’t try programming again for a very long time.”

In hindsight, he laughs off failing at trying to learn Java and today, he says learning programming is not difficult. If you think an undergraduate degree in computer science comes next, there’s a curveball coming.

“I studied mechanical engineering in Ukraine.” It was the first time he would leave Nigeria and it kickstarted a life of travel and tech experiences across the world.

Dare’s note on choosing to study in Ukraine: I chose Ukraine because I wanted to be far from my parents. I only knew where Ukraine was on the map two or three days before I traveled.

Living in a new city and learning a new language

One of the first realities of studying in Kharkiv, Ukraine was needing to learn Russian, because it was the primary mode of instruction. Russian is believed to be one of the most difficult languages to learn because of its complex grammar rules.

Dare agrees that Russian is a difficult language. “In the first two weeks, I considered going back home because I was sure I could never learn the language.”

But in the end, he did, thanks to a year-long language class as well as having Ukrainian friends who spoke the language. With a firm grasp of the language, it became easier to navigate Kharkiv, Ukraine’s second largest city.

What’s city life like in Kharkiv, considering that he arrived in 2005 which marked the end of the Orange revolution.

My note: According to Wikipedia, the Orange revolution was a series of protests and political events that took place in Ukraine from late November 2004 to January 2005, in the immediate aftermath of the run-off vote of the 2004 Ukrainian presidential election, which was claimed to be marred by massive corruption, voter intimidation and electoral fraud.

“Kharkiv was a dull city and you could see that it was a city struggling to boom. I can compare it to Lagos in that although it’s not the country’s capital, it is the busiest city.”

But one difference between Lagos and Kharkiv is that where Lagos has an estimated 21 million residents, Kharkiv has 2 million.

Dare’s anecdote: the first thing I did when I arrived in my hostel in Kharkiv was drop my bag and go to the store nearby. I couldn’t speak Russian so I pointed at two bottles of Coca-Cola and for me, that was freedom.

Unlike Lagos, Dare remembers Kharkiv as organised and efficient. “Things were old but everything still worked, even the metro system that was some forty years old. Transportation, water and internet were also cheap and infrastructure was reliable.” That kind of efficiency is important in a city where the weather sometimes drops to -35°C.

While Kharkiv is a cold, old city, it is still Ukraine’s transport and industrial hub and there are hundreds of industrial companies in the city.

Industrial companies in Kharkiv build tanks, nuclear power plants and turbines. If you can think it up, they can build it.

It is the perfect place to study mechanical engineering and Dare says the learning process was focused on building and doing things. “A lot of our professors had built something or the other, and they shared their real life experiences. You learned from people who knew how to do things.”

Dare’s learning made him eager to return to Nigeria where he had dreams of landing a job where he could put his skill set to use.

A Nigerian interlude and life in Malaysia

“In 2011, I came back to Nigeria and my biggest shock was that it was so unpredictable.” But he would find his biggest shock in his career path, after getting a job at an engineering firm.

“In Nigeria, there’s a lot of fixing and repairing. There’s not a lot of infrastructure to build machines or automobiles. There’s no time or structure for design, we import finished goods.”

It prompted him to consider a career change and he tilted towards business where he said he wanted to understand how to use technology to drive value. He would work for a first-generation bank for the next three years in which time, he started to think about an MBA.

Deciding on an MBA destination: I thought of the US, the UK, Singapore and Canada. But I met some reps of a Malaysian University founded in collaboration with MIT and they convinced me. The program focused on innovation and entrepreneurship.

“I was particular about the quality of teaching because I needed to build my knowledge of business.”

Asia’s School of Business ticked all the boxes, with their action learning programs that allows students apply their classroom knowledge to real-time situations at two-month company placements.

It was a good experience, given the interesting startup scene in Malaysia. Away from the startup scene, what’s life like in Kuala Lumpur, Malaysia’s capital city?

“Kuala Lumpur is not a walk friendly city. People use the mass transit system, public buses and they drive a lot here.”

Malaysia is also a communal society much and the Western African idea of conformity and respect for authority figures is a big deal here. “Most people seem to have the notion of the common good, putting society first as well as the same Nigerian idea of respecting your bosses.”

Innovation and technology in Malaysia

According to this publication, “despite some drawbacks, the Malaysian startup scene is seen by many as booming.”

For Dare, the sectors driving growth in tech are telecommunications, lifestyle convenience apps and Big data and machine learning:

“The general push is trying to find out who can be innovative and cut down costs for users using technology.”

Dare believes  this is because most of their basic problems have been solved. Malaysia also has a young tech savvy population, with 15-39 year-olds making up 45.4% of the population and internet penetration of 81%.

It is easy to get accurate population data because the country has a national database.

“I was privy to see some of the structure behind the national database and it is really well laid out. Tied to this database is a national identity card which doubles as a payment card. The general theme of the country is that everything works seamlessly.”

Internet service is no exception. So how much mobile data can you buy with $5? It buys you an unlimited mobile data plan which gets capped when you pass the 5GB usage mark.

Reliable and fast internet service meant that research and schoolwork were also easy.

For the action-learning phase of his MBA program, Dare was placed in a company in Thailand. “We were trying to switch the company’s business model from a 1.0 to a 2.0 model so we did some consultancy work for them.” In layman’s terms, that means using technology to drive another stream of revenue for your business.

Thanks to the outcome of his action learning program, Dare received an offer to work with the company in Thailand after his program and he took them up on their offer without hesitation.

When a city receives 22 million visitors every year, it is a given that right from the airport, it must be functional. Yet, the city of Bangkok still leaves people with different opinions.

“Some people like the hustle and bustle of Bangkok and some people hate it because there too many people. People often compare it to Singapore, which is cleaner, and comes across as modern.”

It brings to mind my conversation with Cindy and what some people might call “authentic” travel experiences.

While there’s no one answer, what Dare and 22 million other travelers often agree on is the disposition of Thai people. “They are nice and warm and they have some of the best service levels in the world- they’ve been doing this for years and it shows.”

He also shares that it is the first city he has lived in where incidences of racism are few and far between. There’s much to recommend about Bangkok.

“The roads are nice, public transportation works and Grab, the ride-hailing service is big here.”

Grab is a multinational company that offers ride-hailing services, food delivery and financial services on a single platform. It is also valued at $14 billion. Dare says that while they’ve not attained super-app status yet in Thailand, they’re almost there.

But Grab is hardly the only game in town in Thailand. Electronics and manufacturing are also pretty big sectors in Thailand.

“Thailand for me is mobile-heavy and some of their apps are the best I’ve ever seen, especially for banking. Bank apps here have integration with QR codes and there’s so many services integrated with the payment system. You can pay your electricity bill by scanning it,” he says.

Dare’s note: if you’re hoping to get a job in Thailand, there are opportunities for full-stack developers. Core software engineers are also valued here.

It is why, in the end, Dare ranks Thailand a 7 because the technology is concentrated in the banking sector and is absent in so many other areas. Malaysia gets an 8 because everything is synchronized and Ukraine gets a 5.