Digital Nomads: Nairobi to Lagos, the city where technology fails to meet up to expectations 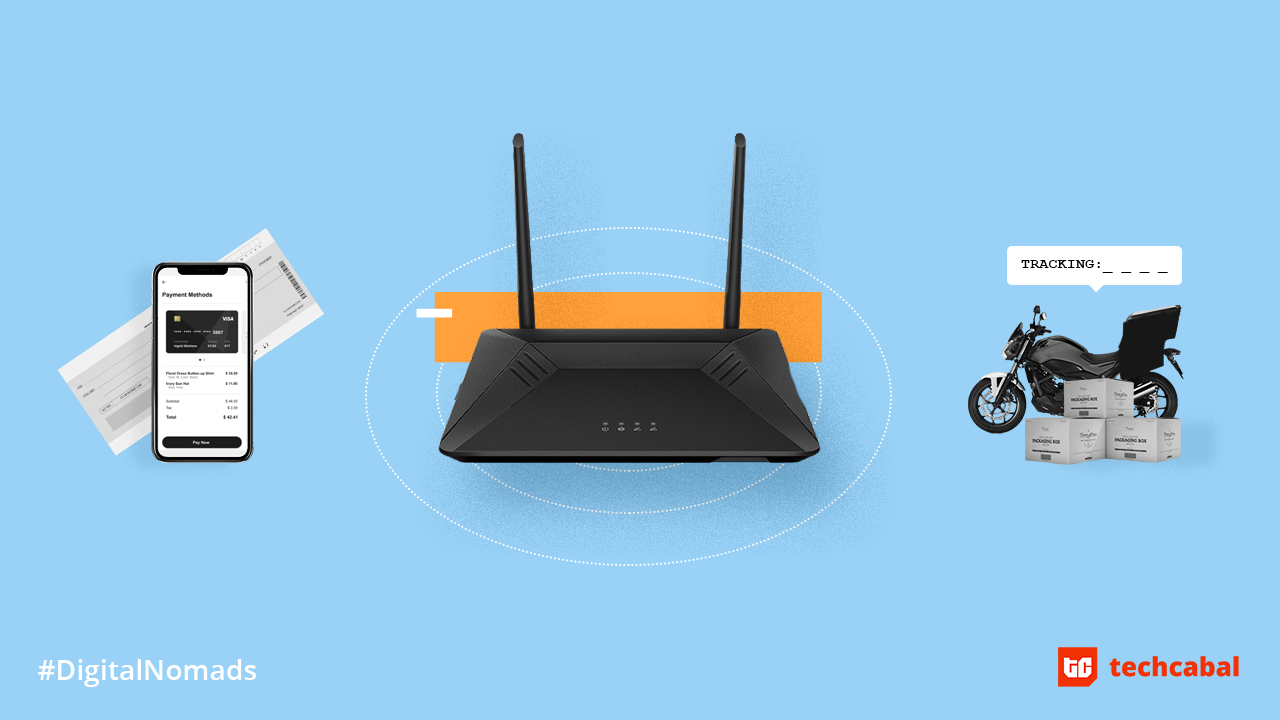 When you ask people the most interesting countries they’ve lived or worked and they share their experiences, the answers are never what you expect. Afghanistan, Somaliland, the deserts of Saudi Arabia are some of the countries people are starting new work lives.

“I was born and raised in Nairobi to an average Kenyan family,” she shares, as she recounts a childhood where she had the privilege of attending some of the country’s best schools. She also has a history of never being afraid to try new things.

“I used to take part in all sports: nothing would stop me from trying something if I put my mind to it. So I ended up playing all sports; football, cricket, rugby, golf, swimming, sprint and I tried marathons. Anything I put my mind to, I went out and tried.”

“In the last few years, I set my mind to go on a trip at least once a year. I started that with Dubai and then I went to Malawi and Capetown and during that time, I got the urge to move around.”

In time, Nairobi began to seem too small for Cindy and she started to pursue other work options outside of Kenya. What happened next seemed fortuitous.

“I had gotten a job offer, but then my company which had opened an office in Lagos six months earlier gave me an offer to instead move to the Lagos office.”

Her role at the Lagos office would be to bring the office up to speed with the processes and operations they had in Kenya. Without a doubt in her mind, she packed a bag and moved to Lagos.

Wasn’t the prospect of leaving everything she knew to start over daunting? For Cindy, it wasn’t.

Instead, she says: “it’s the need to get a new start.”

From Nairobi to Lagos in search of a new start

Cindy’s note: A lot of people ask me, “why Lagos?” A lot of Nigerians I knew told me: “any other place but Nigeria.” But people say if you can make it in Lagos, then you can make it anywhere. I liked that challenge.

“Mentally I was prepared to come to Nigeria. Prior to the decision to move to Lagos full time, I was supposed to be here for a week or two for a knowledge transfer.”

But there’s such a big difference between visiting a country for two weeks and starting a new life there. “I told myself not to have too many expectations. I didn’t want to be in a new foreign country from home and be missing home.”

So Cindy’s method for dealing with the possibility of homesickness was to mentally commit to spending at least one year in Lagos. Her family didn’t think it was that straightforward, as they worried about her ability to survive in Lagos.

The city of Lagos is not short of mentions in popular culture. In Wizkid’s “Ojuelegba,” Lagos is a smorgasbord of sights: public buses, a frenetic city in motion and small businesses peeking from every street. How different is “pop culture Lagos” different from a city experience?

“Because I did not do a lot of research into what to expect, the only image I had of Nigeria and Lagos came from movies, what I read on Twitter and saw on Instagram. Nigerians are sort of loud people. They make it look like Lagos is this heaven on earth if you’re a foreigner consuming only information they allow you to see and hear.”

On arrival, Cindy found Lagos to be chaotic and confusing right from the airport. Cindy uses the word “chaos” four times in almost one minute and says the “chaos kept curling.”

She describes the Lagos of Chimamanda’s essay that will not “court you”. “Nothing about Lagos was crafted for the tourist, nothing done to appeal to the visitor.”

In the end, Cindy agrees with Chimamanda’s assessment: “what I had in mind was not what I saw. I was expecting something at the level of Cape Town because of what I’d seen on social media.”

Despite the difference between social media and reality, she had other things to worry about like getting a SIM Card and setting up a bank account.

“I got my SIM card at the airport and it took at most 15 to 20 minutes. It took the same time as it would have in a Nairobi shop or the same it took me in Cape town the week before.”

While SIM registration has been easy, she says public buses are not something she’s willing to try yet.

“I’m not too sure I have the heart to go into the Lagos danfo yet but I intend to try the BRT at the very least. For the most part, I’ve been using Uber, Bolt and private cars.”

We talk a bit more about the chaos of Lagos city transportation before switching tracks to technology. With one publication naming Kenya Africa’s leader in new technology in 2019, it is one of the continent’s leading countries in mobile payments. It is also worth mentioning that the East African country is also currently on the road to implementing digital taxes.

With her extensive experience using fintech apps and MPESA in Kenya, how do Nigeria’s banks and fintechs compare?

“Trying to get a bank account set up as a foreigner is a painful process. I did not have a bank account for about three to four months after I came into the country. The process requires a residence permit and it is tasking.”

But she’s quick to try to put it into context. It is the first time she is opening a bank account as a foreigner.

Cindy’s anecdote: The first bank account I opened, I closed within a month because of bad customer service. I got to a point where I threatened to close down the account. I asked them to send me the forms, thinking it would scare them into better service. And  they sent the forms to close the account.

Eventually, she opened a second bank account and she says they have been good till date apart from the odd problem here and there.

“There are differences in banking in Kenya and Nigeria. In Kenya, a lot of people rely on mobile money to make transfers. It is rare to come across people making mobile transfers. They would rather write a cheque or withdraw the money via MPESA and send it to you.”

“In Nigeria, bank transfers are the way to go and I find it very fascinating.”

“In Nigeria, I do not have to calculate the sending charge or the tax on it: it’s not top of mind and it’s a breath of fresh air.”

Despite these pros, it remains difficult to send money out of Nigeria, thanks to the country’s restrictive FX policy. Cindy works around this problem with apps like Chipper Cash.

Yet, away from banking, her assessment of technology in Nigeria is that the country falls short. “For most of the other things I normally would use at home when it comes to technology, it’s a bit puzzling for me because I would expect Nigeria to be far ahead of the game especially for how far they are ahead in the fintech game.”

A city behind on technology

I ask Cindy for specifics on where Nigeria falls short in technology and her first instance is with the global coronavirus pandemic.

“The coronavirus period made it visible for me as to how Nigeria is behind when it comes to being able to do online shopping. I think people start to pick up on this, it’s more on WhatsApp and less on proper portals.”

We continue down the rabbit hole of all the ways Cindy says Nigeria falls short usually on the basics, like internet and broadband penetration.

“A few weeks ago, I was doing some research for some coursework and it hit me that Nigeria’s network coverage is little for the number of people within the country. I compared the numbers to Kenya’s numbers.”

Fact check: According to the Internet world stats, Nigeria’s internet penetration is 61.2% compared to Kenya’s 87.2%

“Besides mobile data, what I find difficult to deal with is home internet which seems to be a rare option. In the cases where you find a service provider that can do that, you’re almost paying an arm and a leg.”

Cindy says that even with the prices charged for home internet, it often comes with a lot of push and pull as well as downtimes. She contrasts the Nigerian situation with Kenya where Safaricom has been able to push the boundaries of the kind of home internet in the country.

The internet is only one instance. She is also puzzled by how logistics and dispatch services operate in Lagos.

“When it comes to deliveries, I have not come across a tool that allows me as the buyer to have visibility on where my delivery is. I have to rely on the vendor or the rider to give me a call and let me know where they are and when they will get to me.”

In a time when we’re relying more on grocery shops making door deliveries, there’s no doubt that a tool like this will make all the difference.

In the end, she agrees that both countries have more to do in terms of technological growth. “While there’s a lot of excitement, there’s still so much to be done and there are ideas that are yet to be tapped into for Africa.”

But where do both countries rank on a scale of 1-10 for Cindy’s tech experiences?

“I’ll put Nigeria at about a 6 and Kenya at about an 8 or 9 based on where they currently are.”