‘I think that in ten years, femtech will be huge’, Joanna Bichsel on building Africa’s first femtech e-commerce company 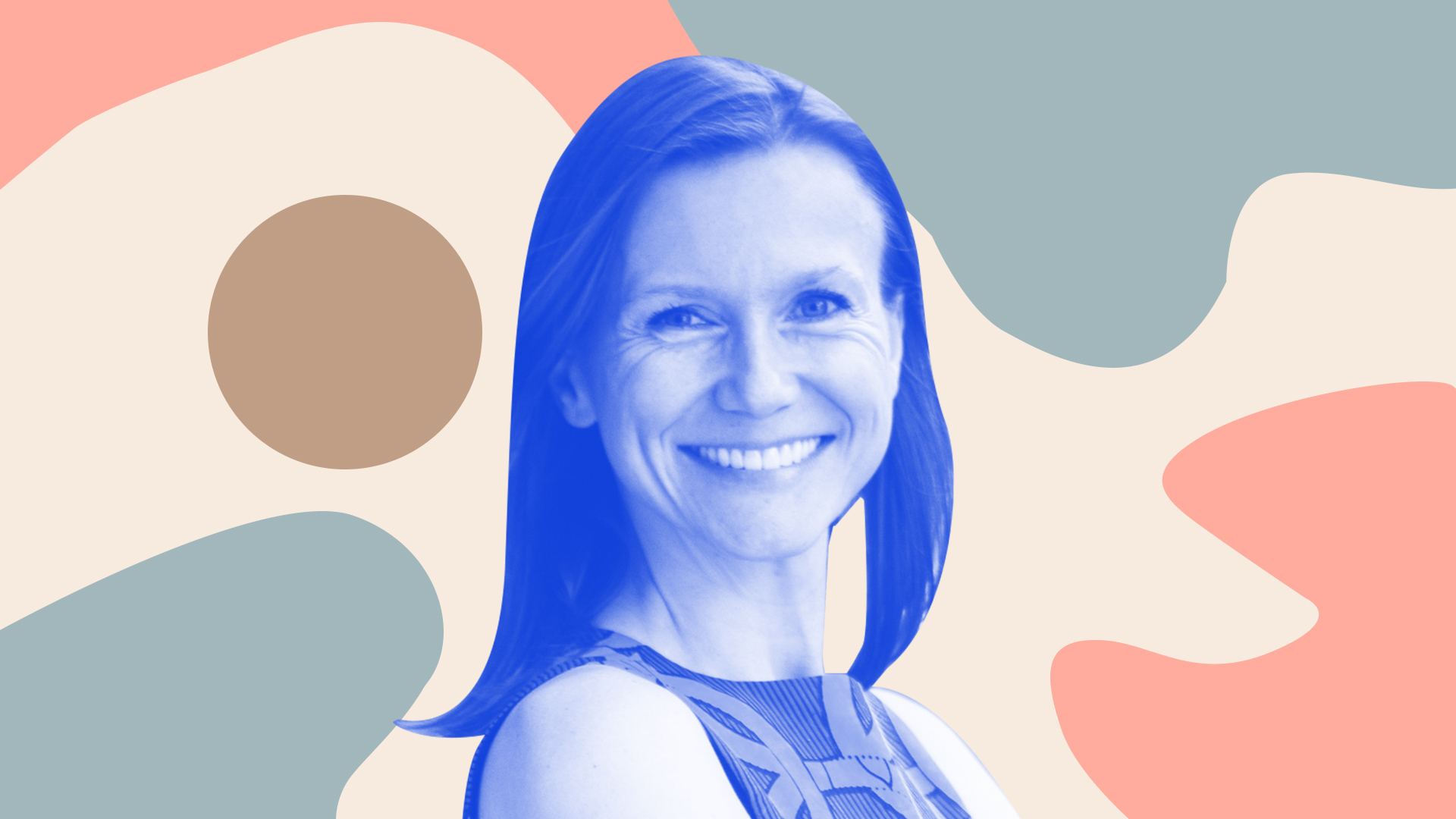 Joanna Bichsel wanted to build something for women. So she launched Kasha, named after her second child, and possibly Africa’s first femtech e-commerce platform. Kasha is now present in Rwanda and Kenya and more countries will follow soon. Bichsel talks about her journey in tech and experiences as a first-time founder in this edition of My Life in Tech.

On average, women menstruate every month for 40 years of their life. Depending on blood flow, a woman will purchase at least 960 packets of sanitary pads in her lifetime at two packs per cycle. Pads, tampons, menstrual cups, the whole gamut of menstrual care products take the largest share of the US$31 billion feminine hygiene market projected to double by 2026. Joanna Bichsel, co-founder of Kasha, an e-commerce platform for feminine and baby care products, is looking to tap into this market and is championing the nascent femtech segment in the continent.

Bichsel’s family emigrated to Canada from Poland when she was a child. She loved the sciences and longed to be a medical doctor. This would change in university after her first programming class.

After graduating with a computer science degree, she went on to Microsoft where she worked for over a decade in various capacities. Driven by interest in emerging markets, Bichsel also began advising the Bill & Melinda Gates Foundation pro bono on technology development in East/West Africa and South Asia. You know how an event causes you to rethink your life’s trajectory and decide if its course is really aligned with your purpose and vision? For Bichsel, it was the birth of her first child. And so when an opening came at the Gates Foundation, she took it. In the next three years, she worked across various sectors and with entrepreneurs who were creating technology-enabled solutions in healthcare, financial services, and agriculture. The birth of her second child proved to be another reset. And this is when the idea for Kasha came, named after her daughter.

“When it was started, it was like, well, let’s see for three months, will people buy anything? Will they come back? And after three months, we did. We had customers and people were coming back and so we had enough indicators to show that we should keep going.”

Women are extremely influential consumers, Bichsel says, and they are more often than not the financial decision makers when it comes to healthcare, nutritional and sundry needs of the household. And for a population that controls a US$31 billion market, Bichsel wasn’t seeing any tech-enabled feminine care solutions targeted specifically at women.

“It’s like, there are not solutions for the most influential consumers!”

Kasha launched in 2016 with co-founder Amanda Arch (a friend whom Bichsel says, although is no longer with Kasha, continues to be a part of her core support system).

The platform is optimised to help women across socioeconomic classes and through online and offline channels access genuine feminine healthcare, medical, beauty and personal products including baby products and culturally taboo products like contraceptives. But men shop on the platform too and Bichsel says currently, 17% of Kasha’s customers are male.

Kasha first launched in Rwanda, is now in Kenya and has served over 70,000 unique customers, 65% of which are low-income and have delivered over 700,00 product units.

Choosing where to launch Kasha

Bichsel says one of the many questions investors raised early on when she ventured into fundraising for the business was, why Rwanda?

Average household income is US$400; majority of the population work in agriculture, 70% of these, in subsistence agriculture; GDP per capita is US$801. But women makeup 51.8% of the population and Rwanda seemed like the appropriate market to test the idea and figure out if Kasha was a viable business.

“Having a smaller market minimises some of the other complexities of starting the business,” she says.

“There’s a lot you don’t know until you start running a business in a  country. It doesn’t matter what you read or how much time you spend doing this or that, until you are running the business, growing revenue, you just can’t really know.”

Rwanda’s pro-business environment and its government’s unequivocal support and efforts to attract technology businesses was also contributory to the decision to begin in Rwanda. Plus, there was the earlier experience working for the Gates Foundation in the region particularly in Kenya and the familiarity with the countries.

Bichsel says one of the most challenging aspects about running Kasha, especially at the beginning stages, was funding. Coupled with the fact that as  a first-time founder, she had no experience with fundraising, investors did not get the specificity of the service, the choice of market and the focus on women’s products.

“I would get questions like, but why would you focus on women? Why would you limit yourself?”

“And these questions were mostly from male investors,” Bichsel recalls, “female investors got it right away.”

But, as the business has grown and with more evidence of its viability and its traction, she says it has become less difficult to fundraise. In April, Kasha raised a US$1 million investment from the Finnish Fund for Industrial Cooperation Ltd. (Finnfund) as part of an ongoing fundraising round.

“I would honestly say that running the business was easier than fundraising,” she says.

And running a business in two very different markets can be hard. Different kinds of hard, as she puts it.

For instance, while Kenya boasts of a more developed e-commerce sector, learning what worked in Rwanda and generally being able to meet customers where they are has been crucial. Gaining trust in both markets especially because feminine care products are such a delicate area and quality is very central to where women source for these items, has also been something to tackle. Kasha, for this reason, does not run or intend to run a marketplace model but sources its stock directly from manufacturers as a quality control measure. There are challenges with the logistics of these imports especially in a landlocked country like Rwanda.

Infrastructure to get items directly to users is also challenging and differs for each market.

Running a company, Bichsel says, is more like a personal development journey. Every phase is new, demands new skill sets and renewed drive, and is a constant iteration of overcoming new challenges in the business’ lifespan as it moves through its crests and troughs.

Of course, choosing the right teams in its Kenyan and Rwandan offices, understanding the nitty gritty of the e-commerce business, and laser focus on Kasha regardless of competitors including companies like Jumia.

However, she’s quick to note that the real competitors are the physical shops whom consumers trust more than the online commerce platforms.

The future of femtech in Africa

Kasha launched the same year the word, femtech was coined. What she remembers around the time Kasha launched was an increased intensity in global discussion around women’s access to contraceptives. This, coinciding with global crusade  like the #MeToo movement spurred the sector on drawing attention and support towards this category of technology-enabled healthcare solutions that centered female users.

On contrarian perspectives about the relevance of a femtech niche (which is relative given that the segment actually serves about half of the global population), Bichsel says matter-of-factly, it’s okay, okay to have a femtech sector because men and women are different and approach life differently, including how they shop.

“As a female engineer, I look at solutions differently, and I think a lot of [tech] solutions are not [designed to] serve women’s needs,” she says, “especially health products.”

“I think that in ten years, femtech will be huge.”

Bichsel says her entrepreneurial journey has been made a lot easier through the support of her family, former bosses who made angel investments in the company when she first started four years ago, and the teams driving its growth in its current markets.

Thankfully, there have been no layoffs within the company as a result of the coronavirus pandemic and in spite of being apart, team members have found ways to stay connected and motivated across borders.

“We have fun virtually, whether it’s showing baby pictures and guessing who that is or whatever, we’ve tried to engage in fun activities across both countries so we can stay motivated and not be just so serious all the time.”

Bichsel is unequivocal about where she wants the company to go in another five to ten years.

“I want Kasha to be the biggest platform in the world for women’s healthcare and self care products specifically built for emerging markets,” she says.

Since expanding into Kenya, Kasha is looking to enter the west African market or launch in more east African countries next. Eyes are also set on Southeast Asia and the Middle East as it looks to become a global femtech e-commerce company.