Exclusive Disney deal expands FilmOne’s West Africa dominance, but what are the risks? 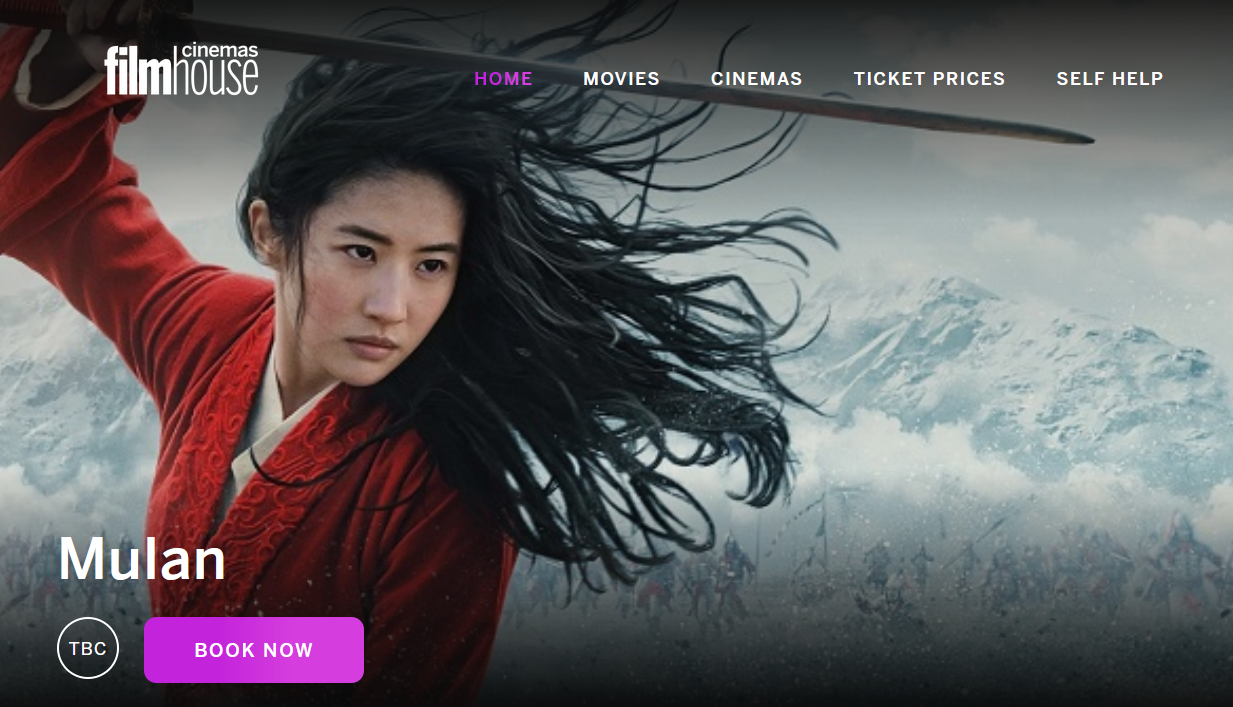 A screenshot from FilmHouse cinema's website teasing a screening for Mulan, the Disney-produced picture.

This month, FilmOne entertainment became the exclusive distributors of all Disney movies in Anglophone West Africa, fortifying the Nigerian company as the kingmakers of film content in the sub region.

FilmOne is the distribution and production sister company to FilmHouse, a cinema chain with 34% market share of the film exhibition industry across Nigeria, Ghana and Liberia.

Compared to distributors like Silverbird, Blue Pictures and Genesis, FilmOne covers 42% of the film distribution sector.

They produced and/or distributed 15 of the top 20 Nollywood cinema releases in 2019. They are among a select list of agents that license Anglophone West African films to Netflix.

This Disney deal validates FilmOne’s leadership of the West African film sector, especially the role they have played in tracking receipts and audience engagement for content creators.

In 2019, films produced by Hollywood studios grossed ₦4.62 billion from cinemas in Nigeria, Ghana and Liberia. That accounted for 72.5% of total box office returns in the region.

Avengers: End Game, The Lion King, Captain Marvel and Aladdin – all produced by Disney studios – were in the top five most viewed films in Anglophone West Africa last year. Disney movies raked in ₦1.6 billion, making up 34.6% of the Hollywood share.

Whether it’s for the quality of the art, to stay up to date with the Universe or feed nostalgia, movie-goers are predictably enthralled by Disney pictures. It means that screening Disney releases is one of the surest ways to fill your seats as a West African cinema owner.

According to Moses Babatope, managing director FilmOne, any cinema with the right light, sound, projection, and box office reconciliation systems will be able to screen Disney titles supplied to them by FilmOne.

On the possibility of this deal growing FilmHouse’s market share, Babatope says the company’s main goal is to help grow the overall box office size of the market: “The market share is a by-product of this in our opinion,” he says to TechCabal.

After surviving six months of business shutdown due to the coronavirus pandemic, FilmHouse has started opening its doors to the public again this month. In July, Babatope complained of losses of up to ₦5 billion ($12.7 million) when they had nothing coming in from ticket sales, food, advertising and hall rentals.

Part of FilmOne’s argument in this Disney deal, which took effect on September 1, is that they are the distributors of choice when it comes to uncovering significant opportunities in the cinema sector despite the pandemic.

“There is a lot to be done to unlock real value for our cinema investors and film producers by making cinema going attractive to prospective audiences,” Babatope says.

He believes that by having the right content and marketing it rightly, cinemas will still be attractive out-of-home hangout spots and entertainment options for leisure seekers.

The Disney brand may well be captivating enough to overcome heightened consciousness about personal health in public spaces. But the company’s most recent big release has made headlines for the wrong reason, a potential red flag for exclusive deals as FilmOne’s.

Mulan, the live-action epic based on a 200-year-old Chinese legend about a girl who disguises as a boy to enrol in the Chinese army. It was supposed to be an inspirational recreation of an animated classic, following Lion King’s lead.

But Disney has been heavily criticized for shooting parts of the movie in Xinjiang, a province in China.

Multiple reports have accused the Chinese government of running internment camps for Muslim Uighurs in the province, leading to human rights abuses. In the final credits for Mulan, Disney pays homage to a government security agency in the province, the BBC reports.

As a result, a #BoycottMulan campaign has been viral on Twitter this month, in protest of Disney’s perceived complicity in the Chinese government’s bad behaviours. The film’s main star has also been caught in the outrage after she supported a government crackdown on pro-democracy protesters in Hong Kong.

Coverage about Mulan has been banned in China. It’s been a setback for Disney’s aspiration to cultivate a mass audience in China’s fast-growing film industry by telling stories that find appeal to the Chinese people.

As of this publication, Mulan is featured on FilmHouse’s website with a TBC (to be confirmed) tag. Maybe Nigeria isn’t (yet) the kind of market to boycott movies because of politics, but how would FilmOne deal with a potential load of Disney titles no one wants to pay for?

Babatope’s response is that “if there were aspects of a film that might be controversial in Nigeria, we would be able to advise Disney on the potential impact. Part of our role is to provide regional context for our global partners.”

But this context is provided to partners after the film has been shot and produced. One implication is that West African consumers of Disney content may experience a lag in the movies available in their cinemas, holding on for reception to releases in other markets.

When reception is overwhelmingly negative, it could result in negative feedback loops which do nothing for ticket sales.

That said, the upside in an exclusive distribution deal of this magnitude is too good to turn down. For FilmOne, it vastly expands their Hollywood offerings to a market that unabashedly still favours foreign films over local content.

Films from Hollywood studios made up 80% of box office sales in West Africa in 2015. The ratio has gone up and down in the five years since but Nollywood releases have never accrued more than 33%.

This deal brings up the question of further crowding out Nollywood’s chances of making a greater impression in cinemas. But Babatope points to the fact that more Nollywood movies are shown in West African cinemas than Hollywood titles. In 2019, the ratio of releases was 62:38 in favor of Nollywood.

In other words, box office share is more about producing appealing content to target demographics and less about the number of films being shown. As the audience votes with their wallet, FilmOne follows suit.

“As a distributor, we will always have a say in which films we think will do well in this market, [but] cinemas cannot be forced to programme films that will leave seats empty,” Babatope says.