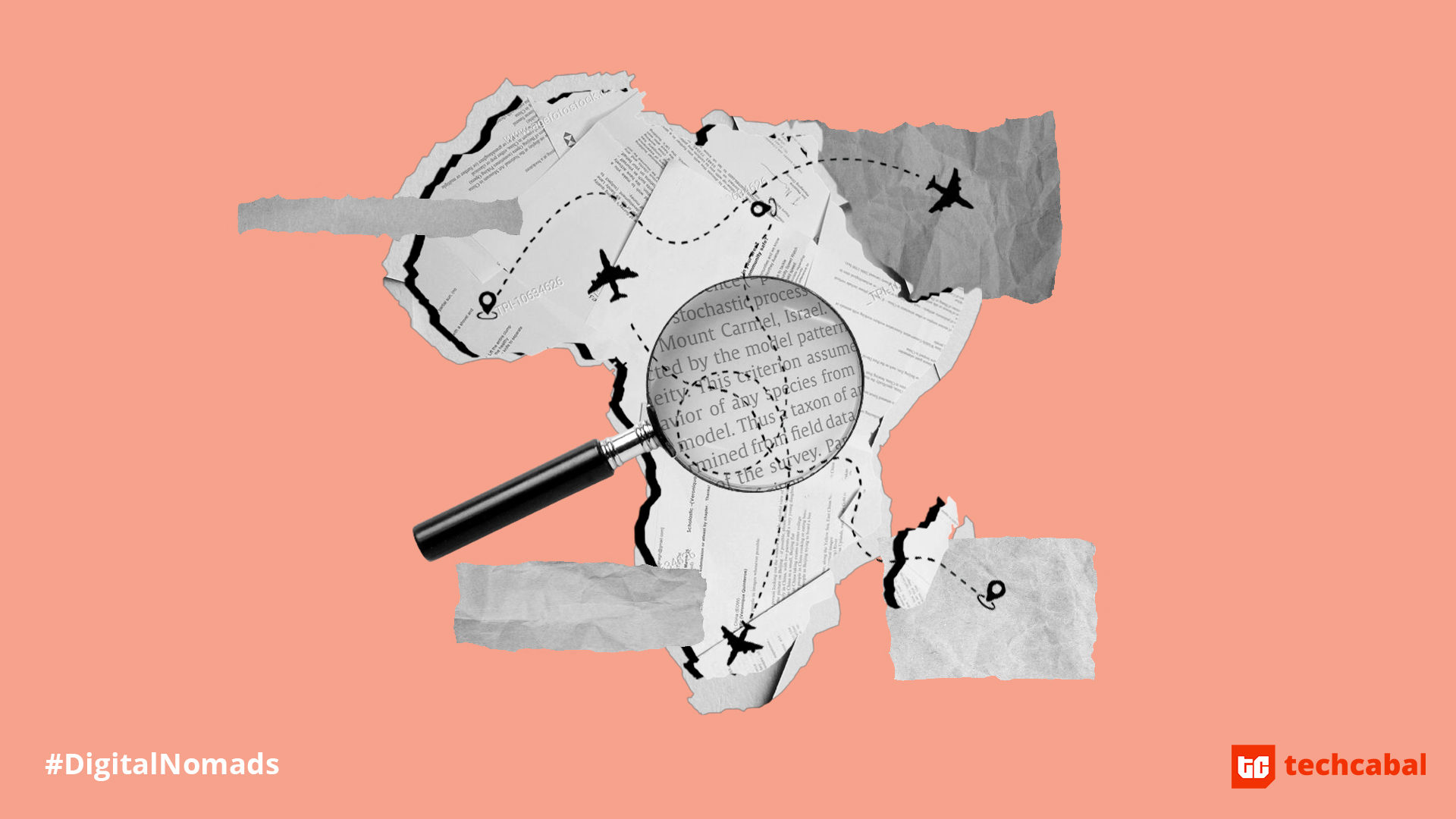 During the week, I wrote this newsletter about how more African media businesses are focusing on providing data as a service. Reliable and actionable data is difficult to come by about many sectors in Nigeria and I said in that newsletter that these companies are trying to solve a real problem.

So this week, I’m speaking with Chukwudi, a researcher and academic who is doing a PhD at Nigeria’s University of Calabar. He has presented research papers in Cote D’Ivoire, Ghana, Japan and only missed out on presenting a paper in Spain because of a visa rejection.

He tells me he is interested in economic geography, which in the simplest sense is the subfield of geography which studies economic activity. The longer explanation is a lot more complex.

“Although my PhD work is in conflict and focuses on the socioecological drivers and impacts of the conflict between pastoralists and farmers, I have a bias for economic geography.”

“I have presented research papers outside Nigeria three times, and two of those three papers are on economic geography.”

One of his more recent papers, presented in Tokyo, talks about the complexity of spatial interaction in international trade within and outside ECOWAS. In simpler terms, his paper looked at the complexities involved in the movement of people, goods and ideas within ECOWAS.

How Chukwudi got to present his paper in Tokyo: I am a member of a group called the “Young Scholars Initiative,” funded by the Institute of New Economic thinking, a US-based organization. They give travel grants to researchers whose papers are accepted.

I’m not going to these countries to present papers, I’m presenting solutions; for me, that’s the goal.

While knowledge sharing is noted widely as one of Africa’s biggest problems, a related problem is the absence of quality research.

“In Nigeria, we are not inclined to solve problems through research, we use our discretion for everything; from setting up businesses to making policy. I think research is important, not for the shelves, but to try to see how they can be applied for decision making.”

Chukwudi’s note: Finance and tech are the hot sectors currently. ICT is in everything which is why, in Geography we have Geographic Information Systems (GIS). GIS allows for collection of data that has the context of space (longitude and latitude). An example of this is the location of banks or the location of the bank’s customers.

Despite the general belief that there’s not a lot of research going on in Africa, Chukwudi shares a different view.

“There is a lot of research going on, especially at the postgraduate level. The problem is that the researcher has to make extra effort to make his research accessible to the people who need it.”

“For example, I did a research on flooding in Nigeria and I reached out to the minister of state for the environment on Twitter to talk about my findings.”

Another way for researchers to avoid the trap of their research work ending up in dusty shelves is to get their work in reputable journals. Chuwkudi also mentions that organisations in Nigeria are beginning to adopt some research for their decision making.

In real time, how can organisations use Chukwudi’s research in making business decisions? An easy example is an agricultural company that is looking to set up a tilapia farm. The kind of information that a company needs is to know the most suitable site to set up their farm.

Chuwkudi’s note: We need some kind of repository so that when postgraduate students or companies collect data on healthcare, agricultural or other sectors, they can upload this data to the repository. This way, we can create secondary data for future students, instead of repeating the process of collecting data years down the line.

What kind of technology is in the everyday life of a researcher?

“I frequently access satellite imagery which I use for my analysis. I also do some web mapping on an online platform. Apart from these, my phone is my most adopted technology and I use it for navigation and for spatial and attribute data collection using some dedicated apps.”

When you put it like that, academia doesn’t sound as boring as I initially imagined it to be. Especially when it gives you opportunities to travel around Nigeria and the world.

“I have attended several conferences in Nigeria where I’ve presented papers. I’ve traveled to Nasarawa, Ibadan, Port Harcourt and Calabar to present papers.”

“Beyond presenting papers and networking, these conferences are a great opportunity to tour these cities and visit interesting places.”

Chuwkudi’s first opportunity to travel outside Nigeria to present a paper was at a Globelics conference in Ghana in 2018. In Ghana, he visited the University of Accra and was impressed by how clean the premises were.

“I have visited a lot of universities in Nigeria. Very few of them look as good or are as clean as the university of Accra.”

He also visited Côte D’Ivoire in the same year and says Nigeria’s West African neighbors give a sense of calm.’

“I went to Cote D’Ivoire by road to get an experience of our West African neighbors. One thing I noticed is that a lot of other West African countries are a lot more organized than Nigeria.

“In Abidjan, you can be stuck in traffic and no one would jump queues or break traffic rules. Power supply in Abidjan is also better than Nigeria.”

But one thing Chuwkudi struggled with in Abidjan was the language. “I used Google translate to try to communicate with cab drivers, but it was such a hassle. Some of the cab drivers didn’t understand anything I was trying to say.” It was still a good experience for him nonetheless as he found the time to visit some of Cote D’Ivoire’s tourist sites.

Outside Africa, he has had his papers accepted at Barcelona and Tokyo. The conference in Barcelona was slated for 2019.

“Only ten of us from Africa were selected to present our work at an event in Barcelona in October 2019. Unfortunately, my visa application was denied. It would have been my first trip outside Africa.”

But in January 2020, the Network Science conference invited him to Tokyo to present a paper on international trade.

Chukwudi’s note: I spent two days flying to Tokyo, which is my farthest distance travelled so far. It is a beautiful and organised city and it is lit up. They say that you can see the

lights in Tokyo from space.As to the people, the Japanese come across as respectful even though they’re not sociable.

One of the surprises Japan presented for him was that despite its technological advancements, it’s still a city that is heavy on cash.

“Tokyo is a city where there is WiFi everywhere. On the trains, in the shops, at conference venues, everywhere. Yet, one of the things you notice is that people spend cash here almost all the time.”

“On the second day, I went out in a group to get lunch and we noticed that most of the places we visited did not accept card payments. You have a long stretch of streets with maybe one or two shops accepting card payments. Many ATMs in the city don’t even run for 24 hours.”

One of Chukwudi’s theories on why internet banking is not popular in Japan is that the country has an aging population.

It’s an interesting place to end our conversation, with the economic implications of an aging population on otherwise developed countries.