On the scaleup with Eloho Gihan-Mbelu 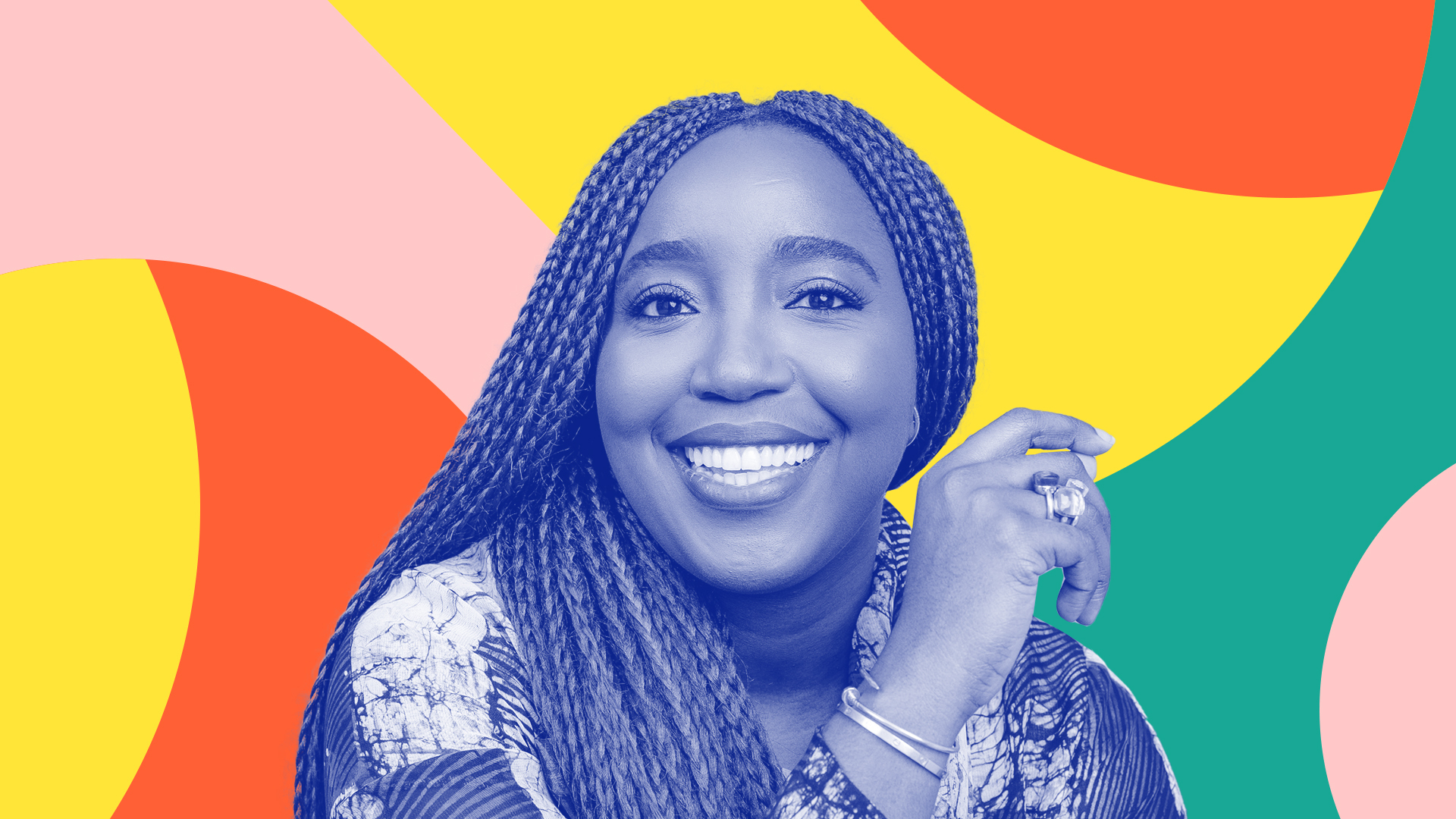 Founding Managing Director and CEO, Endeavor Nigeria, Eloho Gihan-Mbelu wants to enable more large, complex companies scale. With a 20 year career in investment banking and growth private equity, her work rests on the belief that scaleup companies hold immense value for the communities and the economies that they serve. She shares her journey to Endeavor and some very useful lessons on career, managing teams, failure and gender equity.

As a woman treading the entrepreneurship path, Eloho Gihan-Mbelu moved away from the typical professional career paths prevalent in her family. But if there was an earlier example of large scale business operations and growth she witnessed as a child, it was watching her father launch and run a now defunct airline in the 80s’.

“My father is a retired commercial pilot and I remember when I was about 8 or 9, my father and three of his friends started a commercial airline called ADC Airlines,” she says on our call.

“I remember thinking as a child that that was the most fascinating and exciting thing I had ever seen anybody do.”

Visiting first hand and seeing the complex operations behind the scenes became her first exposure to business, entrepreneurship, co-founder dynamics, and scale.

Certain only that she did not want to toe a more professional path as most of her family members did, she went on to study Economics driven by her curiosity about businesses and their impact on economies.  Working with the consumer products division of what was then called bulge brackets (investment banks with large corporations, institutional investors and governments as clients) in the UK with clients like Cadbury and Haribo proved to be another insight into the value of large, multi-generational companies and the valuable impact they could have on economies and the communities they served.

Back in Nigeria in 2006 and working in a similar capacity with Renaissance Capital, a few things stood out about the Nigerian market: the largest and most complex companies tended to be of a particular type in a handful of industries. They tended to be banks, in oil and gas or in mobile. A little bit of real estate too.

“I did not have the breadth of potential clients or the breath of potential issues I could be dealing with as I had done in the UK. And this was when my interest in business turned into a question. What does it take to build large complex, multigenerational businesses in a market like Nigeria?

Her light bulb moment came from her time at a growth equity firm, General Atlantic. In that role she was tasked with building out a strategy for Sub-Saharan Africa which included sourcing deals, leading on diligence etcetera. The target was high-growth, asset-light businesses to whom they wanted to deploy $50million cheques as minority investors.

And outside of South Africa, which was not without its own challenges, it was difficult placing this capital. The companies who were run by energetic founders and had asset-light business models and held interesting growth potential were really at a stage too early for General Atlantic.

What was clear however, about this underwhelming period, was that scale was useful in building businesses that could become critical to the economic fabric of a country either in terms of employment or driving sectoral innovation or competition. These kinds of businesses outlived their founders, transcended generations and also needed support to continue to innovate and scale.

“I realized very quickly that Nigeria’s future was going to depend very heavily on what was happening in tech and the futures and outcomes of those companies in tech,” she says.

Endeavor Nigeria now boasts of entrepreneurs whose businesses are in this category. From Paga and Flutterwave to Cars45, Gihan-Mbelu’s team of five seek out the entrepreneurs and companies who fit this middle ground of scaleups and through its network of high networth and influential individuals provide them with the support and sometimes capital that they need to continue to innovate and scale their operations and presence across the globe.

“It’s not enough to have started a company. It’s not enough to have raised a seed round. I’m always watching for; does a seed round become Series A? Does Series A become Series B? Does seven employers become 15, become 20, become 150? Is the product getting better? What are customers saying about the product and are you [entrepreneur] actually creating a better version of the future through the company?”

“The startup ecosystem is vibrant, it is well supported. Founders are building really interesting businesses, and capital is coming in at the early stages. But the scaleup support is not there,” she says, and this is what Endeavor Nigeria is trying to solve.

There’s typically no conversation around business without mention of the landscape within which they exist and how healthy those are. Nigeria does not typically rank high on the Ease of Doing Business rankings, a global metric system that determines how policies and regulations come into play to make it easier for a business idea to thrive. Gihan-Mbelu agrees that the regulatory landscape within Nigeria is complex to navigate and for scaleups, the lack of clarity and the time or cost spent on lobbying efforts around policy and regulation can take away from time and cost injected into growing the business instead. It is tough but not insurmountable and there are  a number of inspirational success stories to show for it.

“Today, we all take digital payments for granted as if it was always here,” she says.

“But there was a point which I can remember when there were no cards anywhere in Nigeria and Interswitch [Mitchell Elegbe]decided that they were going to build a switch.”

Today there are many companies building on that infrastructure to create more financial technology solutions as well as opportunities in the countries they serve.

Fairness, equity and meritocracy are three key guiding principles that inform Gihan-Mbelu’s work and life. It is on the basis of these that she says she is not a believer in every single startup idea receiving funding or that a lack of it is the bane of most startups succeeding. Of course there are questions around access and how a lack of it can indeed be limiting but for her, what should be prioritised is the best ideas receiving the funds and the attention that they deserve.

As a business leader, Gihan-Mbelu is also not a fan of groupthink and cultures that insist that work must be performed in teams.

“I believe very strongly in the merits of independent work and creation,” she says.

“I have a high tolerance for mistakes because I actually believe that people should be able to ideate independently, execute independently, ask for help when they want it. I think that’s how you get the best ideas.”

As a female very vocal about gender imbalance and inequity, one of the most pertinent areas where she hopes things can change remarkably is in the area of wealth creation and transfer. Women, she says, in addition to suffering from gender pay gaps and an inability to earn as much as their male counterparts, also often are less risky with their capital and often become financial cushions for their families so that they are unable to build or transfer wealth. The lack of political power is also something that worries.

“I come from a lineage of some very strong, very opinionated women,” Gihan-Mbelu says, and her father was also one who did not think that there was anything that was impossible to do because she is female.

“Because you are a woman” is a concept she really came to realise existed after moving away from home.

One of the ways she thinks equitable wealth preservation and transfer can be achieved for women is really transparency, being able to share information around income in a way that is empowering and useful.

A two decade career has not come without its high and low points and for someone who tends to invest emotionally and quite heavily in the work that she does, Gihan-Mbelu says separating what is personal from professional and not tying a sense of personal worth to failure on either part has been very beneficial.

Hindsight also has; being able to look back at set goals or ambitions that did not come to fruition and figuring out the whys of it.

“We’ve done some good work in the last two years since we launched. I think that we are building the most formidable community of entrepreneurial leaders in West Africa,”  she says about Endeavor Nigeria. This is in line with the organisation’s goals. And they are building large scale companies whose presence are of significant value as well as looking behind to encourage and support businesses at the startup stage.

But there’s a lot more work that still needs to be done.

“I think that we have a community that is predominantly male in terms of our founder base,” Gihan-Mbelu says, “Given some of my values, it’s a big red flag and a big gaping hole for me.”

“The challenge we are having is that a lot of female founders that I am most excited about, we are monitoring very closely. It is only a question of stage.”