One year after a campaign against police brutality, nothing has changed for Nigeria’s tech ecosystem 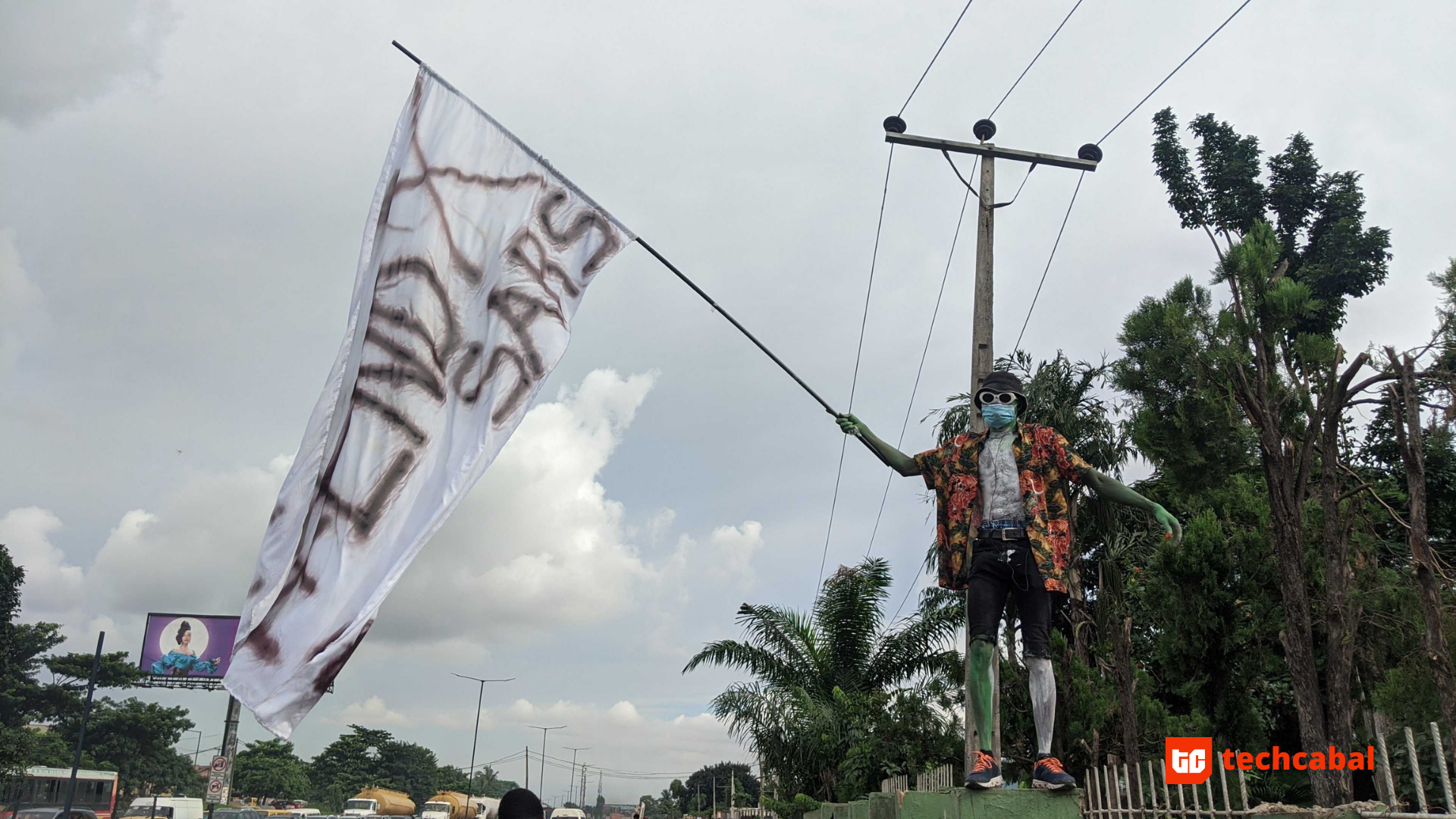 Tech startups in Nigeria have lent their voices to the citizen-led #EndSARS movement that has taken the country by storm over the past week.

From their official handles, a number of fintechs have tweeted the hashtag and made donations to cater for protesters in various ways. Feeding, medication and legal defense support have been the major needs.

At the time of the piece, more than ₦30 million (~ $66,000) has been donated through dedicated #EndSARS funding campaigns on Flutterwave – which appears to have got the payments company a dispute date with the Central Bank of Nigeria.

Flutterwave, Paystack, BuyCoins, Piggyvest, Cowrywise, and Rise are among a number of startups that have contributed to fundraising efforts, as have many individuals and non-tech interest groups.

In a way, this has been a continuation of efforts that gathered momentum this time last year, when the tech community rallied around the #StopRobbingUs campaign.

That campaign kicked off in September 2019 after Toni Astro’s harrowing Saturday of harassment and extortion roused many to the existential danger of the SARS outfit.

Astro’s experience stirred Bosun Tijani, founder and CEO of Co-creation Hub, to suggest the creation of a tech community campaign against Police harassment. Iroko TV founder Jason Njoku made a ₦10million pledge for a defense fund.

More than 20 founders, investors and publishers in tech signed onto a proposal for legal action against Police harassment of software engineers. It became the tech community’s concerted effort to challenge the assumptions underlying Policing is done in Nigeria.

Not-so-great news: the group hasn’t achieved much. After dialogues with some government representatives, a suggestion was made for tech companies to adopt a common identity card.

The group disregarded it as an insufficient incremental gain, according to one person familiar with the discussions. In any case, a uniform ID would not prevent SARS officials from still meting out brutal acts on workers in tech.

The legal action has proceeded rather slowly, according to people with knowledge of the matter.

There has been no class action suit because affected individuals were reluctant to go through a litigation process in Nigerian courts. Instead, a suit with a single claimant was filed only last month on September 7.

Bolaji Ayorinde and Tola Oshobi, two high-ranking lawyers bearing the ‘Senior Advocate of Nigeria’ titles, are part of the team arguing for the claimant. A judge has yet to be assigned to the case.

Among other things, the suit aims to establish what constitutes probable cause for an arrest. The intention is for the court to declare that a Police officer cannot arrest a Nigerian simply because of the way the latter is dressed or if they have a laptop.

But this year’s #EndSARS protests are moving faster in achieving the overall goal of ending police brutality than the suit, one person working on the case says.

There is more local and international awareness of the facts of SARS cruelty on young Nigerians. The organisation’s misappropriation of its “anti-robbery” powers are more apparent. More than ever, there is pressure to ensure they don’t exist.

The protests have elicited an announcement by the Nigerian Inspector General of Police on the dissolution of SARS. On Monday, President Muhammadu Buhari said disbanding SARS was “only the first step in our commitment to extensive police reforms.”

But even as those announcements are made, a wider issue of Police brutality comes to the fore. In Lagos state and its environs, protesters have been shot at and killed after both the Inspector General’s and president’s announcements.

Which is why leaders in tech are resisting any temptation to back down from the protests.

Despite the lack of tangible progress on much of its ambitions last year, the group of tech figures that was formed for #StopRobbingUs remains active. Recent events have re-ignited conversations about defining the community’s approach to suit the present moment.

But they are under no illusions on what the focus should be to achieve a definite end to SARS and improve policing. It’s less about tech and more about changing policy.

“The most important thing here is policy. The government has to listen,” the founder of one fintech startup said.

On Twitter and in calls with elected officials, people participating in the ongoing movement are channeling the demands for Police reform and the end of brutality. Many of these calls feature tech founders but, right now, nobody is actually waiting for any one group to spearhead policy change.

That said, it would be interesting to see what unique solutions emerge from the active groups of developers and software engineers across the country. Within the first few days of protests, a number of web tools and widgets have popped up; a notable one was for contacting legislators at the click of a button.

There’s a bit of a thrill in monitoring how this proceeds; the pains of adversity are often the birth pangs of innovation.