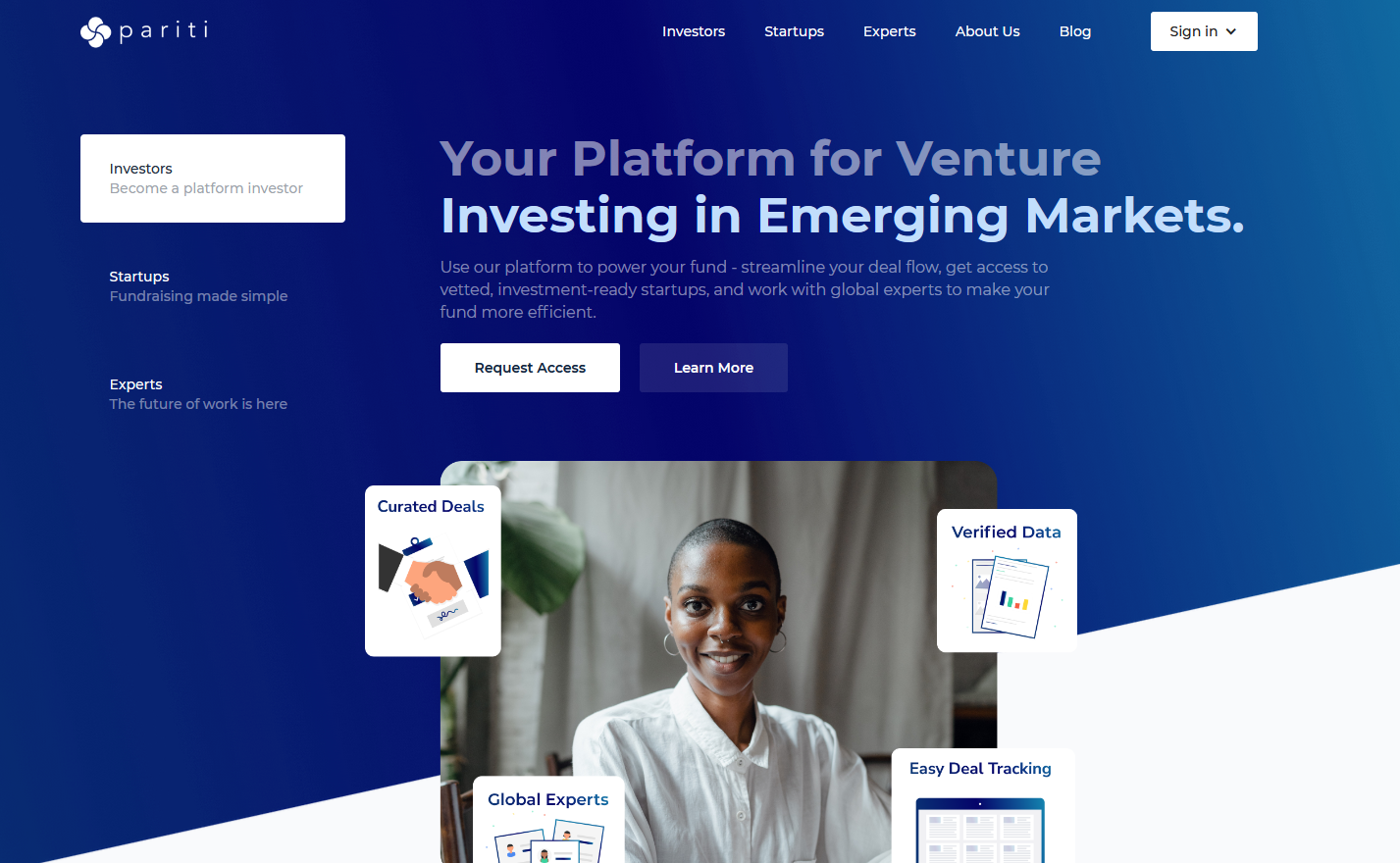 Since January this year, Pariti has been positioning itself as a technology partner for investors and startups who need dependable advisory services.

The Kenya-based startup has been working on an online platform on which freelance consultants are tasked with performing deal management and due diligence functions for companies.

The private alpha version of the platform is now ready. Pariti has started partnering with its first major client – Future Hub; a Chinese investment firm and accelerator backed by Transsion Holdings.

Future Hub became an independent arm of Transsion in August 2019, becoming the Chinese phone manufacturer’s Africa investment vehicle. The firm has one other investor beside Transsion; Gobi, an 18-year-old chinese venture capital firm.

Yacob Berhane, Pariti’s CEO says the startup is “thrilled to be working together with Future Hub as our partners as we launch the private alpha version of our platform.”

Both began partnering on an informal basis more than a year ago, with Pariti providing Future Hub advice on investment decisions.

“They helped us successfully invest in some top-level startups that we probably wouldn’t have found without Pariti’s assistance,” says Vincent Li, co-founder and CEO of Future Hub.

Beginning with Termii in September 2019, the firm has so far invested in 9 early-stage African startups including Healthlane, Carry1st and Techpoint Africa.

Pariti’s work for Future Hub will be to manage all of the investment firm’s incoming deal flow, track deal information and curate deals to Future Hub’s investment team. All of this will be done on Pariti’s platform.

In a way, the engagement represents a shift in product focus and business model for Pariti.

When we wrote about the startup for the first time in March, the product idea was geared towards connecting startups to freelance consultants. The premise was that early-stage companies could not afford to engage professional services companies, yet they needed such world-class thinking for their businesses to develop.

Startups could have access to expansive pools of talent and venture-building resources beyond their shores. The excitement for Pariti was to provide the foundational advice that will scale Africa’s new set of Paystacks, Swvls and Sokowatches.

While they will still provide advisory services to startups, Pariti will focus more on providing advisory to early-stage investment firms as the easier way to draw in more startups that can benefit from its services.

An investment firm focused on early stage companies in Africa would normally get lots of interest from different sources – WhatsApp, Linkedin, email. But these companies typically don’t have a large staff of associates that help sift through deals.

To receive good deals, investors often create a number of channels for people to send pitch decks. Pariti wants to integrate the entries received from those omnichannels, do the work of sifting through each and quantifying each for potential investment by the investor.

To use Future Hub as an instance, every pitch deck sent to the Future Hub team through any of their channels will be plugged into Pariti’s system. Pariti assigns the decks to its onboarded freelance advisers who review the deck.

The pitch review and analysis is based on about 80 points including market size, the solution, the unit economics, the team strength, according to Wossen Ayele, Pariti’s COO.

Based on reviews by multiple reviewers, Pariti comes up with a score presented to the investor (Future Hub, in this case) as a recommendation on whether to invest or not.

All of this happens online on the Pariti platform, Wossen affirms.

Pariti envisages this could help investors save useful time and make investment decisions quicker. Consequently, it will also help startups get quicker feedback for the pitches they send, freeing up time needed to focus on product building.

Starting with deal flow management and due diligence operations is one of two core services in Pariti’s value proposition to investors. The other is to support the investor’s portfolio companies by providing access to experts in finance, product, design and market research. But Ayele says this will come later.

Pariti will also be sourcing the deals for investors, offering analytics functionalities on their platform to help investors look back at sectors they may be overlooking.

Pariti hopes to sell this convenience to more investors, offering their platform as an operating system for venture capital if you like. With Future Hub in its corner, Pariti hopes to endear more VCs to sign up for the ride.