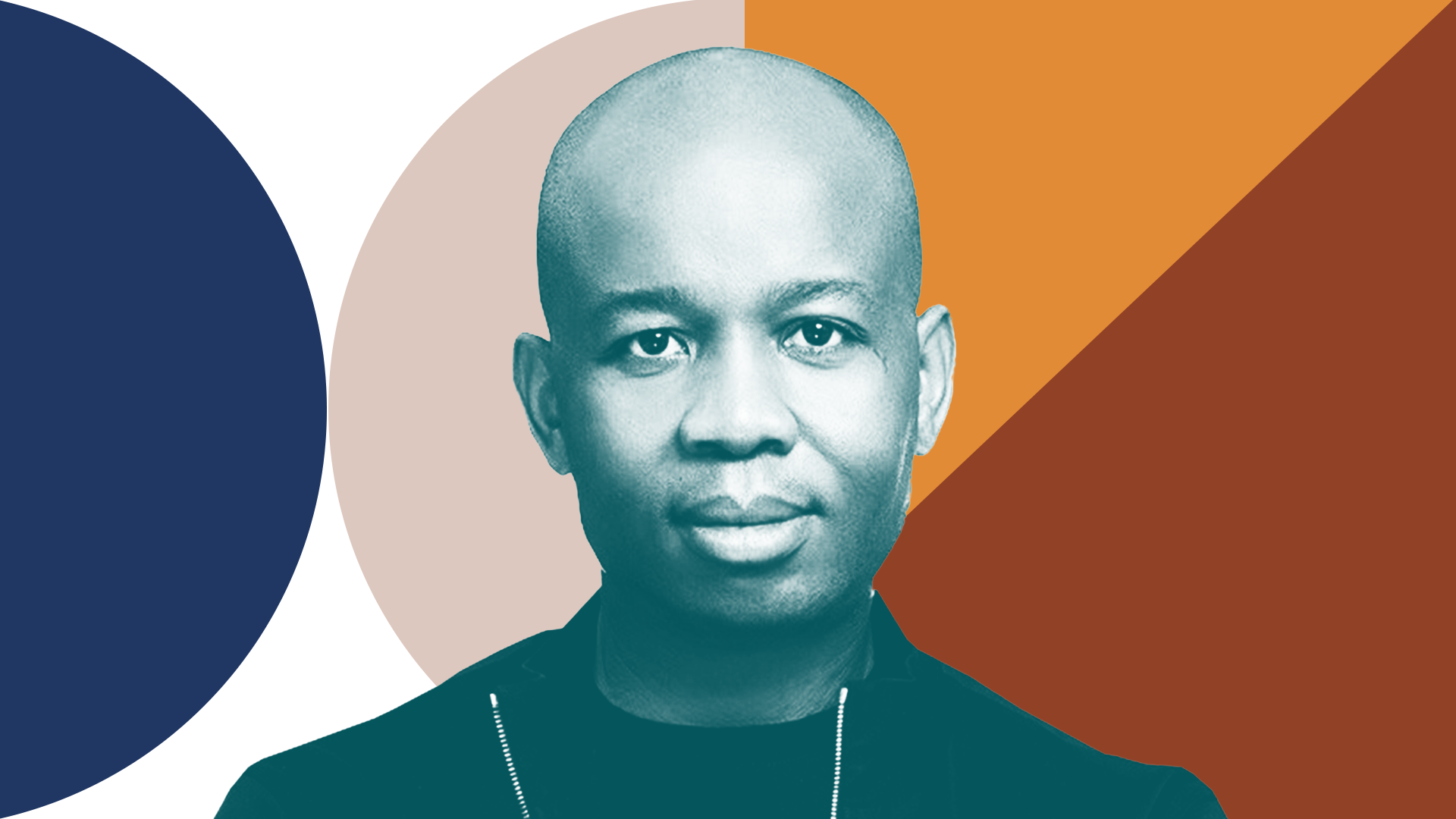 Uzoma Dozie’s Sparkle is about connecting your finances and lifestyle. At the company’s office on the Lagos island, Dozie and I sit for about an hour to discuss his journey in the banking sector,  digital and traditional financial futures and his current venture as a first time startup founder as it were.

Sparkle’s interface is youthful and bright. And so is it’s target audience. Veteran banker, Uzoma Dozie launched the platform in 2019 but the idea first came while he was at Diamond Bank, the commercial bank his father founded in 1990. At the time, in the early 2000s to late 2010s, Dozie believed that stiff traditional banking cultures and non-available technology were limiting the bank’s goals of building out a solid retail segment.

“We’d done great in the mobile and consumer space but we couldn’t do much more pushing out solutions or making it more flexible because of the legacy systems that we had,” he recalls.

“We couldn’t do more in the small business space because there is a limit as to how many human beings you can use to provide business support services.”

From inside the industry, changing the perception of bankers trained by legacy institutions to be digitally savvy and retail-focused was difficult.

But Dozie says the competitiveness of Sparkle is less about what features the platform has or will launch that will outshine similar products in the space and more about presenting users with holistic data to make better informed decisions about their finances.

“We will benchmark ourselves internally on a few people in terms of services, financial and nonfinancial,” Dozie says.

“[However] our basis for competition is data. It’s being able to give you the best advice on your life.”

What this means is that Dozie is building Sparkle to become a go-to not just for money related transactions but for financial solutions that are encompassing and suited on a close one-on-one basis. For example, while an insurance plan is something people often wish they have but might be unable to afford, there is not a lot of flexibility with traditional insurance institutions when it comes to plans that are both available and affordable.

“I want to insure my car for three days [in a year], why should I be paying for 365 days? These are long term projects that we are looking at.”

Sparkle will serve both individuals and businesses with its array of features from payments and bill sharing to tax and legal operations for small businesses in partnerships with relevant organisations.

While benchmarking will see Sparkle compete on some level with other similar products in the market in terms of speed, customer satisfaction or rates, the goal is to offer more than just financial solutions but insights and advice based on the data it is able to collect from users.

Dozie says for this reason, Sparkle is built and will continue to grow on the foundations of transparency and trust. But trust and transparency can be hard for a user to determine about a less than two-year old company. To help with this, the company is developing strategic partnerships with financial organisations that lend their credence to the new company.

In September, Sparkle announced a partnership with VISA which will allow users flexibility in payments using in-app VISA virtual cards.

The older Dozie, Pascal Dozie, is an economist and financial consultant. Dozie calls his father a hustler, an entrepreneur of all entrepreneurs. Older Dozie started his family in the United Kingdom where he worked a job at the Department for International Development (DFID). He was posted to Uganda some time into his role at DFID but this was the heat of the terror reign of Uganda’s military leader, Idi Amin. In 1972, for Israel’s failure to assist him with funds and arms to wage war against Tanzania, Amin had ordered the expulsion of Israelis and South Asians from the country. Dozie tells me his father was often mistaken for a foreigner because of how light-skinned he was. These stops became so frequent older Dozie returned to Nigeria with his family for safety.

After spending some time living with his sister, he moved to an apartment at 27 Commercial Avenue in Yaba which doubled as his office as well as family home. This would turn out to be Diamond Bank’s first branch.

In the 1970s, as was typical with most middle-income Nigerian families, Dozie’s parents spent a lot of time at work and would have live-in helps keep an eye on himself and his siblings after school hours. Childhood was marked by outdoor activities and childlike experimenting which is “completely different from today”, he says, comparing how his kids are now growing up. After a short stint at a secondary school up north, Dozie and his brother returned to the UK for school.

There were three career paths most Nigerian parents envisioned for their children during this period: law, medicine or engineering. Dozie was convinced about being a doctor but ended up studying chemistry after realising, during an A-Level program, that he did not like the prospects of becoming a  medical doctor. He went on to get a postgraduate degree in chemical research while, at this time, still trying to figure out what career path he wanted to pursue.

Back in the country to undergo the compulsory one year National Youth Service Scheme program, Dozie landed his first job at Guaranty Trust Bank who, at the time,  was pushing towards a more modern technology-driven future he found particularly interesting. Then he joined Citizens Bank where he worked as a corporate banker on the oil and gas desk before going to get a Master’s in Business Administration. He returned to join Diamond Bank working in the oil and gas segment until 2006 when he began working to set up frameworks for retail banking.

“We wanted to start setting up the infrastructure of a new retail proposition for that market. Diamond Bank  had started with the middle market and from that middle market we had started to grow our corporate relationships and in those days it was cheques and not cards,” Dozie says.

From then till 2018, the bank worked towards centering its retail banking segment and particularly changing the way people thought about the banking sector which was critical in growing the segment.

While Sparkle is keen on addressing financial inclusion in the country and in the markets where it will operate, Dozie is quick to point out that inclusion, for him, isn’t necessarily about trying to absorb more people into the financial sector. Someone who has no money to spare doesn’t exactly need a bank account but often, those who do are not able to access services easily, affordably and receive the attention of relationship officers who are often reserved for clients with more hefty bank balances.

Whether it is in the simplicity of its design or with tools like Indy, a chatbot relationship officer able to provide tailored services to large numbers of clients simultaneously, Dozie is hoping that Sparkle can become a digitised retail banking solution that addresses service and speed, two key factors necessary in retail banking.

Currently, the platform has about 10,000 users and the app has been downloaded about 70,000 times. As at September, there’s not been much of a marketing push but Dozie says post VISA integrations, there will be more towards raking up more awareness about the product.

Digital and legacy banks have been in stiff competition since legacy financial institutions started showing interest in playing significantly in the fintech space. Asides mobile applications and USSD options, banks like Guaranty Trust Bank where Dozie began his banking career are aggressively pursuing their fintech development to rival fintech companies who do not come with the restrictions of legacy institutions.

“ The more digital transformation we have, the better it is for the end users and the economy,” Dozie says of the tension between fintechs and traditional banking institutions.

“How they [legacy institutions] get from point A to point B is where the story is. [But] Doing it is actually harder than saying it. It took me 12 years to change people to retail.”

“Coming from both sides, at Diamond Bank, we grew our numbers because we partnered with and built new services and new channels with fintech solutions.”

Dozie is the founder of an angel fund called Black Knight but Sparkle could be considered his first startup business venture. Coming from heading a 5,000-member staff and overseeing about 400 branches, multiple products and customer segments and differences of opinions, heading operations at Sparkle is a lot less complex but with the unique challenges of a teething company.

“Here, because it is a startup, first of all, we are asking who are the kinds of people we want in the organisation? Here are our values, do their values match ours? Technical competence is a given,” he says.

“For us if you’re not passionate about what we’re trying to do, then I can outsource you; I don’t really need you.”

As a company not struggling to drive internal adoption of modern digital tools, Dozie wakes up to dashboards, centralised digital platforms to communicate which means shorter meeting times.

“It is hard because we are now competing against this big traditional organisation and you’re also competing from the perspective of being new and when you’re new, you have to prove yourself.”