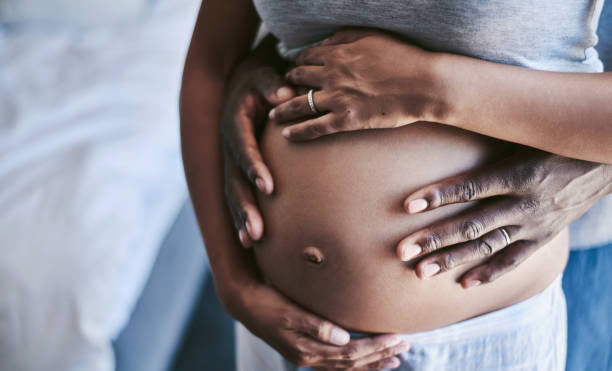 When Abisola Oladapo gave birth to her second child, she was born unable to breathe. For a hot minute, she wished she had known certain truths during her pregnancy. Perhaps those truths could have helped her birthing process, or maybe improved her baby’s health during labour.

The event that led to her baby’s health condition could have been avoided if she had access to the right information.

24 to 26 hours before Abisola’s daughter was born, she woke up feeling like she had wet her bed and continued to feel a constant need to pee afterward. She didn’t know her water had broken.

After a pregnant woman’s water breaks, she is expected to deliver her baby as soon as possible, otherwise, she risks getting infections that could affect the baby’s health. It took a whole day for Abisola to get to the hospital and during her travel time, her baby had been affected already.

Not long after her life-threatening childbirth experience, she would later hear of a friend who went through the same ordeal but lost her baby in the process.

This personal exposure to infant mortality would become the bedrock of the problems she set out to solve with Mumspring.

Over a million African babies are estimated to die in the first 4 weeks of birth. But most of them, especially those born in rural areas, die at home, uncounted, and invisible to public healthcare and access to basic information.

Each year in Africa, one million babies are stillborn, with at least 300,000 of them dying during labour. Around a quarter of a million women die of pregnancy-related problems. 1.16 million babies die in their first month of birth, half of this number die on the first day and another 3.3  million children die before they turn five.

Over 4 million low birthweight babies and those with neonatal complications survive but may never reach their full physical and mental abilities.

For a continent facing huge child mortality problems, there has not been any African tech-based startup that strictly caters to pregnant and expecting mothers.

The Mumspring app was built to provide personal, stage by stage pregnancy information to pregnant women and guide them through the first three years of their after-birth journey.

Trying to solve this problem

In 2018, Abisola and her team began product development on the Mumspring app and because the app was first of its kind on the continent, they spent time understanding the unique needs of pregnant African women.

Just like every other software application out there, when a prospective user downloads the Mumspring app on her mobile device, she is instructed to sign in either as a pregnant woman or an expecting mother. Her choice gives her access to in-app tools that meet her immediate needs.

Through a proprietary algorithm, Mumspring allows for each new mum to get a range of products she may need for her baby, based on her lifestyle. Her needs are assessed based on the information available on her profile as well as subsequent follow-up data.

The Mumspring app gives daily and weekly information on what changes expecting women should expect during their pregnancy.

For women who are yet to conceive, the app gives lifestyle tips that are tailored to fit the African behavioural system.

Not just a virtual assistant

Global estimates suggest that over two-third of newborns could be saved through existing maternal and child health programmes. So many babies in Africa could be saved with interventions like technology or healthcare policies that are already in place in some African countries.

Unfortunately, most of these policies do not accommodate poorer families who do not have proper access to services powered by technology.

To reach marginalized women in society, Mumspring, via the “Agnes app”, another arm of the startup, created an AI-powered solution that gives antenatal information in voice updates to women in their preferred language.

With Agnes, expecting mothers receive phone calls every other day, mostly for check-ins and personal healthcare reminders. The platform has each woman’s general pregnancy information, including her scan, her diet information, due dates, house address and contacts of closest family members, which enables tracking. There is also a toll-free number.

Who pays for this?

Mumspring has active partnerships with local governments and non-governmental organisations. These partnerships give Mumspring access to data of women in rural communities. Currently, they are in partnership with the Lagos State government, who has paid 3500 for each woman registered on the Agnes platform. The token covers the women’s access to the toll-free number, antenatal calls, health updates and homecare visits (two times a month) from a specialist.

Generally speaking, pregnancy is a strenuous period for women but the African mentality has forced women to remain secretive about pregnancy issues. One of the challenges Mumspring has faced is getting women to share their pregnancy stories. The company has now devised means for women to interact on the app anonymously. They are constantly in search of what works best for pregnant and expecting mothers in Africa.

Meet the woman reducing lead-acid waste one battery at a time
Features, My Life In Tech
Edwin Madu
20th January 2021 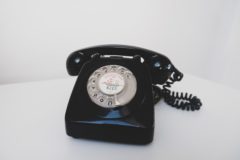 I spoke to a few African couples who are in long-distance relationships to find out how they have used tech to nurture their love lives/relationships. So without much ado, with the help of these amazing couples, here’s TechCabal’s guide to loving your lover from afar.