What do the next 10 years look like for African entrepreneurs? 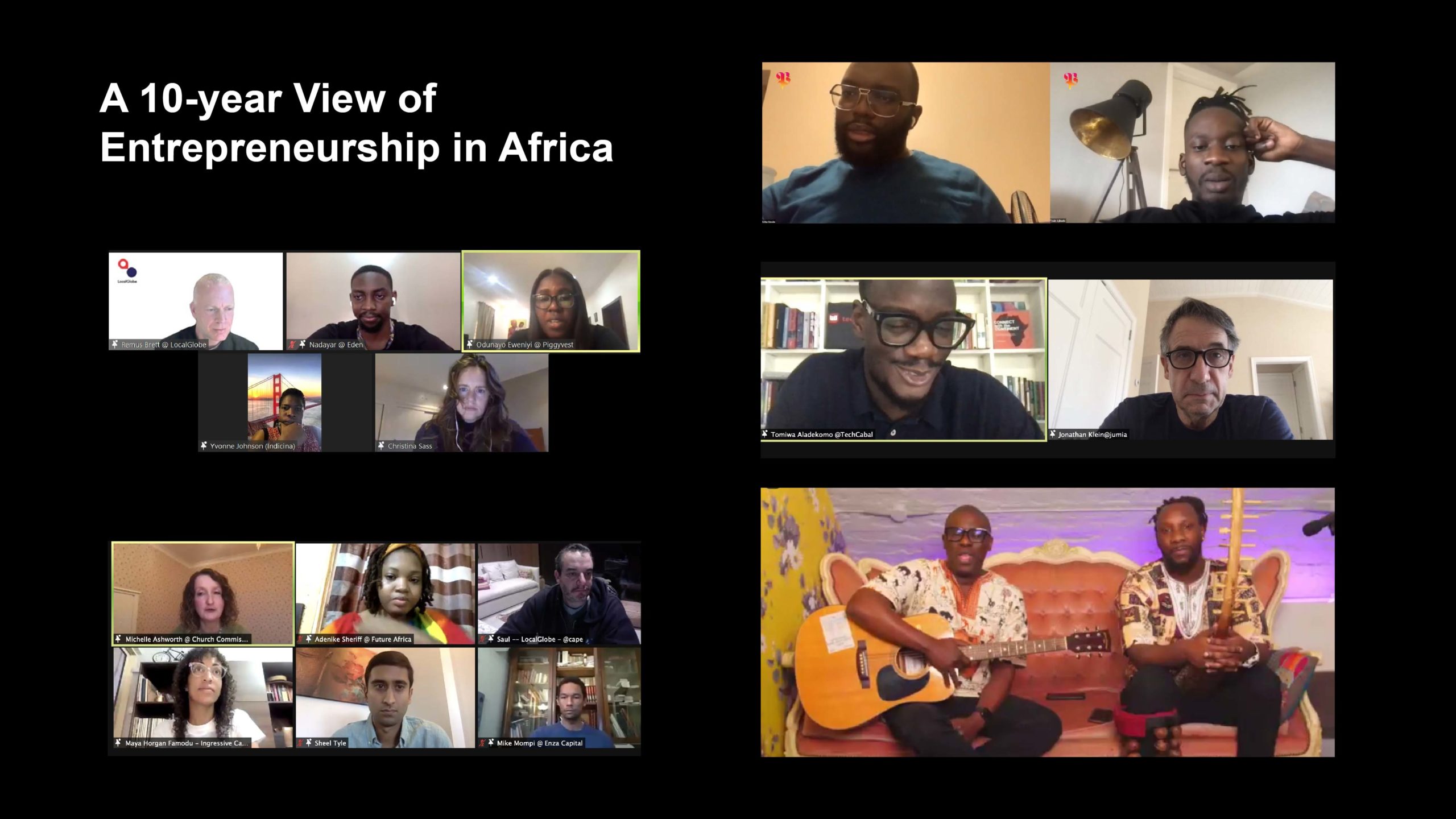 To take a detailed look at the future, the event had panels with founders and investors from all parts of the ecosystem.

After a welcome address by Iyinoluwa Aboyeji, Future Africa Co-founder, Remus Brett of LocalGlobe took the virtual stage to moderate the founders’ panel.

According to Eweniyi, with technology “there is a boundless potential”. But before any discussion about the future of Africa could begin, it was necessary to explore the issues entrepreneurs have faced trying to build platforms on the continent.

When Remus Brett asked the founders what they have been particularly disappointed by in the ecosystem, most responses revolved around the lack of government support and infrastructure. The varied issues with the government trickle down into fluctuating currency rates and ultimately, as Eweniyi put it, entrepreneurs end up “running their own small countries” as they have to provide infrastructure for themselves in many instances.

In addressing the future, Johnson said: “it is important to be clear-eyed about the issues we have.” One of such issues, as highlighted on the panel, was the case of businesses being regulated out of the market – an example being the last-mile delivery startups in Lagos, Nigeria that were forced to park their bikes in early 2020.

In their journeys, the founders cited several things that impressed them about the market and also showed them that there was hope. For Enegesi, Andela was a step in the right direction; the company has trained thousands of world-class developers who have now gone on to do great things in the ecosystem. For Christina, exits like Paystacks’ are indicative of growth in the market. Visits from BigTech CEOs to Nigerian startups and media companies were also mentioned as huge signs of growth by Johnson.

Looking to the future, Enegesi said emphatically that “Software will eat Africa.” He goes on to say that businesses need to look towards building products that enable other people to build their own businesses. Eweniyi cited how platforms like Paystack and Flutterwave were instrumental in the creation of several e-commerce and fintech platforms.

For Sass, the future of the African tech ecosystem will have a handful of successful exits that will birth founders with enough capital to reinvest in the market.

Johnson summed up the general mood of the panel when she said she was “excited about the power of tech to allow the African user to participate in the global economy.”

The investor panel was moderated by Michelle Ashworth, Team Head – Venture at Church Commissioners for England.

To kick off the session, the panellists were asked about the current state of funding in the African market.

Tyle admitted that “there can always be more.” Famodu buttressed this point by stating how much more institutional funding could be invested in budding businesses. When it comes to investing in the tech ecosystem, governmental institutions, and their peers, are notoriously hesitant to put up much-needed resources.

With the fastest growing youth population in the world, Sheriff believes that there should be funds dedicated to supporting emerging markets. She likens anyone not paying attention to the African market now to people who shunned cryptocurrency in its early days. She also outlines that most foreign funding comes in for later-stage funding and not a lot of attention is being paid to companies needing seed-stage funding.

Famodu outlined that one of the ways VCs could help attract the funding needed in the ecosystem is telling the story of the continent properly. With stories like Paystack, investors are able to see a company go full circle and arrive at cash-to-cash exits.

With the recent news of Monzo CEO stepping down from his role for his mental health, Sheriff raised a salient point about VCs being more involved in the lives of their founders and helping to make sure the madness of the market isn’t damaging to their mental health.

A musical performance from the Ganda Boys brought the event to a close.
If you missed it, you can watch this recording of the event provided by Phoenix Court.