The world’s first 3D-printed school has opened in Malawi 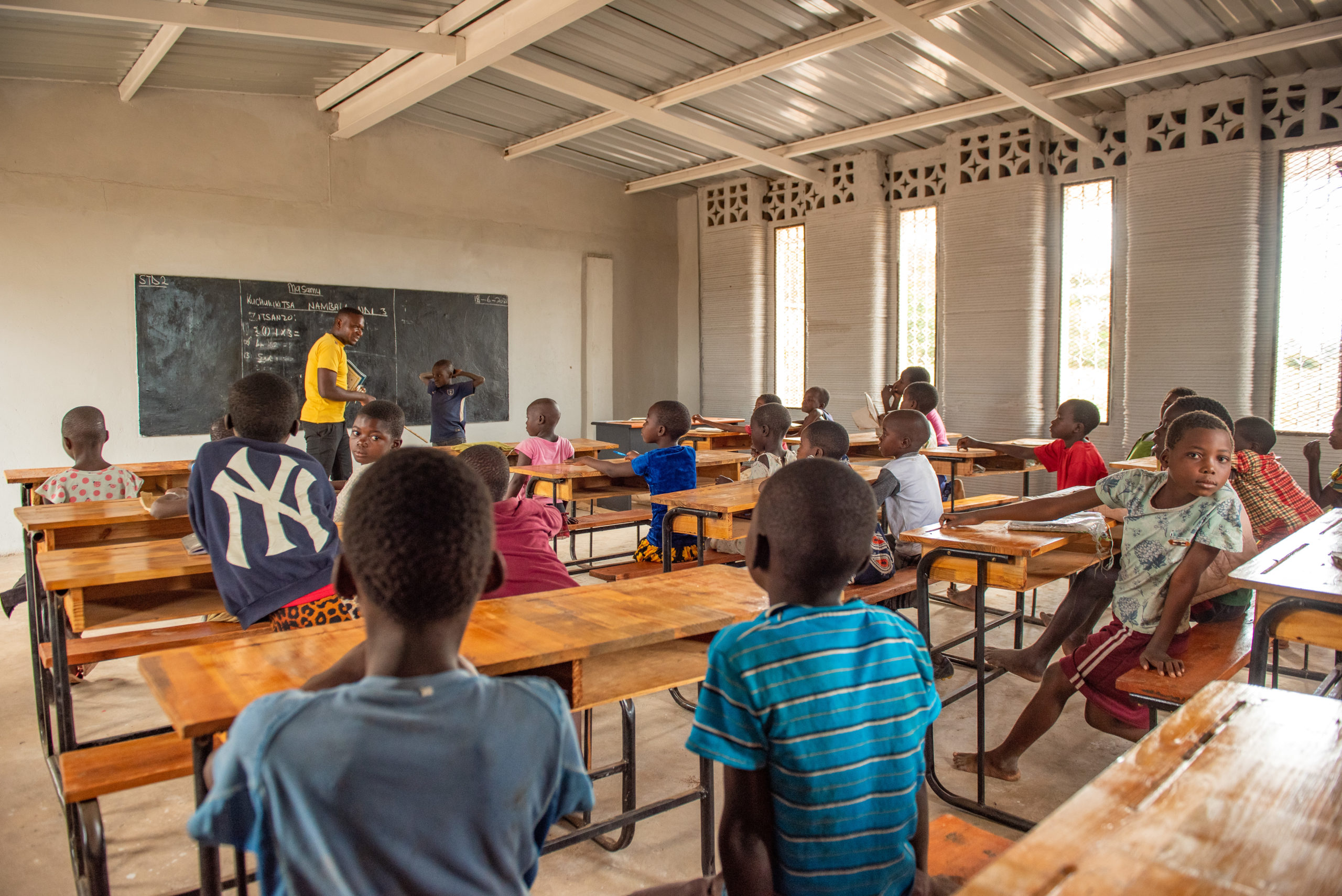 A joint venture formed by cement group LafargeHolcim and UK development financier, CDC Group, has unveiled a 3D-printed school in Malawi. This demonstrates how the method could be used as a cheap and fast way to build social infrastructure in Africa.

Switzerland-based Holcim this week announced the launch of the school – the world’s first built with 3D printing (3DP) – in the Salima District. The walls were printed in just 18 hours, compared to several days it takes when using conventional building materials, and children began learning in the new school on June 21, the company said.

Malawi has an estimated shortage of 36,000 classrooms, according to data from UNICEF. The green construction joint venture, 14Trees, has said this shortfall could be eliminated in just ten years with 3DP, as opposed to 70 years using conventional construction methods.

Using proprietary LafargeHolcim ink, the process significantly minimises the time, cost, and materials used for building houses and schools. It also reduces their environmental footprint by more than 50% compared to conventional methods.

“This is proof that 3D printing can play a key role in bridging our world’s education infrastructure gap by building high-quality classrooms for children in a sustainable, affordable, and fast-paced way at scale,” Holcim said in a statement.

14Trees was set up with the goal of building affordable and sustainable houses, schools and other buildings in Africa. Apart from 3D printing, the company has also pioneered the use of non-fired soil bricks in Malawi.

For the two projects, 14Trees used a BOD2 printer from Cobod, a Danish manufacturer whose printers were used to print a house and a small apartment building in Germany last year.

Two operators are required to oversee the print – Cobod-trained local people for the demos. Going forward, the projects will sustain skilled job creation by hiring and upskilling local experts in roles such as 3D machine operators to material specialists.

“Now that we’ve proven the concept in Malawi, we look forward to scaling up this technology across the broader region, with projects already in the pipeline in Kenya and Zimbabwe,” Gutovic added.

10 years of TechCabal
Tyranny in the workplace: The chaotic culture of Bento Africa
Damilare Dosunmu