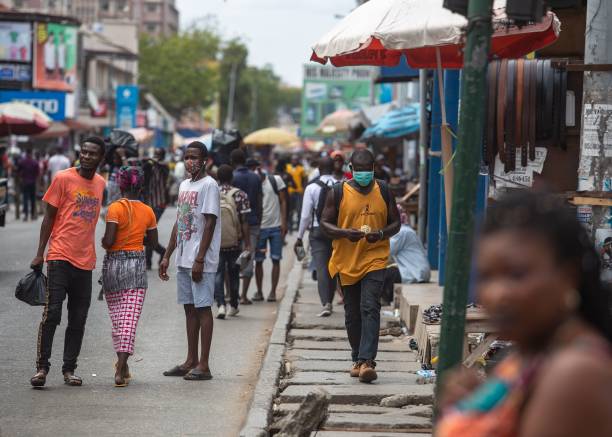 Ghana has started its long-awaited fully-digital national census; the first-ever in West Africa. This comes after a trial was conducted in select districts nationwide back in 2019.

The country’s last census was in 2010 and it put the population at 24.6 million. The country has, every 10 years since 1981, conducted the Population and Housing Census (PHC) but was forced to postpone the 2020 census due to the outbreak of the Covid-19 pandemic.

Now the government has gone digital, using tablets and satellite images to improve the reach of field agents and ensuring the whole population in Ghana is counted on census night.

The digital census will be done with the use of Computer-Assisted Personal Interviewing (CAPI) devices which are tablets for electronic data capture and Geographic Positioning Systems (GPS) for recording coordinates of structures.

More than 67,000 field enumerators have been deployed to collect data nationwide using electronic questionnaires on digital tablets, according to the Ghana Statistics Service (GSS), the institution responsible for collecting and collating national data.

The field agents will target persons travelling, persons in short-stay institutions such as health facilities, hotels, and prisons, and those considered homeless at their locations, Ghana’s Chief Government Statistician, Samuel Kobina Annim, was quoted as saying.

The historic digital census in Ghana fits right in with the government’s bid to capture the exact number of Ghanaians in the country, especially the vulnerable population, for better national development.

“The 2021 census is unique with the use of electronic tablets and the Internet to capture and transfer data to guarantee the delivery of high-quality and faster results to support the decision-making process,” President Nana Akufo-Addo said back in May when he announced a countdown to the digital census. Ultimately, this would help in socio-economic planning in the country and potentially aid the fight against inequality while transforming the informal sector.

“The digitisation will help us deliver results more promptly and accurately than we used to have with the paper and pen data collection in the past,” said Peter Takyi Peprah, the Field Operations Manager at the GSS.

Ghana has millions of street vendors and waste pickers that make up most of its informal economy. The majority of these people moved from poorer rural areas in search of work and represent a “floating population” that the government wants to capture better in its database.

The census will also play a major role in the nationwide rollout of biometric identity cards launched by President Nana Akufo-Addo in 2017. The new ID card requires a digital address code, many of which will be generated by enumerators during the census.

“The counting that we do at GSS during a PHC is the snapshot of the population and it is an all-inclusive exercise,” Annim added.

The fully digital PHC is said to have cost the government $84 million, around 50% more than the last census. It sees the West African nation join the list of African countries to collect national data electronically, an exclusive club that includes only Swaziland, Malawi, and Kenya. Meanwhile, South Africa is in line for its first-ever digital census.

10 years of TechCabal
Tyranny in the workplace: The chaotic culture of Bento Africa
Damilare Dosunmu