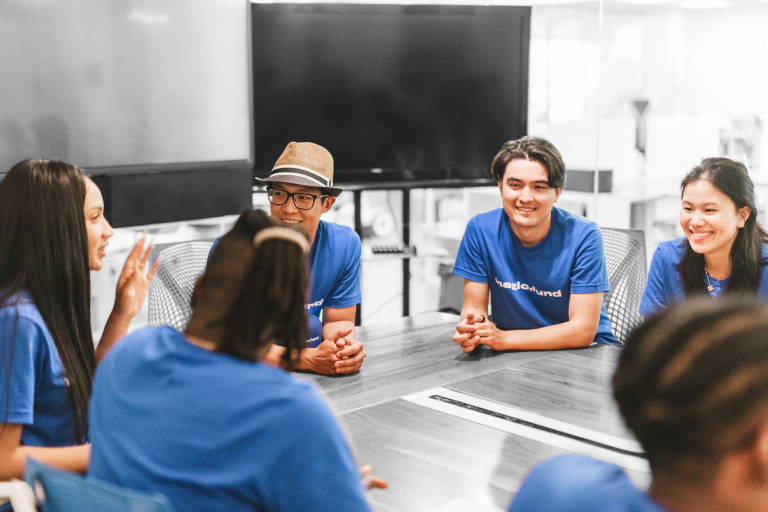 For a founder, the startup world is an exciting yet very challenging one.

While there have been many startup success stories over the past two decades, globally, the majority fail to make it past early-stage due to a number of reasons; inadequate funding, business model/strategy failure, or product/market challenges.

The odds are even greater for startups based in emerging regions like Africa, where there is a dearth of funding, an economy-crippling infrastructure gap, a massive consumer base with low purchasing power, political hostility and uncertainty as well as fragmented markets.

A lack of access to capital is often cited as the biggest reason businesses fail in Africa and other emerging markets. But apart from funding, it can be helpful for founders in such markets to also get mentoring – preferably from people who have first-hand experience – as they embark on their startup journey with unknowns and untread paths.

With this in mind, a global collective of startup founders with expertise in several industries and geographies has been providing both access to capital and mentorship to early-stage startups and founders for more than three years.

A fund by founders for founders

MAGIC Fund, launched in 2017, is an early-stage venture capital fund built by founders turned investors. It has 12 founders from across the world who act as general partners with the Co-founder and CEO of Helium Health, Adegoke Olubusi, serving as managing partner, and Matt Greenleaf as operating partner.

The fund is built on two theses. One, that pooling funds and resources of individual founder-investors together open the group to more opportunities for investments, which they could then evaluate better using their diverse skill sets.

Most founders-turned-investors go the angel investing or venture capital way alone, a practice that often comes with geographical and expertise limitations.

Realising this, Greenleaf and MAGIC’s other partners – who met Olubusi when Helium Health was going through the Y Combinator accelerator programme in 2017 – co-invest together.

“MAGIC is like a fund of micro funds built by founders,” Greenleaf told TechCabal in an interview. “Before we started, we were all into some kind of investing as founders but realised that with our expertise in particular industries, it would make more sense to consolidate our collective intelligence and streamline our angel investment practice through a fund,” he explained.

MAGIC Fund 1 was $1.5 million, comprising the founders’ personal monies according to Greenleaf.

With its first fund, MAGIC invested in over 70 companies at pre-seed and seed stages across Africa, Europe, Latin America, North America, and Southeast Asia.

Helping founders on their journey

Unlike traditional investors whose main focus is getting sweet returns on investments, the founders-investors at MAGIC with startup experience also look out for how much value they can drive for startups invested in.

According to Greenleaf, the Fund’s partners offer mentoring, advice, and network connectivity to support investee-founders as they scale their businesses.

“We bring that general knowledge and know-how to help other founders run a company from zero to 100,” he said. “We have people in the team who have started multiple companies and have access to people who have helped build unicorns. With that collective knowledge of the team, we provide mentorship.”

Some of the startups MAGIC has invested in and supported so far include Bankly, Mono, Eden Life, Evolve Credit, Indicina, Bamboo, Chronus Health, Oxygen, Kiwibot, etc.

By investing in startups and mentoring early-stage founders, Olubusi believes the way MAGIC Fund operates provides the general partners an opportunity to give back to their ecosystems.

“Later-stage founders whose companies have gone beyond the initial pre-seed, seed, or product-market fit stage have a very critical role to play in facilitating and helping grow their ecosystem,” he said. “And that’s one of the things we get to do at the fund.”

After seeing success from its investments – MAGIC Fund 1 performed 5x over the period of three years, according to Olubusi – the company has raised a second fund of $30 million announced recently.

“We had fully deployed the first fund so we thought: why not scale up the strategy since it worked so well and bring a few more people on board?” Greenleaf said. “We didn’t have a full-time dedicated team for fund 1 but now have that and 15 general partners who help with different industries. Obviously, $30 million is a lot of money to deploy and manage.”

Some of the new partners joining the MAGIC team are the founders of startups invested in under Fund 1 but have exited. According to MAGIC, one-third of the new fund was contributed by the founder-general partners.

MAGIC’s limited partner base is diverse, with 50% of them black and 33% women. Some of the LPs are Paystack’s Shola Akinlade, Olugbenga Agboola, the CEO of Nigeria’s Flutterwave, and Hendra Kwik of Payfazz in Southeast Asia, Katie Lewis, Michael Seibel, Kirsten Connell of Octopus Ventures, Tim Draper, etc.

Magic Fund 2 will be writing $100,000 to 300,000 checks at pre-seed and seed stages, Greenleaf revealed. The global fund is sector agnostic and plans to focus on fintech, healthcare, SaaS and enterprise, women’s health, developer tools, etc.