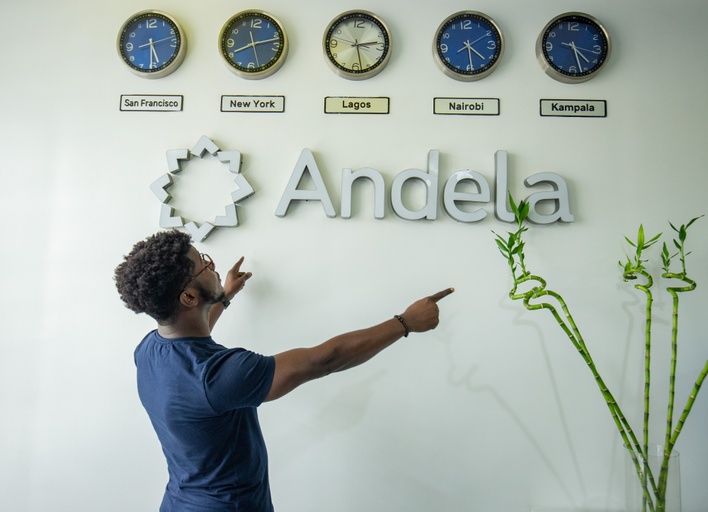 Andela, a global engineering talent outsourcing company, has secured $200 million at a $1.5 billion valuation in a Series E funding round led by Softbank Vision Fund 2, the venture capital arm of Japanese conglomerate – SoftBank.

This funding round brings the total venture funding raised by Andela to $380 million. Alongside Softbank, the round included Whale Rock, a new investor and existing investors like Generation Investment Management, Chan Zuckerberg Initiative, and Spark Capital.

“Andela has always been the high-quality option for those building remote engineering teams. Now that the world has come to embrace remote work, Andela has become the obvious choice for companies because we can find better talent, faster,” said Jeremy Johnson, CEO and co-founder of Andela. “If you are a talented engineer, Andela opens up a world of possibilities for you, no matter where you are based.”

In view of this announcement, Lydia Jett, Founding Partner at SoftBank Investment Advisers and one of the most respected consumer technology investors in the world, will join Andela’s Board of Directors.

Launched in Nigeria in 2014, Andela started as an African-focused software developer training and outsourcing company. Notorious for being harder to get into than Harvard, Andela grew to become a premier source for talented, well-rounded developers in Africa thanks to its curriculum and developer training methodology. Two years after it launched the company got a $24 million infusion, led by Facebook’s Mark Zuckerberg, who followed up with a visit.

In July 2020, Andela changed its model, closing its physical offices in Nigeria, Uganda and Rwanda to become a fully remote company. The particular rationale at the time was to increase the number of Africans who could apply to work for the company as software developers. Almost a year later, it expanded its talent pool to welcome Latin and South American developers.

Today, the company boasts of a network of engineers from more than 80 countries and six continents. Through Andela, thousands of engineers have been placed with leading technology companies including Github, Cloudflare and ViacomCBS.

“Hiring remote technical talent is one of the top challenges that companies face today. We believe Andela will become the preferred talent partner for the world’s best companies as remote and hybrid work arrangements become the norm,” Lydia Jett said. “We are delighted to support Jeremy and the Andela team in their mission to connect these companies with brilliant engineers, and in the process, unlock human potential at scale.”