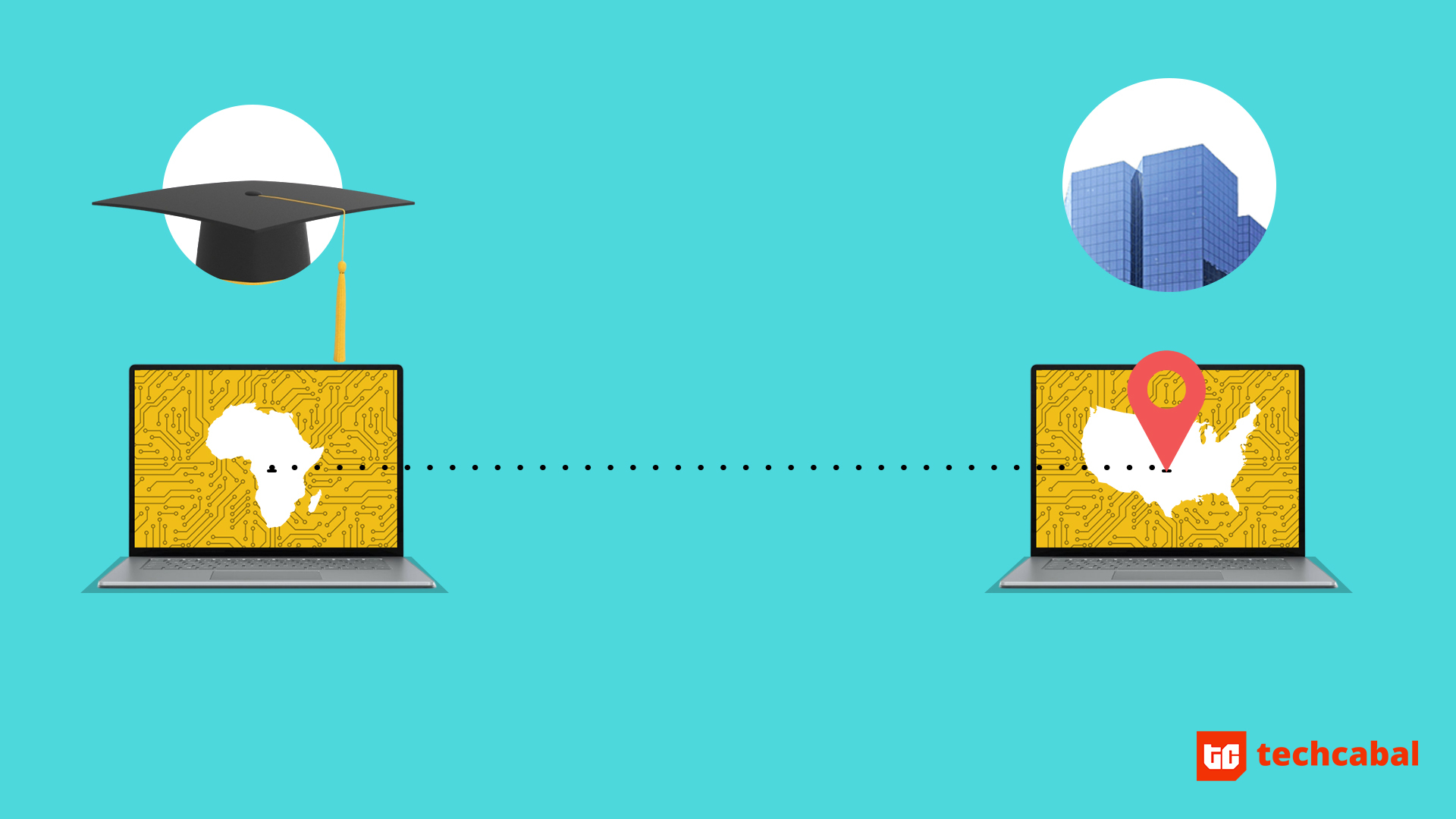 Founded as an African game-changer, Andela is, more than ever, an American company.

Last week’s announcement that Andela is open to hiring more developers from more African countries passed with a whimper. The buzz we’ve come to expect over the last six years is officially gone.

The fade started in September 2019 when Andela relieved itself of a core founding burden. Or was it nine months earlier when they raised $100million and “evolved from a source of talent to a full cycle talent partner”?

In its evolved form, the profit-mindful Andela is a software engineering network that continues to hire African senior developers to work for predominantly American companies.

The social impact mission now rests on the Andela Learning Community. The non-profit initiative in partnership with Pluralsight and Google onboarded its 2020 class of Google Africa Developer scholars two weeks ago. It’s the appendage that could well be Andela’s Africa legacy.

Appropriately classifying Andela 2.0 is an accounting chore: tedious but necessary. Beyond the pedantry of what counts as African, tracking Andela’s evolution keeps us honest in the grand stories to be told about tech innovation in Africa.

Half Andela is better than none

To be sure, any company’s ability to reinvent itself and still create jobs is good news.

Until it went fully remote in May, Andela occupied five floors of a high rise building in Lagos – its main campus – where about half of its 600+ Nigerian staff went to work every other weekday.

On a visit in January, I met Blessing Nwosu, a junior developer who told me her tech pursuits were inspired by a woman who managed the website of the Lagos State University (LASU) during an internship.

Ignatius Ukwuoma, another junior developer, told me the promise of becoming a “global technology leader” pushed him to leave the southeastern town of Enugu to try out for the (now defunct) Andela fellowship.

In Africa, access to the software engineering world tends to favour residents in capital cities. Opportunities are more abundant in Nairobi, Lagos, Kigali, and Kampala, the hubs where Andela sited its campuses.

With the company’s shift to full remote work, the original mission of plugging distributed African brilliance to global opportunities is truer.

But this expansion of access coincides with a relative shrinkage in entry-level opportunities, evidenced by the last 10 months of mass evictions.

As the company graduates from startup fuzz to scale-up stasis, this remote recruitment could be the last big news we hear for a while. Has Andela reached its peak for excitement and innovation?

On the 4th of July 2013, Iyinoluwa Aboyeji flew into Abuja, Nigeria’s capital city, from Canada to meet with representatives of the National Universities Commission.

He had founded and sold Bookneto, an e-learning platform, as a Legal Studies undergraduate at the University of Waterloo.

“They stonewalled me, told me I needed a license and they wouldn’t introduce me to universities,” he says to Sangu Delle, an early investor in Andela and Flutterwave, in the book Making Futures: Young Entrepreneurs in a Dynamic Africa.

Nigeria’s education system has been a stonewall against innovation. The world is in the middle of the greatest remote learning experiment right now but academic staff of government-owned Universities are in the 16th week of a nationwide strike.

Computer science departments are mostly artifacts of history that recycle redundancy. Only people with privileged access to foreign learning resources, or who escape the country, thrive. In the early 2010s, you needed an Indian, Ukrainian or a London-based team of developers (in the case of IrokoTV) to build your African tech project.

Trying but failing to scale Fora, a new edtech thing he started with friends after Bookneto, Aboyeji reached out to Jeremy Johnson whose online degree platform, 2U, was going public.

Though it was located in the US from day one with a Nigerian office, Andela’s 2014 incarnation was as a profoundly African game-changer in education and technology. The computer science disruptor more selective than Harvard!

From the Series B (in which Mark Zuckerberg invested) to January 2019 when they raised $100million in a Series D, Andela was the standard bearer of Africa’s attractiveness and readiness for tech investment.

But even before history-altering crises like COVID-19 emerged, that narrative began to creak under the weight of reality.

Johnson’s 2015 estimate that there were 1.8 million jobs in North America available to Andela to fill might have been an oversell. It was an easy buy because Nigeria’s recession-era economy had produced 50% unemployment.

Today, unemployment is just as high but a ceiling has appeared in the software engineering market, especially in the junior category where Andela initially focused. Concerns about financing and unit economics have also influenced the company’s perspective.

“Our ability to attract future investment is determined by the ratio of how quickly we grow in comparison to how much we spend to achieve that growth,” Johnson told staff on May 5, the day 135 people were laid off.

“If you aren’t growing, you can’t count on raising more money, so you have to adjust expenses so you don’t spend more than you bring in.”

What counts as growth?

Every business, tech innovation or not, must be fiscally responsible. But what does growth mean for Andela?

As the talent matching agency that it now is, Andela doesn’t seem much different from job matching platforms.

This is more the case considering last week’s announcement came with a caveat: new hires will be paid on a per contract basis. The policy will be administered by Courtney Machi, Andela’s new Vice President for Product who joined in May from Toptal, a Silicon Valley freelancing platform.

In a statement to TechCabal, Johnson explains that physical offices constrained their ability to connect talent with opportunities. They estimate that, with a remote model, there is a bigger pool of 500,000 engineers in Africa that they can source from.

This is the sense in which Andela has “expanded across Africa.”

Johnson places Andela above other talent matching platforms because an average Andela engagement lasts over 18 months, while a Fiverr gig may last a couple of weeks. “Andela is where the best companies and engineers come to find stable, long-term, value creating relationships,” he said.

For Delle, the investor and author of Making Futures, the changes of the past year have strengthened Andela.

He believes it a good thing that the company has a greater focus on “providing a global platform for engineers to explore opportunities with some really exciting high growth companies.”

All of this points to a company that has shed the experimentation of startup life for predictability.

Andela’s future, in the current leadership’s thinking, will be based on a pragmatic approach to ensuring every developer on the payroll converts on the left side of the balance sheet.

A software engineering job can mean upward mobility for a young woman from a rural community who once stumbled on a Python lesson and took initiative. Andela’s African developers transmit their knowledge and experience into the ecosystem in direct and indirect ways.

Ex-Andelans are co-founding and co-funding new African startups, including a potential Andela replacement in the talent accelerator genre. The company’s success story creates a path for other African companies to gain global reach and patronage, Delle tells me.

Yet, we should ask if the prospect of working at Andela as a “specialised” software engineer retains any of its original innovative pulse. Entering as a senior software engineer, being world-class probably isn’t your concern anymore. It’s about that name recognition, and money.

When income becomes the ultimate bond between company and employees, the workplace becomes a train station. You transact and wait, biding time till more exciting work pops up.

Andela will be alright as long as a steady supply of developers comes through, but Africa’s ecosystem should look elsewhere to feed its appetite for innovation.