For most Nigerian developers, remote work is still a mirage, new report says 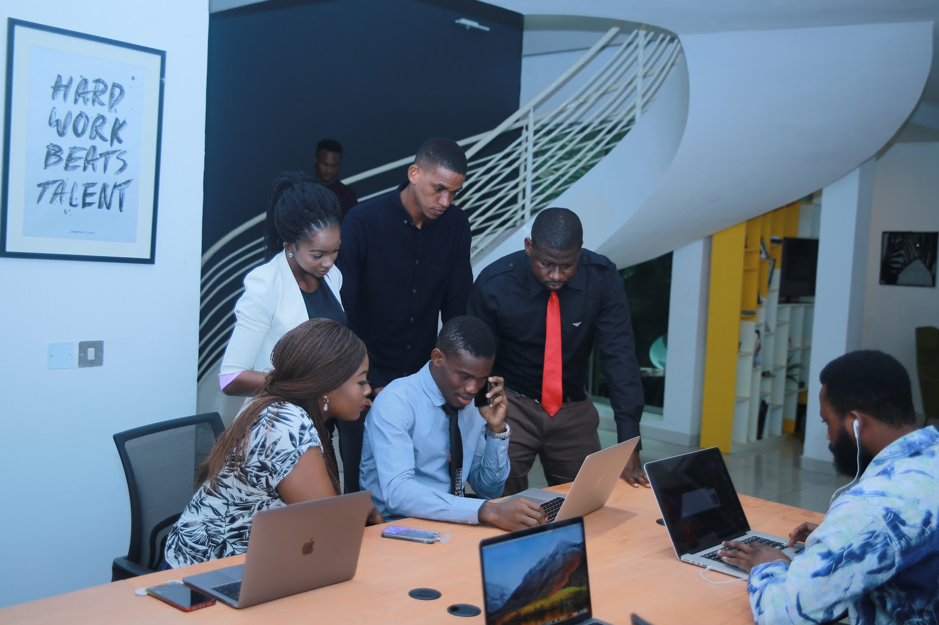 Those who intend to work as developers in Nigerian technology should be ready for office work and consider relocating to Lagos if they reside elsewhere, according to findings from a new report.

These observations are gleaned from data provided by Devcenter’s ‘State of Code Jobs’ reported released today and which TechCabal got an advance copy of.

Devcenter is a technology product and talent company founded in 2016.

From over 3000 jobs posted on Gigson, Devcenter’s jobs platform, we get a glimpse of what employers look out for when hiring developers in Nigeria.

Nearly one in three jobs posted on the site was for a back-end developer, those who work on the server-side of web products. Back-end developers work on databases, scripting architecture and craft the logical frameworks behind a website’s functionality. Competence in programming languages like Java, Python and Ruby are essential.

Requests for front-end developers and full-stack developers comprise 24% and 20% respectively. 22% is for mobile developers while 3% of openings are listed as internships and other types of jobs.

Whatever your speciality, expect to resume from a physical office on most days of the week. As much as remote work grows, tech employers are not ready to risk failed deliverables due to power and internet complaints.

Gigson’s report records remote work postings at 9% while only 14% are remote-friendly. However, more than half of jobs employers post require physical presence at the office. Since the beginning of the decade, there has been an increase in the number of locations for remote work – 117 in 2019, from about 5 at the beginning of the decade. Especially in cities like Lagos where traffic is debilitating, remote work offers flexibility and could enable companies get more work done per hour. But infrastructure deficits strain employers’ willingness to take this option fully.

That said, Lagos remains the place to be if your target is to work as a developer in Nigeria.

By a wide margin (95%), tech companies headquartered in Lagos raise far more startup funding and have greater access to tech consumer markets than those in other states. Developer events and communities appear to thrive more in Lagos too, providing a loop that feeds the developer jobs market. While more tech hubs are springing up in cities across Nigeria, Lagos – with a GDP that makes it Africa’s fifth-largest economy – remains the destination for code jobs tourists.

91% of job postings are in Lagos, which shows an overwhelming need for Nigerian developers seeking opportunities to be in Lagos.

This finding aligns with Andela’s September decision to lay off 420 junior developers across Nigeria, Kenya and Uganda for what the company said was a lack of demand in relatively inexperienced developers.

Experience determines what compensation employers choose to offer developers. Employers, per the report, are reluctant to disclose what they will pay until they have had a conversation with the potential employee. For those employers willing to reveal how much they will pay before contact is made, the typical offer to junior developers ranges from N80,000 ($219) to N150,000 ($410) a month. Any salary offers above N300,000 ($827) is usually for senior developers.

To make up for shortages in cash compensation, Gigson reports that employers offer bonuses and stock options. This is consistent with the approach emerging across Africa, as startup employers look to hedge their risk in their companies’ formative years.

Perhaps the cheeriest detail from this report is the rising appreciation for the designer. The rise of lifestyle apps like those from wealth management startups means there’s an increased focus on facilitating a seamless user experience as well as efficiency. Companies are looking more at getting designers to communicate their brand values and identity in most appealing ways, and “create optimum user flow.”

We have seen unsolicited logo design competitions spontaneously take off on Twitter in recent months. There are levels to brand identity submissions but this is a good time to have advanced Photoshop and Illustrator skills.