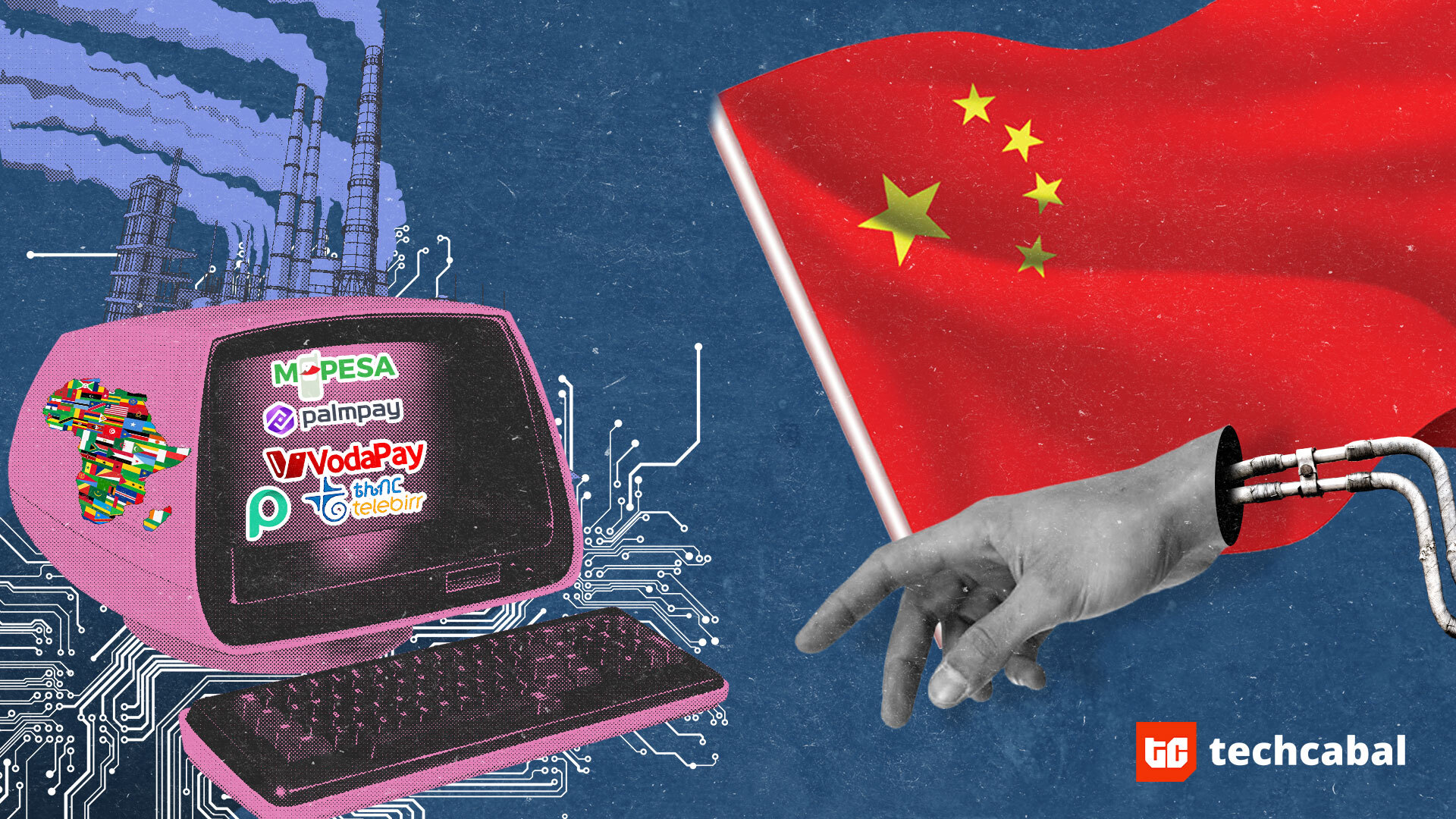 In 2013, M-Pesa, Africa’s largest mobile money platform, was faced with a major challenge: Its users couldn’t settle insurance premiums and make bank payments in real-time. Payments made to Kenya Power took 48 hours before reflecting in the company’s systems; other payments, like the one to the National Hospital Insurance Fund, experienced longer delay times, often taking three days before they were acknowledged.

Among the many reasons for these lengthy settlements and transfer times was the fact that M-Pesa’s mobile money platform could only handle between 200 to 300 transactions per second. But that needed to increase by at least tenfold to make transactions more seamless.

Desperate for a way out, the Vodacom and Safaricom-owned M-Pesa turned to Chinese tech giant Huawei, which helped migrate M-Pesa’s 12.8 million active users over the space of 18 months to a better-performing mobile money platform.

Eight years later, M-Pesa has scaled operations to cater for its 50 million active users in the seven African countries it operates in – Kenya, Tanzania, Lesotho, Democratic Republic of Congo, Ghana, Mozambique and Egypt. It now processes over a billion transactions every month.

Mostly working in the background, Beijing Murong Technology, a Chinese financial software company, also collaborated with Huawei over the years to introduce some features to M-Pesa.

Launched in May 2021, TeleBirr caters to the 115 million people in Africa’s third most populous country. In just two months since its launch, TeleBirr has added six million users to its mobile payment system without a hitch.

For Huawei, these feats highlight its shift from providing solely telecommunications infrastructure to now providing its network customers with technology to run mobile payment applications in as many as 19 African countries. Encouraged by its accomplishments, Huawei also recently announced its intention to build an innovation and research centre in Tunisia, head of the company’s North Africa region.

The success of M-Pesa and Telebirr has enhanced Huawei’s reputation as the poster child for China’s enterprising tech sector. Meanwhile, the collaboration between Huawei and Beijing Murong Technology highlights a bigger trend: Beyond building bridges, rail lines, airports and roads across the continent, Chinese companies are increasingly building digital infrastructures in Africa.

Why Africa? The African market offers Chinese companies and investors a growing young population expected to reach 1.7 billion by 2030. Presently, about 50% of this growing population is excluded from the financial system and less than 40% have access to the internet. This presents a massive opportunity to boost financial inclusion and connectivity.

The presence of tech companies like Huawei and ZTE in Africa dates back to the 1990s. Their expansion to Africa was fueled by the desire to fill a vacuum left by the growing disinterest by Western companies and countries to invest in Africa. These Chinese tech companies decided to establish a stronger presence in Africa despite the political and economic instability. In the long run, this move has paid off and the results are glaring.

“The fact is that you wouldn’t have a thriving African tech ecosystem today without the Chinese,” said Eric Olander, Managing Editor of the Chinese Africa Project, a media organisation dedicated to exploring every aspect of China’s engagement with Africa.

“If the Chinese were not there, Africa would be 15 years behind at least. Think about it, about 50% of the phones in Africa are controlled by one company: Transsion.”

Olander cites the success of Transsion, Africa’s leading mobile phone maker which went public on a $7 billion valuation, and more recently Opay, a fintech platform with over 5 million users, which raised $400 million at a $2 billion valuation from investors like Softbank.

“These Chinese companies are challenging the assumption that you can’t make money in Africa and that the African tech ecosystem isn’t really that big.”

Beyond just making money, once these Chinese companies strike gold, they go on to invest in other upcoming Chinese startups. In 2018, Transsion led a $40 million seed investment in PalmPay, a digital payment service, with participation from China’s NetEase and Taiwanese chip designer MediaTek. PalmPay offers peer-to-peer money transfers, airtime purchase and bill payments in Nigeria and Ghana with plans to expand to other African countries.

Chinese tech giant, Alibaba Group, hasn’t been left out of the action. Its online and mobile payment platform Alipay collaborated with Vodacom to develop VodaPay, a super app positioned to drive financial inclusion and economic growth in South Africa. In June 2021, VodaPay was unveiled, with 70 companies already signed up on it.

“Chinese technology is the foundational technology in Africa. I call it the indispensable player in the African tech space. You take the Chinese piece out and African tech falls apart,” Olander said.

Caution, concerns and the reality

The proliferation of Chinese enterprises in Africa has attracted a great deal of scepticism from academics, policymakers and other observers in recent years. Of particular concern is the relationship between Chinese companies and the Chinese communist party as well as how the data from Africa is used.

Jili Bulelani, a South African researcher at Havard with research interests in Africa-China relations, is concerned about this.

“The question a lot of the time is how deep Chinese companies like Huawei are involved,” he said.

“At some level, we can see them supporting fibre optics, cloud storage and mobile money projects. But there are questions around who owns this data and the legal ramifications around people securing themselves and their data.”

These issues around data usage are worsened by the fact that there aren’t effective data laws in Africa to protect its citizens. About 50% of countries on the continent don’t have data protection laws backed by legislation.

While Olander agrees that the answer to these questions about Huawei’s practices is relatively opaque, partly because Huawei does not communicate well enough about this, he also clamours for a practical look at the situation.

He believes that, from a practical standpoint, African countries are better served by these Chinese companies because their products are cheaper and more tailored to the African market. Africa is a difficult place to do business, and as such, most African countries and companies are not in a strong negotiating position.

“When the Americans told the Kenyans that they should not use Huawei for 5G networks, the answer from Safaricom was, ‘Okay, but what do we do?’” he said. “For African countries, the choice at the end of the day is not between Nokia, Alcatel, Ericsson, Samsung and Huawei. Oftentimes, it’s between Huawei and nothing.”

He also points out that the accusations against Huawei aren’t about the performance of their products and services. A testament to the fact that they make quality products that meet the needs of their clients.

Henry Tugendhat, a senior policy analyst with the China team at the US Institute of Peace, is of the opinion that if Africans are really concerned about cybersecurity then they have to start with the assumption that everybody is interested in our data and communications.

“Until African countries manufacture their own equipment, they’ll always be susceptible to international organisations having access to their data,” Tugendhat said. “To manage the situation it’s going to come down to how African countries can legislate and how they enforce that legislation.”

Is there room for competition?

Despite the immense contribution of Chinese tech to the African fintech space, there’s still room for growth.  Per the GSMA report 2020, less than 50% of the African population have a phone. This pales in comparison with the US (81%) or even China (63%).

The race is still on for the different players building digital infrastructure for the African fintech space. Iginio Gagliardone, author of China, Africa, and the Future of the Internet is of the opinion that there might not be much room left for competition in the next few years.

“China tends to approach projects with a longer time horizon. With it making headway in the physical and digital infrastructure space, it could use its pervasiveness to lock in standards against competitors,” he said.

“If they keep creating at this momentum, it’ll be difficult to unbundle and pull the plug. I’m a bit more worried about the future,” Gagliardone added.

In the past decade, China has become a central player in Africa’s development. Having a strong Chinese presence in African tech has clearly been very beneficial; a monopolistic dominance is what’s worrying.

TechCabal contacted Huawei for comments but had not got a response at the time of publishing this article. 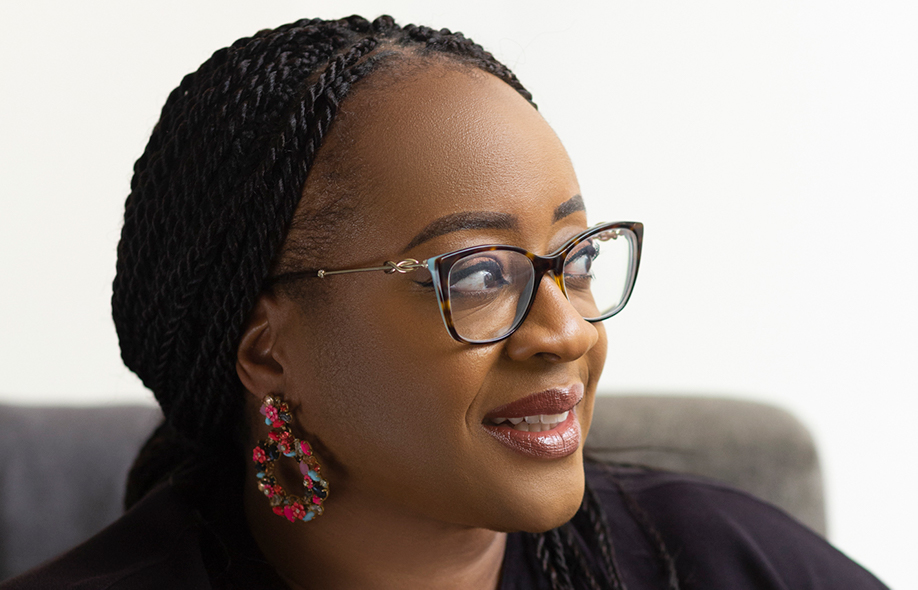