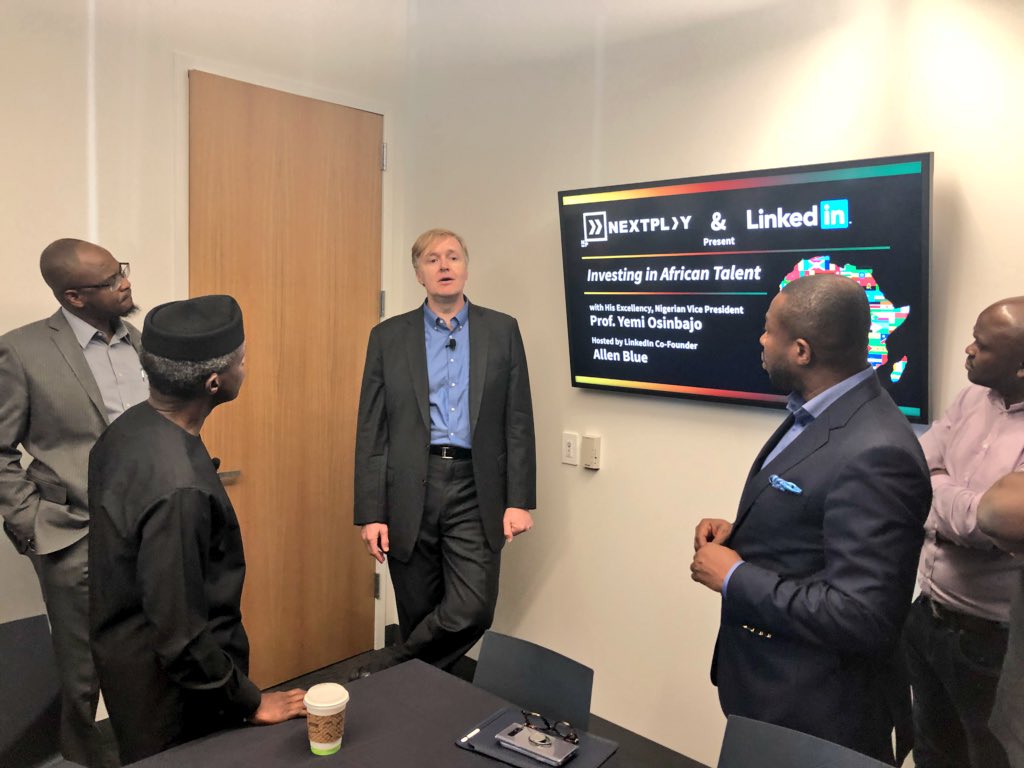 Three years ago, during a roadshow that lasted three days, Nigeria’s Vice President, Professor Yemi Osibajo visited San Francisco’s Silicon Valley to meet with the executives of top tech companies, in order to attract investments to Nigeria’s thriving tech space. The VP, with newly inaugurated members of his Advisory Group on Technology and Creativity, met with Google CEO Sundar Pichai and LinkedIn co-founder Allen Blue before ending the trip at the entertainment centre of the world, Hollywood, where he met with representatives from Sony, Disney, 20th Century, and Imax.

During talks in the roadshow, some investors hinted that even though they are willing to invest in Nigeria, they want the government to have some skin in the tech ecosystem game. When they got back from the trip, the office of the Vice President contacted the African Development Bank (AfDB) to support Nigeria with funding.

The dividends of these efforts did not materialise until this year when the AfDB approved a loan of $170 million to finance the Digital and Creative Enterprises Programme (i-DICE), an initiative by the federal government of Nigeria to promote digital and creative industries in the country. The programme is co-financed by the Agence Française de Développement (AFD) and the Islamic Development Bank (IsDB)

“Governments have a much greater role than just policy making. They need to be innovative and create an enabling environment that includes infrastructure and de-risking to harness private sector investments in key growth sectors,” said African Development Bank President Akinwumi A. Adesina, speaking on AfDB’s investment.

The i-DICE programme is a first-of-its-kind programme that intends to boost innovation, encourage entrepreneurship, enhance social development, boost innovation, and achieve economic transformation by fostering growth in the technology and creative ecosystem. From 2022 to 2026, the programme seeks to attract approximately US$695.80 million to finance various programmatic interventions (US$227.80m) and ground-breaking investment in businesses in the technology and creative sector (US$468m).

This investment will stimulate 226 technology and creative startups and provide non-financial benefits to 451 digital technology and small and medium enterprises. The programme is also expected to help reduce the country’s growing unemployment rate by creating 6.1 million direct and indirect jobs. AfDB’s recent investment alone will support the creation of about 850,000 jobs. It is estimated that the entire added value of the programme to the Nigerian economy would be $6.4 billion.

The programme will support the digital and creative space across four pillars: human capital, enabling environment, finance, and infrastructure. i-DICE will engage in skill development to equip Nigerians from ages 15 to 34 with technology and creative skills to increase their employability, foster innovation in both ecosystems, and widen the pool of entrepreneurs in the country. One of the ways it aims to do this is by upgrading the physical infrastructure of selected tertiary institutions—universities and polytechnics—to satellite labs and innovation centres of excellence and digital entrepreneurship (ICEDE); and online infrastructure—by upgrading the selected online platform to host digital training content and other modules/features.

It will also support technology and creative enterprises by organising Hackathons, providing mentorship, launching a startup voucher programme that will support early-stage startups and entrepreneurs with access to workspace and hubs. It will also help these organisations cut cost by providing them with infrastructure like off-grid power solutions.

Through the Nigeria Entrepreneurship and Innovation Investment Fund, with an initial closing of $468 million, the programme will provide funding for early- and growth-stage businesses in the technology and creative industries in Nigeria. The Fund will invest in these businesses through three funding routes. It will do this by direct investments or debt financing of up to 85% in the Series A rounds of growth-stage startups and about 15-30% in the funding rounds of early-stage startups. Other ways it will also invest in these businesses is by subscribing to closed-end private funds as a Limited Partner of micro-venture capital firms and well-established venture capital firms and investing in listed private equity companies, funds, or other vehicles.

Need for a government-led fund for startups

In the process that led to the creation of this programme, a report Catalysing Growth through Innovation, funded by the UK’s Foreign, Commonwealth & Development Office (FCDO), was published by the federal government to map out the innovation going on in the country.

This is against the backdrop of the Nigerian Startup Bill (NSB), a bill that promises to create an enabling environment for Nigerian startups to thrive by resolving standing issues like the unfavourable regulatory environment, weak infrastructure, and lack of innovation incentives like tax breaks. The bill moved closer to being enacted into law when it was approved by the Federal Executive Council (FEC) just last week. This programme hopes to ensure the localisation of the bill when it is passed into law, across all the states of the country. It will serve as a framework to test how effective the bill will be in the ecosystem.

Another important reason for the government’s foray into the tech ecosystem is to invest outside the Lagos and Abuja bubble. The programme will be targeting states like Enugu and Kaduna where innovation activities are increasing, and some other parts of the country where it is at beginner level. 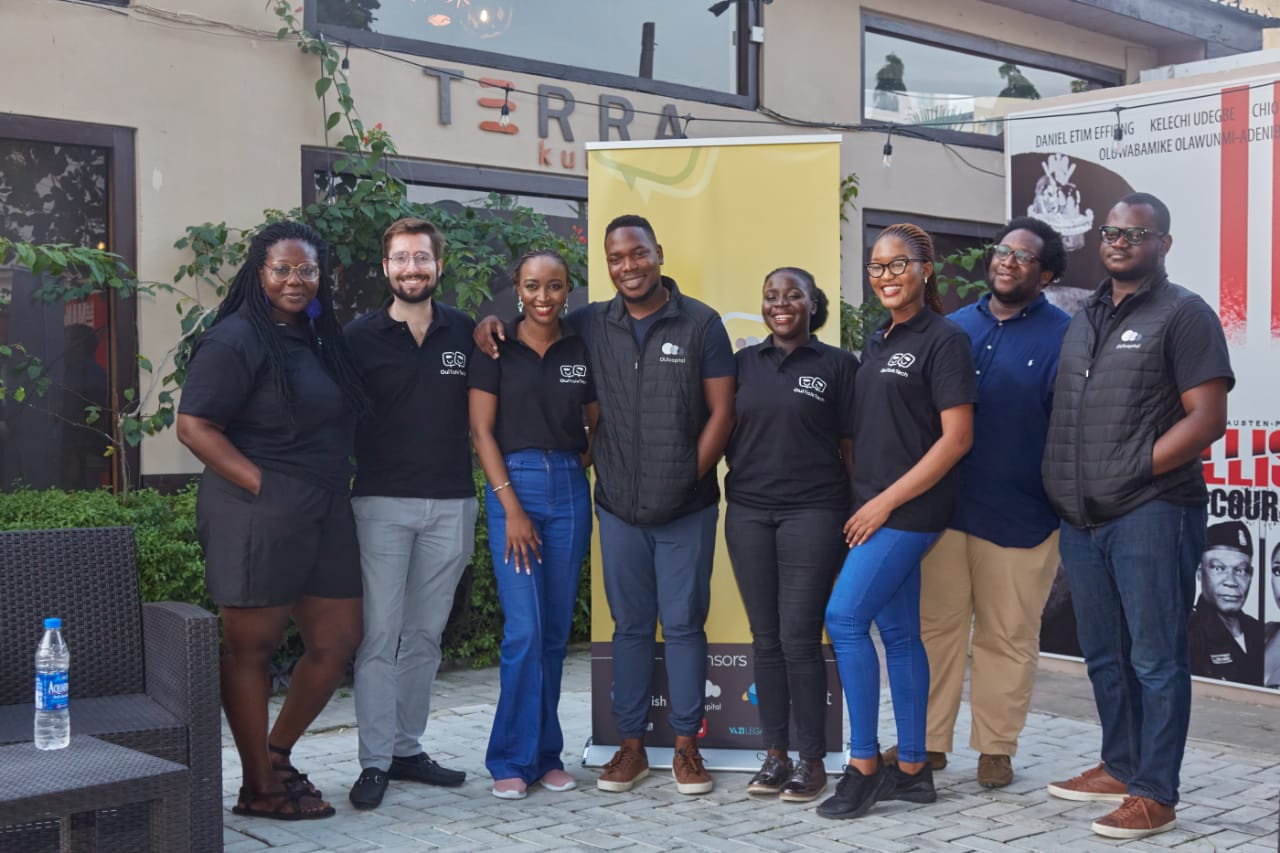