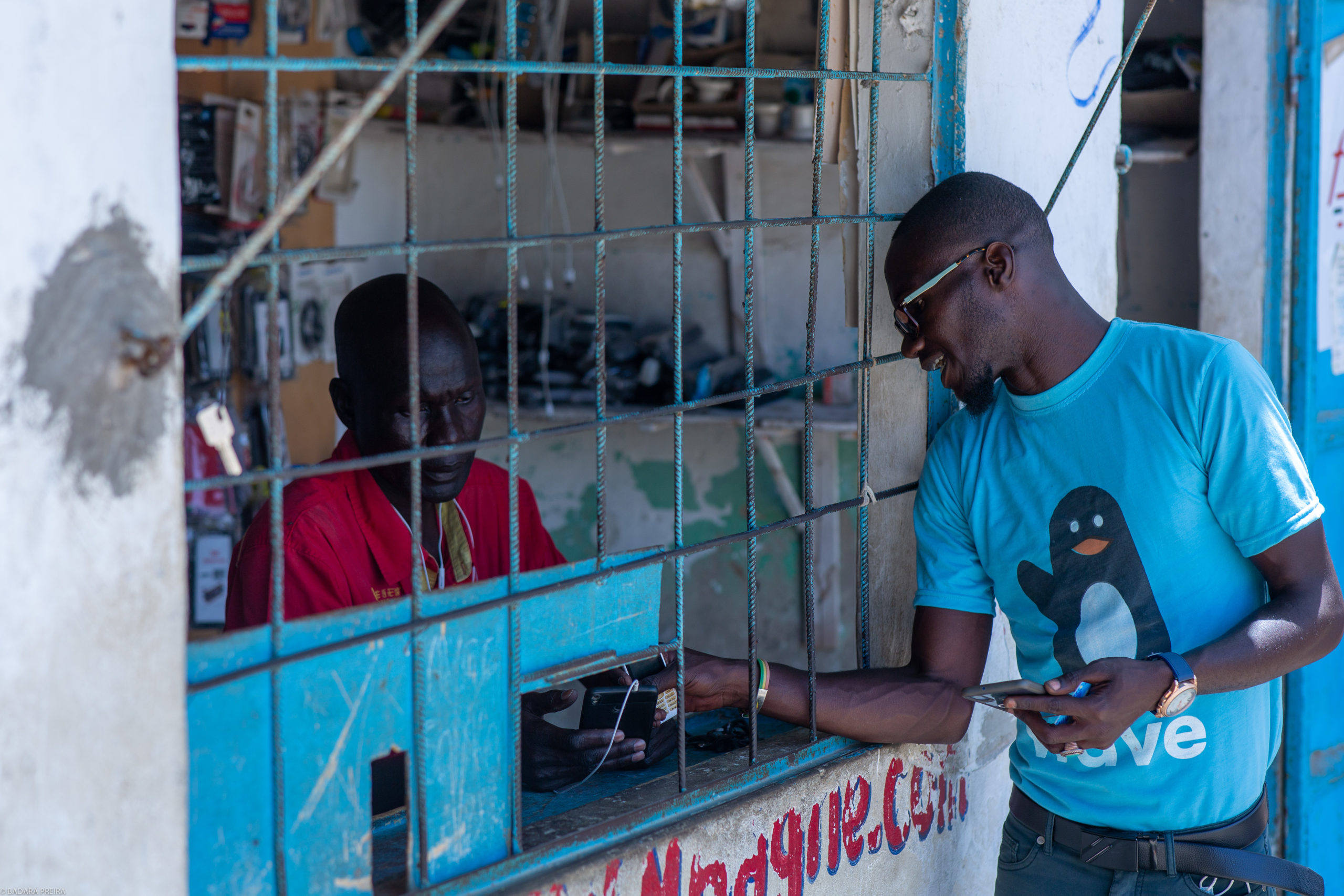 Wave, based in Senegal, secured the largest Series A round by an African startup in September 2021.

Much of the global hype about and investment in startups operating in Africa over the past decade have been skewed towards English-speaking countries. The reality is reflected in annual reports on startup funding in the continent and 2021 has been no different.

This year, Africa has minted five unicorns, a term used to describe startups that have a market value equal to or over $1 billion. Flutterwave, Andela, OPay, Chipper Cash, and Wave joined Jumia, Interswitch, and Fawry in the exclusive club, bringing Africa’s total unicorn count to eight.

Of those that achieved the billion-dollar valuation in 2021, only Wave was built in a French-speaking country. In September, the Senegal-based mobile money provider raised $200 million from mostly American investors, in what was the biggest ever Series A round in Africa.

At the time, Wave’s continental record raise was considered by some as a sign that Senegal’s startup funding fortunes were beginning to change. However, the startup’s success has so far proven to be the exception and not the rule, in the last three months of 2021.

The country reportedly has around 70 startups and, according to fundraising data compiled by Max Cuvellier and Maxime Bayen’s The Big Deal, the ecosystem has raised only $22 million in 17 deals apart from Wave’s Series A this year. Just one other Senegalese startup, Yobante Express, raised over $1 million.

Senegal’s low levels of startup investing activity, compared to countries like Nigeria or South Africa, is a stark representation of a long-standing funding gap that exists between the anglophone and francophone West Africa regions.

Generally, economies in the latter are much less developed than those in English-speaking regions when it comes to tech. While Nigeria has abundant incubators and accelerators, the scale obtainable in Senegal, Cameroon, or Côte d’Ivoire—home to French-speaking West Africa’s most promising tech ecosystems—is much smaller.

Hence venture capital investors have historically drifted towards the region’s more developed tech hubs. This year, African startups have raised more than $4 billion in funding, so far. Nigeria alone accounts for 35% of this funding and, along with Ghana, took the lion’s share, some 86%, of funding that flowed into West African startups. French-speaking Senegal (13%), Cameroon (0.7%), and Côte d’Ivoire (0.3%) make up the rest of the startup funding share, according to available data.

The significantly strict regulatory landscape in francophone Africa is often cited as a major factor that’s contributed to a venture funding apathy held by foreign investors, who prefer to invest in anglophone markets.

“Francophone Africa inherited the French system’s bureaucracy, heavy administration, and governance style; as such, processes and regulations can be stricter than in other regions,” Coura Sene, Wave’s General Manager for the eight French-speaking countries in the West African Economic and Monetary Union (WAEMU), told TechCabal in this interview.

She adds that with English being the “de facto language in technology and the digital era, it’s more natural for investors to focus on Anglophone markets” such as Nigeria, South Africa, and Kenya.

Owing to the conservative nature of regulators in the region, Wave itself opted to partner with local commercial banks to launch its mobile money service rather than obtain an independent license from the get-go, just to make authorities “more comfortable” with its solution. As the startup expands into other countries like Côte d’Ivoire, Togo, and Benin Republic, however, it intends to get an independent mobile money license.

To Ashley Gauzere, founder of HUB2, a Côte d’Ivoire-based startup that provides digital infrastructure solutions for banking and insurance providers, another problem is the penetration of technology-enabled products in Africa’s French-speaking countries, which is significantly low compared to their anglophone counterparts.

Despite the drawbacks and yet another subdued startup funding performance this year (apart from Wave’s raise), Cynthia Mandjek, investment manager at France-based, Africa-focused VC firm Saviu Ventures, thinks investors are waking up to opportunities in francophone Africa, which is “long overdue” for disruption.

Sene shares this sentiment and is bullish on the region’s potentials, pointing to its homogeneity in currency (the CFA franc) and language as an attraction. “If you take the region as a whole, which shares the same currency and language, you start to appreciate the total size of the market. The opportunities it presents outweigh any perceived challenges.”

“Despite the differences in each country, once your product gains ground in more than one country, I believe this becomes a significant competitive advantage,” Moulaye Tabouré, founder of Ivorian fashion retail startup Afrikrea noted in an interview with Rest of World. “Network effects started in the zone are more resilient and cheaper to sustain than from Nigeria to Kenya, for example.”

“It might not be the largest by gross domestic product compared to the much larger Ivorian economy, but there’s definitely more appetite for digital products,” the Wave GM said.

In addition to the appetite, Senegal is home to a large number of startups (though most are still in their infancy), co-working spaces, incubators, and accelerators, as well as local investment funds such as Partech and Orange Digital Ventures. However, instead of equity, the majority of funding available in the market are grants and concessional loans.

That should change as the country’s tech sector grows and attracts more non-francophone Africa investors, according to stakeholders, who believe it might be too soon to start gauging the impact of Wave’s funding success on the broader regional tech ecosystem.