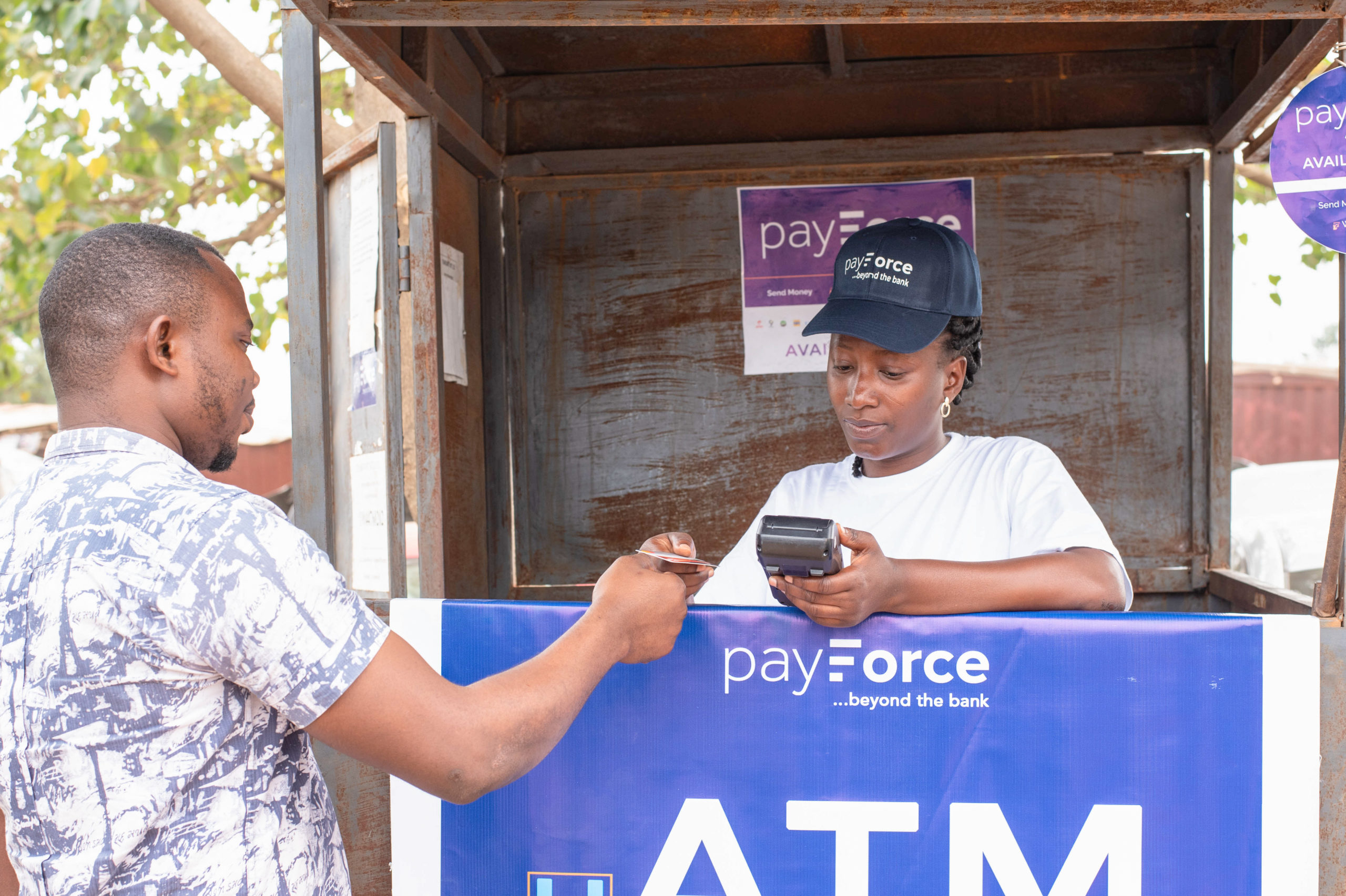 With 4.8 bank branches and 19 ATMs for every 100,000 adults, compared to the world average of 13 bank branches and 40 ATMs, universal access to financial services in Nigeria remains a challenge. Available data also shows that less than one-third of Nigerian adults have access to a bank branch or ATM within one kilometer of where they live, especially for those in rural areas.

One of the agency banking players addressing the challenge in Africa’s most populous country, CrowdForce, today said it has secured a $3.6 million pre-Series A investment, $1 million of which is debt. The round was led by Aruwa Capital Management with participation from HAVAÍC and AAIC.

CrowdForce’s product, PayForce, a POS-enabled system providing ATM services, transfer, and bill payments, is present in market clusters and small businesses as both can meet high cash demand from customers in areas where bank branches are absent. For merchants, PayForce helps manage their cash float safely and allows them to earn extra income by acting as an agent.

Founded by CEO Oluwatomi Ayorinde and COO Damilola Ayorinde, what is today known as CrowdForce originally started as MobileForms, a data analytics platform set up in 2015. At the time, the company provided insights on hard-to-reach rural and semi-peri urban populations for businesses across several sectors, NGOs, and development organisations. In 2018, MobileForms performed KYC on 4.5 million eligible micro-traders for the Nigerian government’s TraderMoni small loan program.

MobileForms also allowed users to build forms using an easy drag-and-drop functionality, and share these forms with other team members with the click of a button. Using the app, team members can log in and start collecting data on mobile devices. Yet the pair realised there were even bigger problems that needed solving while executing the TraderMoni project.

“With our data crowdsourcing platform, we initially helped companies gather insights in a reliable way, reduced cost and their turnaround time for decision making,” Ayorinde told TechCabal on a call. “But we saw an opportunity to do more when the government couldn’t get loans to the traders we’d profiled for the TraderMoni scheme as most stayed in rural areas in the northern part of the country.”

The Y Combinator-backed company currently has 7,000 active agents, a significantly small figure compared to players like E-Settlement, Paga, or Baxi with an average of 100,000 agents. But to broaden its distribution network, CrowdForce relies on partnerships with cash-heavy small businesses, converting them to mobile bank branches while helping them store their cash on PayForce digital wallets.

Per an official statement, the company has over the last 3 years partnered with 19,000 fuel stations, 20,000 merchants, and 6,000 pharmacies. CrowdForce claims to have the largest liquidity among Nigerian agent banking networks, leveraging over $4 billion (₦1.7 trillion) through its partners. It also claims to have been cash positive since 2020 and served 1.9 million unique customers in 25 Nigerian states to date—the majority in the north—with user growth increasing 25% month-on-month.

With the funding, the company plans to expand its team of 76 full-time staff, deepen operations in cities where it currently operates, bolster marketing efforts as well as increase its agent network three-fold this year. CrowdForce also plans to distribute more POS terminals to small businesses—gas stations, pharmacies, and aggregators—that act as mobile bank branches.

CrowdForce still helps businesses and government institutions access market data, just as MobileForms was built to do. The startup earns a commission on every transaction conducted via its PayForce platform, and also charges for access to the market data.

Its new business model has proven attractive to investors. Prior to this round, the company raised $500,000 from angel and VC investors including 500 Startups, Ventures Platform, and Right Side Capital. That was after bootstrapping the startup early on with the co-founders’ savings.

The ambition for CrowdForce is to bring financial services within “one kilometer or within 15 minutes” of all Nigerians.

“Fintechs and challenger banks are emerging in Africa to deliver better financial services via digital rails but cash is clearly still king in Nigeria and 97% of retail transactions happen offline,” Ayorinde said. “There is a clear need to build an offline distribution network to enable fintechs and challengers to reach the mass market – this is exactly what we’re doing at CrowdForce and this round will accelerate our momentum even more.”