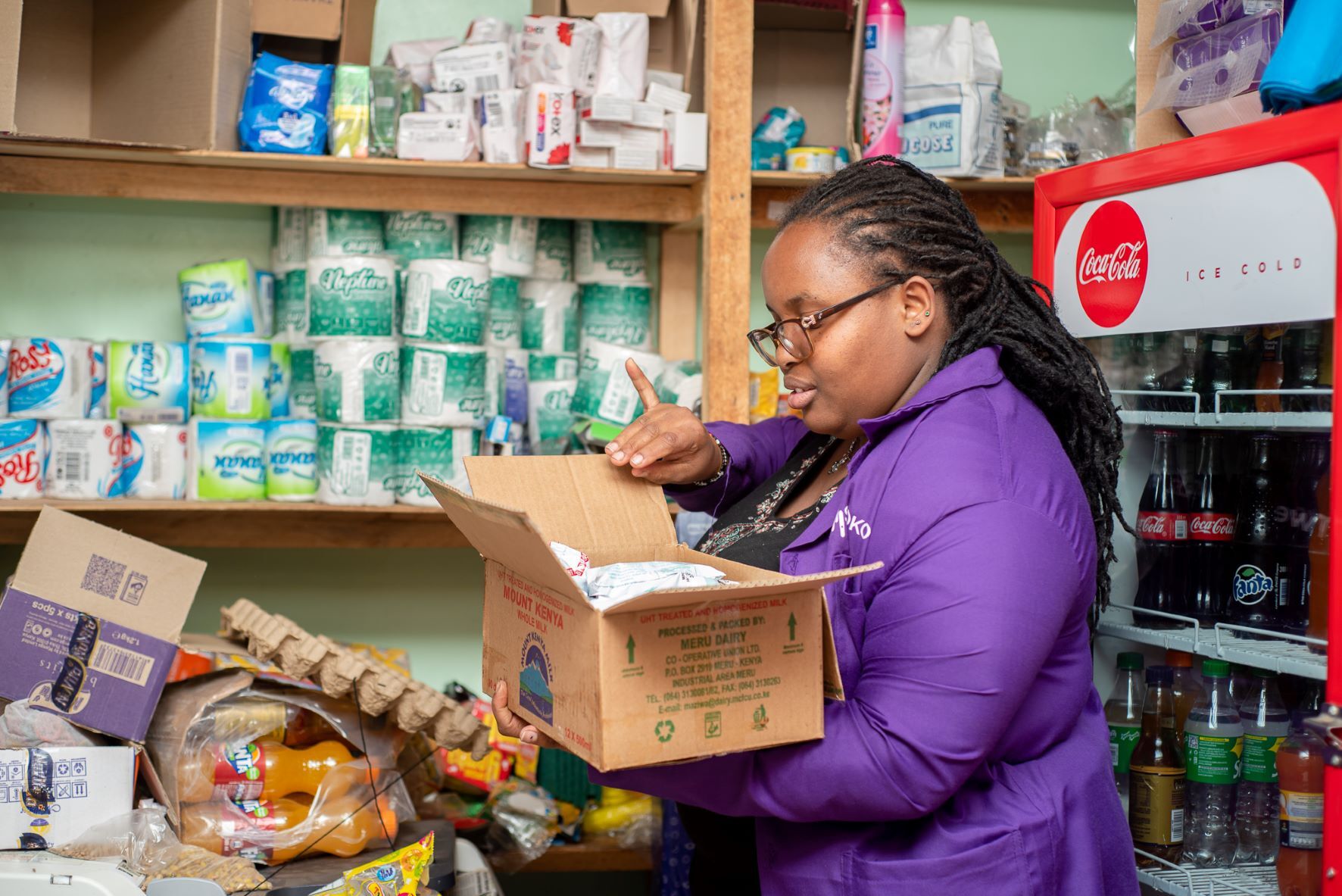 Through Wasoko’s platform, informal retailers are able to order products at any time via SMS or mobile app for free same-day delivery to their stores. Image credit: Supplied.

Sokowatch, an e-commerce company offering tech-enabled supply chain solutions to Africa’s informal retailers, on Wednesday said it has closed a $125 million Series B equity round at a valuation of $625 million, per TechCrunch.

Alongside the new funding, the company has rebranded to Wasoko, which translates to “People of the Market” in Swahili and also launched in Abidjan (Côte d’Ivoire) and Dakar (Senegal), its first locations in West Africa.

Initially launched in Kenya by founder and CEO Daniel Yu in 2015, Sokowatch scaled into neighboring East African markets Tanzania, Rwanda, and Uganda in 2018. The West Africa expansion thus brings its total markets to 6.

Sokowatch explains in a statement its new brand reflects a “shift from its origins as a backend distribution software platform in East Africa to a public brand providing free delivery of essential goods and working capital financing to informal retailers across opposite ends of the African continent”.

More than $600 billion of consumer goods are sold in Africa through informal retail channels every year, supplying the vast majority of the 1.2 billion population.

Despite its importance, the informal retail sector still remains highly fragmented and inefficient with local shops facing a number of major challenges including frequent stockouts, limited access to capital, and difficulty receiving goods from suppliers.

Through Wasoko’s platform, informal retailers are able to order products at any time via SMS or mobile app for free same-day delivery to their stores. And leveraging purchasing data, the platform also evaluates retailers to provide them with access to Buy Now Pay Later (BNPL) financing.

“Informal retailers capture the vast majority of consumer spending in Africa, and they are dramatically underserved by existing distribution and financial infrastructure,” Andrew Sugrue, Founding Partner at Avenir Growth Capital said on the VC firm’s investment in Wasoko. “We’re excited about what Wasoko is building and the efficiencies it brings to these retailers and their suppliers.”

Since its launch in 2016, Wasoko claims to have delivered 2.5 million orders to over 50,000 informal retailers across Kenya, Tanzania, Rwanda, Uganda, Côte d’Ivoire, and Senegal with revenue growth over the past 12 months at over 500%. It currently has more than 800 full-time employees across Africa.

On why the company is expanding into francophone West African markets instead of Nigeria, which is arguably the largest market for informal retail in Africa, Yu explains to TechCrunch that the choice reflects the strong growth that its choice countries have exhibited in the region overall.

“If you look at the past 10 years, both Senegal and Cote d’Ivoire have experienced solid year-on-year GDP growth,” the CEO said. But Wasoko adds it is exploring expansion into Southern Africa and Nigeria nonetheless while continuing to consolidate its position across its six current countries.

A mega-round for the record books

Led by Tiger Global and Avenir Growth Capital, Wasoko’s latest raise is the second-largest venture financing round ever secured by a non-fintech startup in Africa and the largest in the B2B retail e-commerce space, where a host of players like TradeDepot, MarketForce, Omnibiz, Alerzo, and others ply their trade.

The round comes 2 years after Wasoko closed a $14 million Series A and saw participation from VNV Global; Binny Bansal, co-founder of Flipkart; and Sujeet Kumar, co-founder of Udaan; Quona Capital; 4DX Ventures; and JAM Fund.

The new capital will enable Wasoko to drive further geographic expansion and product growth across the continent, according to the company.

The company said it is also examining opportunities to expand its product offering to verticals such as merchant point-of-sale systems, bill payments, and social commerce through both internal innovation as well as strategic investments and acquisitions of relevant companies.

In addition to the fundraising and rebranding, Wasoko has made several appointments to its senior leadership team.