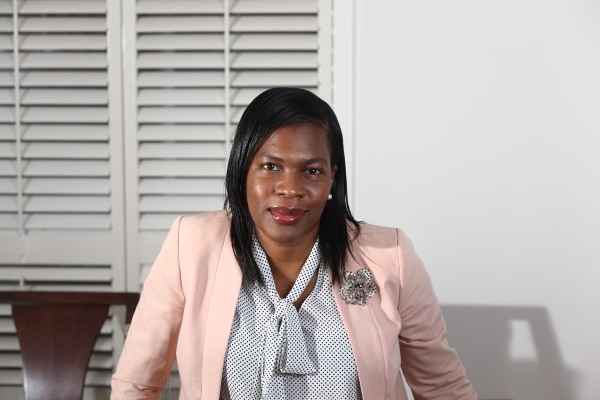 Africans have trouble accessing credit compared to people in other places in the world because of the low coverage of credit bureaus that are supposed to record their information. According to a World Bank report, private credit bureaus have recorded only 11% of the credit information of Africa’s population. This low coverage is not unrelated to the inaccessibility of credit that has seen only 17% of banked Africans access credit.

As financial services become increasingly digitised, the same is happening for the data of the customers that use them. This has increased the need for credit data as financial companies that offer lending want to move to market as quickly as possible in a fast-paced fintech world.

Indicina, a Lagos-based platform providing the infrastructure for this credit underwriting process, announced its seed round of $3 million earlier this week.

The round is led by European venture capital (VC) firm, Target Global, whose investment in Nigeria includes Kuda, Kippa, and Edukoya.  Greycroft and RV ventures also participated in the round.

While leading the strategy team at First Bank of Nigeria (FBN) and interacting with hundreds of African businesses (banks and non-banks), Yvonne Johnson, was able to see Africa’s credit gap and was subsequently motivated to create a solution to fill the gap. As digital lending became prevalent with the increasing adoption of digital banking on the continent, Johnson, who was also armed with software engineering experience and investment banking experience at Merrill Lynch, founded Indicina in 2019 to create credit rails and financial analytics tools for these businesses.

Financial services, banks, fintechs, and microfinance banks embed Indicina’s API-driven credit infrastructure into their digital product it saves them the effort and time that would have been spent building their own credit rail, making it easier and faster for them to go to market.

Johnson explained that this huge credit consumer credit gap exists despite the existence of banks which already offer loans to large corporate firms, but that credit access is not extended to retail firms and SMEs. This is because of the challenge that banks face in offering loans to retail firms and SMEs; they have to make the right lending decision at scale to prevent high default rates.

Indicina’s backers are sold that it is blocking the right holes. Ricardo Schäefer said in a statement seen by TechCabal that his firm backed Indicina because of its “goal to ensure that eligibility for loans will no longer be determined by incomplete creditworthiness assessments”. Similarly,  Will Szczerbiak, partner at Greycroft, believes that limited access to credit in Africa is a data problem, not a creditworthiness problem. “Yvonne and her team are unlocking opportunities by eliminating the complexity associated with accessing the data necessary to make underwriting decisions,” he said in the same statement.

“There will be the infrastructure at scale, in a manner that is easily accessible, such as every lender on the continent can plug into this infrastructure and is then able to open the doors to consumer lending,” said Johnson, speaking on the ideal situation for Africa’s credit infrastructure.

Johnson said that Indicina currently serves about 120 customers, including banks, non-bank lenders, and fintechs. Some of these customers include VFD, Zilla, Polaris Bank, and CreditDirect. According to its website, Indicina has helped process 10,000 bank statements, helped its customers process $3 billion, and disburse $700 million in loans across two countries.

Indicina’s latest funding will allow it to expand its footprint across the continent beyond Nigeria and Kenya where it is currently operating. Johnson explained that the problem Indicina is solving is pan-African. “We do have credit bureaus on the continent. Nigeria has 3 major ones, and they exist in other countries too. But credit bureau coverage is low, with the best-case scenario being high single digits or low double digits. Consumer credit gap is certainly not just a Nigeria problem, so this is something that we are all solving across the continent,” she told TechCabal in a call.

Johnson said that its latest funding would majorly be used for product development. It is looking to strengthen its machine learning products by beefing up its data science team by hiring more machine learning engineers and data scientists to upgrade the overall quality of its product. “You want to ensure that you get those analytics as accurate as possible to continue to deepen the product sets and value proposition,” she explained