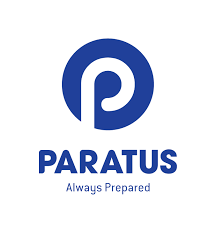 According to an announcement by the company, the rebranding is an attempt to synergise ITA’s brand identity with that of the wider Paratus Group to support its overall vision of delivering an efficient and affordable network and also allowing clients to harness the potential for access to additional resources and seamless integration across the transcontinental network Paratus operates in Africa.

Paratus Group’s investments in southern Africa include 7 offices in the SADC region, being the landing partner of Google’s Equiano Cable in Namibia, establishing fibre connections to the Democratic Republic of the Congo (DRC), 4 data centres (2 of which are in Angola), 5 satellite teleports with more than 4,000 customer sites as well as fibre and microwave coverage connecting 18 provinces in Angola.

ITA was founded in February 2003 and employs nearly 200 staff across its 6 operational offices covering the entire Angolan territory of 1,246,700 square kilometres.

Leveraging its investments in the continent over the years, the parent company Paratus Group, which is present in 35 African countries, plans to double its revenue within the next 5 years.