How to do Cultural Investing in Africa, according to MaC Venture Capital 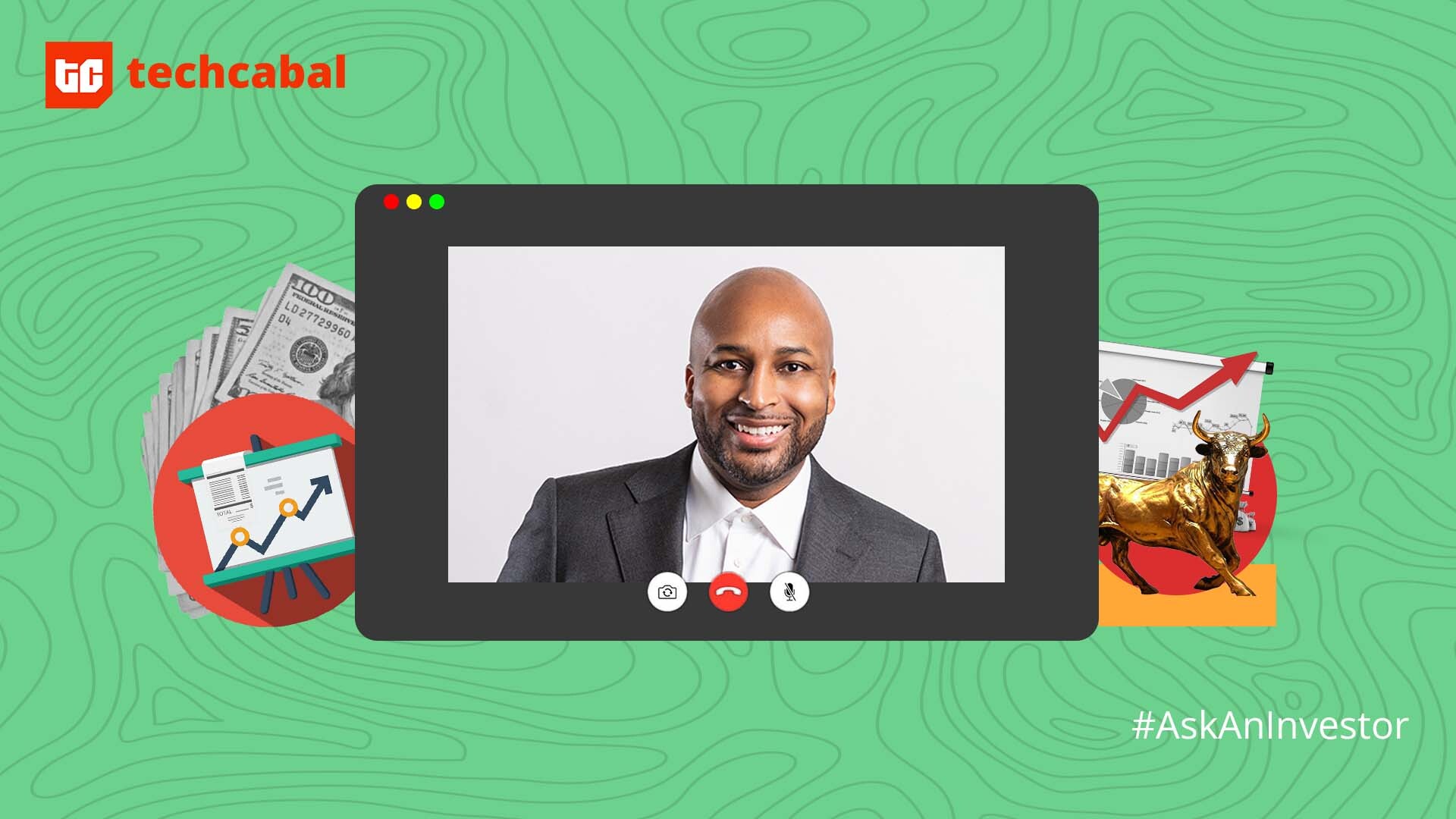 In 2015, California-based Marlon Nichols left Intel Capital, the corporate venture capital arm of Intel Corporation, where he’d worked for over 4 years, to set out on his own.

So he co-founded Cross Culture Ventures with Troy Carter, a successful media manager who managed the careers of artists such as Lady Gaga and John Legend and made investments in startups such as Uber and Spotify. Over the next 4 years, they built Cross Culture Ventures, an early-stage venture capital (VC) firm that made an average initial investment size of $500,000, becoming a reputable VC firm in Los Angeles (LA).

Inspired by the success of his portfolio companies, Nichols decided to expand the firm. However, instead of hiring more hands, he merged with another LA-based firm called M ventures which was co-founded by Charles King, Michael Palank and the former mayor of Washington Adrian Fenty.

“It was a clear path towards accelerating our growth to a top-tier franchise,”  Nichols said to TechCabal over a chat. “The merger increased the size of our team, filled in skill and domain expertise gaps, expanded our networks, and afforded us the opportunity to work with friends.”

The merger birthed MaC Venture Capital, which stands for M ventures and Cross Culture ventures, in 2019. In June 2022, MaC Venture Capital, which started with a $110 million fund, announced the close of its second fund at $203 million. Top performers among the 50 companies it has invested in so far include Pipe, Edge Delta, Stoke, Zigazoo and Epsilon3.

Before forming MaC Venture Capital, the four founders—Nichols, Fenty, King and Palank—had also collectively invested in over 135 companies, including those with notable exits, such as Gimlet Media and Truebill.

Last year, MaC Venture ramped its investment in African startups and now has a portfolio consisting of companies such as Ajua, Sote, Stears, Identity Pass and Big Cabal Media, the parent company of TechCabal.

TechCabal sat down with Nichols to learn more about his experience investing in African startups.

Marlon Nichols: We’re a seed stage fund, so typically, we invest when companies have built a product and they’re about to take the product or solution to market or have just done that. That’s kind of our sweet spot. We invest up to $3 million as our initial entry ticket size in exchange for somewhere between 10 and 15% ownership in the companies on a fully diluted basis.

We are based in Los Angeles and in Silicon Valley, and we invest in technology startups that leverage shifts in cultural trends and behaviours.

DA: What’s cultural investing, your investment thesis, all about?

MN: We call it cultural investing because it’s essentially all about looking at emerging behavioural trends and figuring out which one of those trends to bet on.

We’re investing in companies that are building solutions that fit those emerging behaviours.

Just to give you some kind of context on why we went this way: if you had a crystal ball that helped you decide on investments you were to make today, you’ll be making investments in companies where people and enterprises are going to be spending their time and money in the future.

DA: How did you start investing in African startups?

MN: It was kind of serendipitous. The first investment that I made was in a Kenya-based company named Ajua. They used to be called mSurvey. Coincidentally, it just so happens that the CEO is of Caribbean descent, and so am I.

I was living in the San Francisco Bay Area and a mutual friend introduced us. She just said, ‘Hey, would you mind meeting this guy for coffee and just give him some advice on the company is building?’

I ended up building a pretty good relationship with him over a few months and ultimately became an investor. Once I was an investor in the company, I joined the board and I travelled to Nairobi once every year, which allowed me to meet different members of the ecosystem—entrepreneurs and investors.

From that, I got introduced to other investment opportunities and I got to learn more about some of the hotspots or challenges in the country.

When I raised fund one in 2019 and Dr Akintoye Akindele became an investor through Platform capital into MaC Ventures as a result of that, I started to visit other parts of Africa.

Through the Africa walk events and others, I got to visit Lagos and started to get more familiar with the startup scene and the investor community there.

It’s important to have allies on the ground so having Platform Capital as a limited partner in our fund and as trusted colleagues helps us to learn about opportunities and to help us to investigate and vet them.

This opened us up to other opportunities, so far we’ve invested in 7 companies and now we’re in the process of closing two additional ones within the next month and a half.

DA: How do these African startups connect to your thesis?

MN: If you think about Afya Rekod, for instance, it is essentially using the blockchain to give patients access to their medical records, at their fingertips.

In terms of behaviours, delayed gratification is no longer a thing. Immediate gratification is a behavioural trend going forward. Think about wanting access to your medical records in real-time at your fingertips, that makes sense. Another trend around digital health is being able to have options in terms of your health care, so having access to your medical records allows you to take those records with you and use them for whatever provider you decide to work with.

Generally, Africa has a young population with a mobile-first user base that embraces technology. All of this just makes for a perfect storm of finding companies that are building for where the puck is going or where the ball is going to rebound.

DA: What are some red flags you look out for when investing in startups?

MN: The biggest flags are related to founders and who’s going to run the company.

We invest in smart people with high integrity and a strong level of humility. In other words, people who are open to open to feedback, either from the investors or more importantly from the market because markets move and shift frequently.

The company that you set out to build may not be as relevant today, as it was when you started it a year ago. And so I look for founders that are okay with having that level of flexibility.

Another characteristic that I look for in founders is the ability to recruit, to be an evangelist to attract other top talents to join you in what you’re building. I think that is so important because you can’t do it alone, it’s all about the team. No one founder or inventor is going to build a multi-billion dollar company all on her own. You have to have a strong team.

And then if there are co-founders, I want to see that they can co-exist. They can make decisions and work well together. It’s natural for co-founders to have issues along the journey to building something important. At some point in the journey, you’re going to bump heads on an issue. And so I need to know that you can resolve those issues together without damaging the company.

DA: What’s your perspective on the current economic downturn?

MN: Economic cycles have always happened and we’re going through a downturn. The other thing that we know to be true is that great companies get founded and funded in these types of environments. Companies such as Instagram, Uber, Lyft and Google, were either founded or funded in down environments and they turned out to be amazing companies.

The other thing to consider and keep in mind is that during these down markets, company valuations tend to reduce, which means that as an investor you have better economics on the investments that you’re making. For instance, a $30 million valuation becomes a $15 million valuation in this period.

So investors can invest the same amount that we would have anyway, and we get more ownership for it, which is positive.

Also, from an investor’s perspective, there’s much more scrutiny in the market during these times so the companies that get funded are typically doing pretty well with strong unit economics. So we end up seeing many more kinds of strong companies during the time and we can invest in them at good prices.

On the flip side, for existing investments/portfolio companies, as an investor, you also have to think about the fact that it might be more difficult for companies in your portfolio to raise capital.

Now part of your job becomes spending time with them to understand how they’re performing, where they might be held up and how you can help position them to grow their company in this time while conserving capital and making themselves attractive enough to inspire additional investment from new investors.