The Central Bank of Kenya (CBK) was true to its word.

Over the weekend, it revealed that only 10 digital lenders in the country were licensed to operate.

ICYMI: Early in March, the CBK gave all digital lenders a 6-month ultimatum to apply for operational licenses or cease all operations in Kenya. The licenses will help the CBK regulate Kenya’s digital lending sector which is riddled with high commission rates and predatory recovery tactics.

The grace period has passed and only 10 lenders scaled through, although the CBK did note that it received over 228 applications and is still reviewing many other applications.

It ordered hundreds of others who did not submit applications to stop all operations immediately.

Several African startups have laid off employees for similar reasons: to save money and prepare for the global funding winter.

Sendy, for example, laid off 10% of its staff in response to the “current realities impacting tech companies globally”, according to CEO, Mesh Alloys.

Other startups are framing the layoffs as a “change in strategy”. Kenyan B2B Marketforce, for one, laid off nine percent of its employees in a strategy change described by CEO Tesh Mbaabu as optimising for profitability instead of growth.

Edukoya, a Nigerian edtech platform, is taking a similarly transformational approach towards its layoffs.

Yes. How many? There are two accounts.

According to the startup, it laid off only four employees and is simply optimising its teams.

Ex-employees however had different accounts. One former employee told TechCabal that the firm had fired most of its workforce—sparing only its engineering team—amidst plans to build itself into a new fintech service called “Koya”.

This account was corroborated by another ex-employee who also mentioned that Edukoya was already attending events with Koya branding. The event in question was this year’s edition of the TOTAL School Support Seminar and Exhibition held earlier this month.

In a response to TechCabal, the firm denied this, stating that it would “continue to provide access to high-quality education for the next generation of Africans”.

Regardless of what Edukoya claims, this much is certain: it is, at least, bundling a fintech product into its edtech offering. 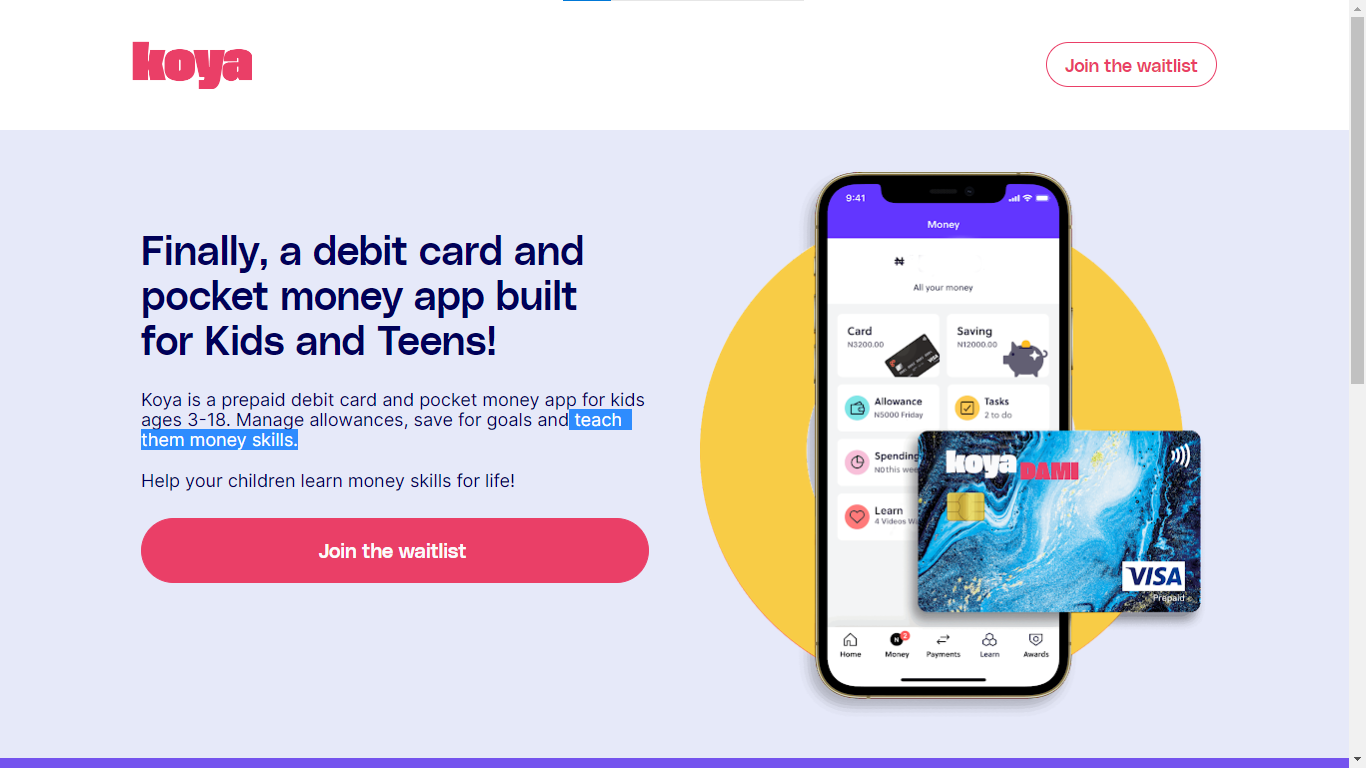 Koya appears to be a fintech product for secondary school students—the same demographic as current Edukoya users. The product looks like a savings app plus debit card for school-aged children which would help “teach them money skills”.

A now-deleted landing page, koyakids.com, described Koya as “the debit card and financial learning app for kids and teens”.

Koya offers prepaid debit cards and a savings app to children between the ages of 3 and 18 for a monthly membership fee of ₦2,500.

For now though, Edukoya still remains a Nigerian edtech that wants to educate the continent’s next billion learners.

What we know so far

On Thursday afternoon, employees at Uber received a Slack message from a colleague that read, “I announce I am a hacker and Uber has suffered a data breach.” The message went on to list several internal databases that the hacker claimed had been compromised. The culprit reportedly hacked one employee’s account and used it to disseminate the message and send screenshots of Uber’s internal systems to show that he indeed had access to the breach.

Shortly after, the company’s Slack system was taken down and other internal communications and engineering systems were offline.

Surprisingly, the hacker, an anonymous 18-year-old, reached out to The New York Times to claim responsibility, stating that he used social engineering to break into the billion-dollar company.

Side bar: Social engineering occurs where people use psychological manipulation to force others to make security mistakes or divulge sensitive information. Basically, the culprit researches victims, gains their trust and provides incentives for the victims to reveal sensitive security details.

In this case, the hacker sent a message to an Uber employee marauding as a corporate information personnel; he then persuaded the employee to hand over passwords which he used to gain access to Uber’s systems.

Uber’s hacker—who told The NYT that he has been sharpening his cybersecurity skills “for years”—claims that he broke in because the company had weak security. The hacker also stated that Uber drivers should receive higher pay.

It isn’t the first time Uber is getting hacked

In 2016, hackers stole information from 57 million driver accounts and demanded a $100,000 ransom from Uber for the data. Uber arranged the payment but kept the breach a secret for more than a year.

No demands have been made yet—or at least none that Uber has revealed—even though this is a total and complete breach as experts have claimed.

Sam Curry, the security engineer who spoke to the hacker said, “It seems like maybe they’re this kid who got into Uber and doesn’t know what to do with it, and is having the time of his life.”

We may see them frequently on TV and shows but ultrasound devices aren’t as available as we think they are.

Across sub-Saharan Africa, ultrasound devices are not well known, especially amongst women living in rural areas, who make up about 58% of the total area. Several research papers have found that most women in these areas go through pregnancy without receiving ultrasound examinations.

Butterfly Network is working to change the narrative for some of these women.

In what they’re calling “largest global medical device distribution ever”, the Network is distributing its handheld ultrasound device: the Butterfly iQ+ device. 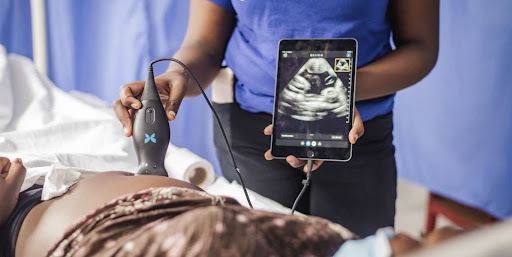 This Tuesday, September 20, it will bring its handheld, whole-body ultrasound probe technology to Kenya to advance maternal and foetal health as part of a $5 million grant from the Gates Foundation.

Medical practitioners will receive the device and be trained in its use, and local women from the community will have the opportunity to see their unborn child for the first time.

Africa has a large, untapped agricultural potential which currently contributes nearly a quarter to the continent’s GDP and is projected to be worth $1 trillion by 2030.

Similarly, Africa boasts over 800 hectares of agricultural farmland with about 60% of farmers in sub-Saharan Africa being smallholder farmers. Despite this potential, one in five people on the continent faced hunger in 2020 according to a report by the Brookings Institute. The continent has also been adjudged as home to one of the world’s undernourished populations at over 280 million people and it remains a net food importer. The emerging climate issue has also exacerbated this dilemma driven by drought, desertification, flooding, and other climate factors. It is estimated that an additional 30 million hungry people alone will be added to the continent by 2050 due to climate change. All these dire circumstances underscore the need for Africa to address food security and technology could prove a game changer.

Africa’s young innovators are already helping to change the current narratives in the continent’s agriculture sector with smart agriculture solutions. The number of agritech startups grew by 44% between 2016 and 2019, with the majority of the startups concentrated in Nigeria, Kenya, Egypt and South Africa. But these startups are not alone in this change mission. Investors, both foreign and local, are also helping them to scale by providing them with huge funding despite the riskiness of the sector. Agritech startups in Africa raised over $95 million representing 4.4% of total funding received by African tech startups that year. 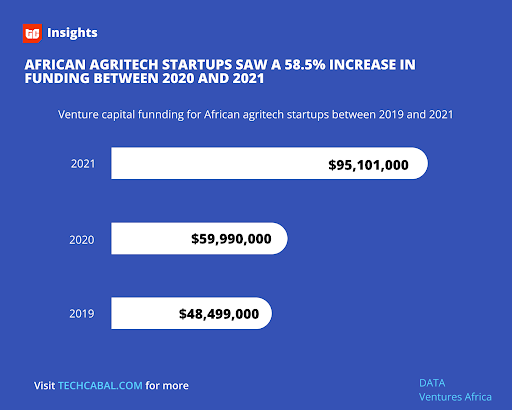 According to Microsoft, about 200 million smallholders will be registered for agritech solutions by 2030. And with mobile connectivity predicted to reach over 55% by 2030, compared with 45% currently, over 85% of smallholder farmers could have access to features of smartphones and mobile solutions. This is important, as many smallholder farmers live in remote areas, are hard to reach, and lack purchasing power on their own.

If African countries want to achieve the sustainable development goals of zero hunger by 2030, they must first begin to recognise the role technology plays in addressing the widening food gaps and supporting players leveraging tech to boost food production and enhance the overall food value chain. This support could come in form of grants and robust policy framework. 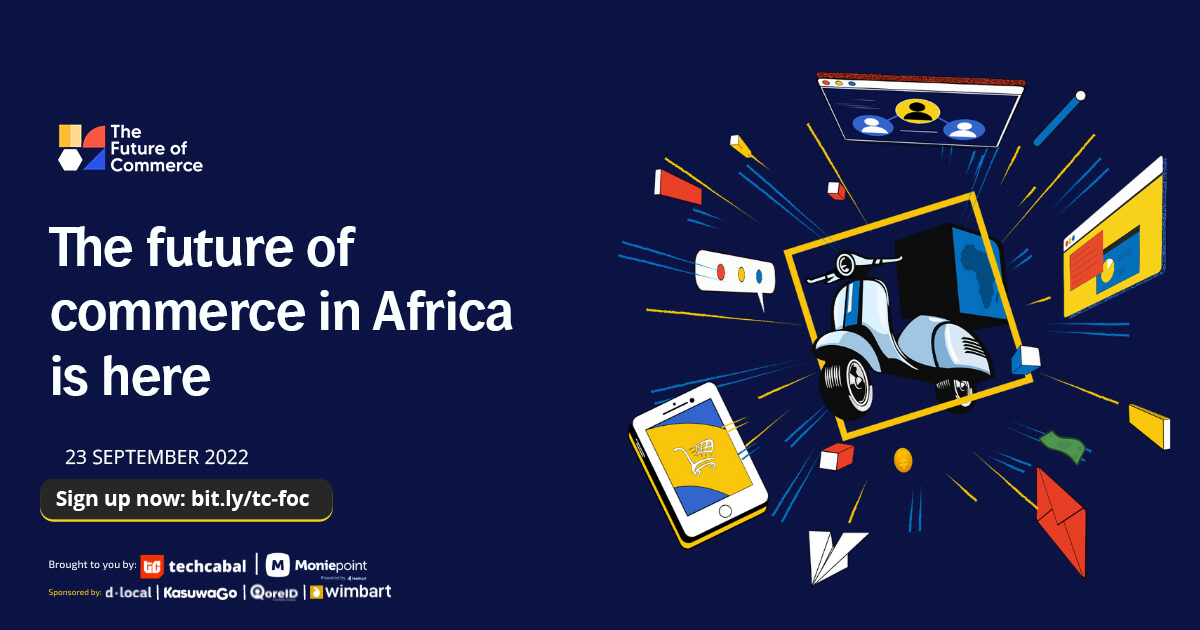 If you haven’t signed up to attend #FOC2022, what are you waiting for?

At this year’s Future of Commerce 2022, our conversations will centre around ‘money on the streets.’

More than 30 business leaders and experts will discuss how innovation in payments, social media, and logistics are powering Africa’s commerce. We will discuss the current state, challenges, and solutions, from the key players in the commerce ecosystem.

We found “ATM” because we are after the money. Stop wondering whether an ATM is a gadget or not; start wondering what the other gadgets are. Play Guess the Gadget on TechCabal.

How Nigerian neobank Kuda incurred a loss of over ₦6 billion in 2021.

Rain is planning to make a push for mobile 5G next year.

Why Adobe’s $20 billion acquisition is unsettling for African designers.