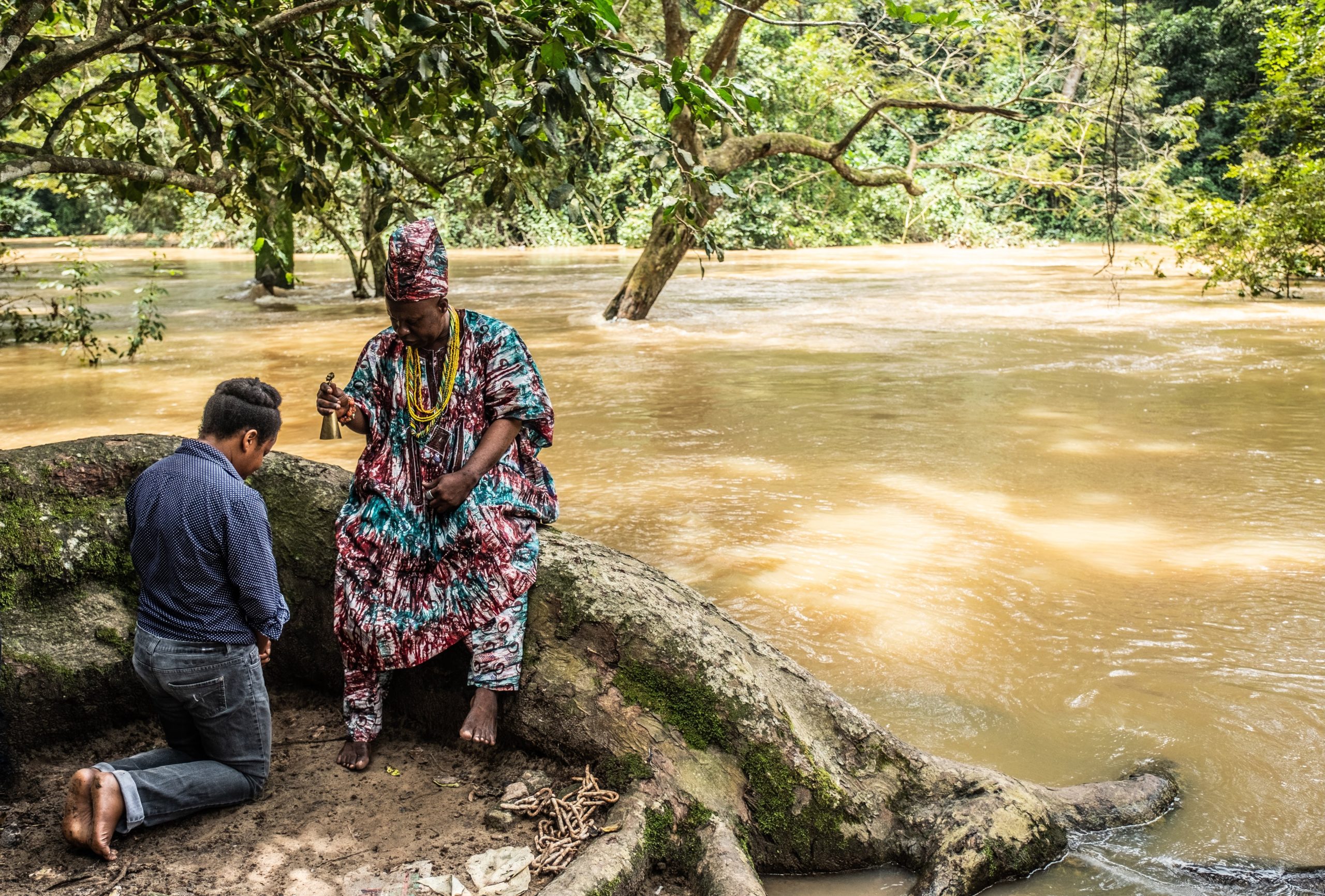 The dense forest of the Osun Sacred Grove is one of the few remaining historical sites in southern Nigeria.

Through the forest meanders the river Osun, the spiritual abode of the river goddess Osun. Within the forest, sanctuary are forty shrines, sculptures and artworks erected in honour of Osun and other Yoruba deities per UNESCO. The Grove is an active religious site where daily, weekly and monthly worship occurs.

The Grove is also a natural herbal pharmacy containing over 400 species of plants, some endemic, of which more than 200 species are known for their medicinal uses.

Over the years, the Grove has been affected by flood and climate change, threatening its existence.

Recently, Google Arts & Culture in partnership with The Adunni Olorisha Trust and CyArk announced the launch of the first and largest digital library of content showcasing the Osun Osogbo Sacred Grove.

The launch also marks the digital preservation of one of Nigeria’s last remaining sacred groves, being part of Google Arts and Culture’s wider Heritage on the Edge project. The project supports site managers in digitally documenting heritage sites at risk due to climate change, using the imagery captured to support community maintenance and conservation further.

Nigeria’s minister of information and culture, Lai Mohammed, expressed his delight and gratitude that the Grove has been brought online.

“I said during the visit to the Grove in 2019 that it was important to refocus national and global attention on this world heritage site, and I am glad we achieved our purpose, as can be attested to by this project digitising the shrine and its surroundings. I wish to most sincerely commend all the partners for this monumental work,” Lai Mohammed said.

The project also allows visitors to watch 27 video interviews and see aerial views and 3D views of the site while annotated 3D tours of the Busanyin and Iya Moopo shrines showcase the legacy of art and spirituality at the sacred grove.

“We are grateful that through partnerships we are now able to preserve one of the most recognised, culturally rich Yoruba heritage sites,  known for active traditional worship and contemporary art movements,” said Chance Coughenour, program manager and digital archaeologist, Google Arts & Culture.

“The Yoruba community is one of the largest in Nigeria and the Osun Osogbo Sacred Grove is truly a unique and special place that embodies the essence of the Yoruba culture and heritage,” said Olufemi A. Akinsanya, Chair, Save Our Art! Save Our Heritage! Campaign.

Robin Campbell, a member of the Adunni Olorisha Trust/ Adunni Osun Foundation, shared that over $300,000 has been raised and spent in restoring and preserving the site over the past 15 years. The funds have been raised for interested individuals and organisations.

The preservation of this historical site is expected to increase tourism, provide an avenue for the younger generation to learn about history, and provide jobs for artisans and tour guides.