Africa is mobile…but the continent is torn between the smartphone army and the dumbphone brigade. Both camps have compelling arguments in their arsenal.

While he’s no Dave McClure, Jason Njoku is quite prolific with the F and S words. Five minutes into our tete a tete at the Brazzerie during MWWA, I could swear the air around the lunch table where I was seated across him had turned blue.

This Is Not Rocket – Bastian And Jason Explain SPARK [Audio]
Audio, Events
Bankole Oluwafemi
11th May 2013

If I might creatively paraphrase Jason, Spark is a giant middle finger to all them risk agnostic VCs and competition-hopping angel investors that never write cheques.

Get the most comprehensive roundup of technology news on the continent, delivered to your inbox every weekday at 7am WAT
Good Cop, Bad Cop? Bastian And Jason
Audio, Events
Bankole Oluwafemi
10th May 2013

I talked to Jason and Bastian of iROKO Partners, and of course now the really noisy, sparky SPARK…what’s it with these guys and capital letters? 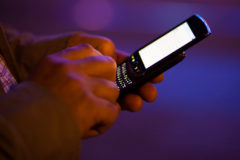 MWWA 2013 Conversations – What Is A Smartphone? [Audio]
Events
Bankole Oluwafemi
8th May 2013

It was lunch time on the first day of Mobile Web West Africa 2013, and I got into this interesting conversation about what a smartphone really is and how it’s different from a feature phone, with Robert Lamptey (CEO and co-founder, Saya Mobile) and Jeremy George (VP Africa, BiNu). Both their companies make feature-phone focused […] 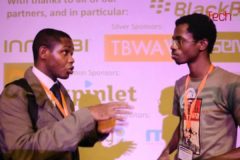 MWWA 2013 — It’s That Time Of The Year Again, And I’ve Got Loads Of Questions
Events
Bankole Oluwafemi
2nd May 2013

The last time I was at Mobile Web West Africa my the first time, in 2012. I wrote for TechLoy at the time and got to talk about all kinds of stuff. There was BlackBerry’s Nigerian love affair, and the 5G WiFi thing, which everyone pooh-poohed. Spinlet launched eventually, and I even got to do […]