Keep Calm And Make A Decision 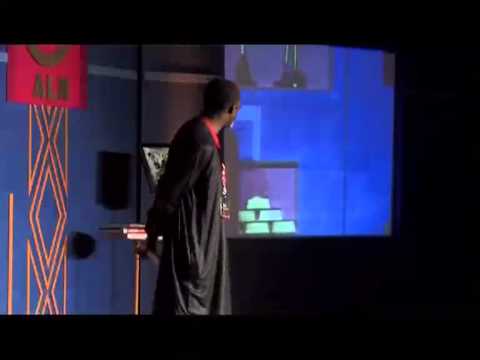 A lot of people keep asking me one question “Why did you leave Nigeria for Ghana?”, my quick answer is usually “they have light (or electricity) and fast Internet”.

The real reasons however are not that simple. My simple answer is just part of a lot of complex factors that led to my decision. Most of those reasons are not just because of the comparative advantages as Nigeria still has a lot of advantages over other places in Africa. Nigerians are admired, feared and hated all over but they still overcome all odds because “hate” is a mere inconvenience compared to what we have been made to go through back home. It is that tenacity that sets us apart and makes us most likely to succeed and thrive.

Moving had more to do with that tenacity and making pragmatic decisions about our future. I do not regret being born in Nigeria or spending my formative years there. I also do not regret starting a business there as well; it was a good learning ground. It was the Nigerian in me that also made me realize that it was time to move on when I did. It is the same reason we have many other Nigerians in the Diaspora doing very well in their chosen careers. They knew when to make the right choices.

While Nigerians are pragmatic and persevering, our kryptonite is “time”.  We believe there is an abundance of it but really there isn’t.  Time to me is the most valuable resource that an entrepreneur has and if used effectively it translates to productivity and progress. If wasted it leads to failure and regret. All the potential Nigeria has mean nothing if it takes 100 years to get things done. The culture and infrastructure constraints create a big drain in productive time and we could not afford the luxury.

Salil Narayanan and I started a business while we were both still in school at the University of Benin in the 90s. Frequent strikes and uncertainty about the academic calendar made Salil relocate to South Africa and that was probably the best decision he made for both of us.

He encouraged me to do the same after I had finished my MBA. I went to South Africa a number of times but always came back to Nigeria because I felt that there was still a lot of opportunity and potential. While we were chasing the golden fleece by bidding for Central Bank of Nigeria (CBN) projects and chasing banks around in Nigeria, Salil’s company (Sagacious) in South Africa had grown their client base to 45 sites in 17 countries around Africa and the Carribean. We were still wasting time going for site visits with CBN officials for the ACH (as they collected estacode) , wining and dining bank executives while Sagacious was “doing stuff”. They were increasing the value of their company and growing Salil’s networth to millions of multiples of mine.

In 2002 shortly after the Y2K hysteria that created most of the African “tech billionaires” (in local currency), Nigerian banks decided that Internet Banking was the next fad and we believed them.  We also realized that security was important in making transactions happen and we partnered with a small South African Information Security Company called Sensepost to deliver on consulting assignments.

Sensepost were very happy, as this was a big break for them. They had not yet done work at that time for clients as big as those we offered them. Together we quickly did work with two major clients including one of the largest banks. Our first two assignments were very successful and we looked forward to scaling the success within Nigeria but it never happened. Our existing clients now wanted us to do “inappropriate things” to get continuous business and the rest of the industry was not immune to this blackmail. While we were fighting these “demons”, Sensepost had in one year scored almost 200 other assignments all outside Nigeria and were scaling like gangbusters. It was funny that Nigeria was their biggest break but became quickly irrelevant as the business continued to drag.

We learned from both experiences above and realized that Nigeria may take time to crack but we did not have that luxury as a small company. It is important to note that almost 10 years after, there is still no significant Internet banking footprint amongst Nigerian banks.

As part of growing the Information Security consulting and professional services business, we had to attend a number of trade shows. One of those was Infosec World, which held at Orlando, Florida in spring of 2002. At this event I met a guy from RSA security and we were discussing about tokens and two factor authentication. I believed that with all the issues with scam in Africa it was something that would definitely become a necessity. He was impressed about how much I knew on the subject in the early days and asked for my business card. I gave it to him and he read the address out slowly. When he got to …”Lagos, Nigeria”, he handed the card back to me and walked away without uttering a word.

I had never realized how bad our reputation was till that very moment. I tried many times during the event to meet with him but he avoided me and seemed to have spread the word as others now also did the same in a more polite manner. For me, there was no point in hitting my head against a brick wall. I knew that this sort of discrimination was without basis and I thought that they were making a big mistake but people act based on what they know. There were not very many success stories coming out of Africa that were not tied to corruption or government patronage. 419 was and is still a big downer and it is real.

While Nigerians are very pragmatic and tenacious, our culture makes a lot of things seem as if we re still in the Stone Age. In India it is about caste but in Nigeria a lot has to do with age. I learned a bitter lesson when we tried to scale by partnering with other companies to explore opportunities in the enterprise space. I learned that people get emotional for no reason when a younger person calls out their flaws. I believed everyone was accountable irrespective of age and I did not play the game of Nigerian politics well.

I do not think older people are expected to be subject to different standards because they have been around long enough to make enough mistakes and probably are still making them. Nigerians believe in paying dues and waiting for “their time” to do the same thing to others after them and I believe that is the reason why a lot of our problems still persist.  Any progressive culture learns and adapts but we use culture as a means of promoting selfish motives. This problem is not unique to Nigeria as I see it all over Africa but you could be pardoned as a foreigner (even in Nigeria) if you do not understand the etiquette but those dinosaurs are less forgiving of locals.

Almost all the medical students I went to school with now live and practice medicine outside Nigeria. An entire generation that are probably never coming back to pass their knowledge to the next generation. You cannot blame them as they had very little reason to stay behind. I wrote in a previous post about the health problems I had in 2008 and how it was the last straw. Things have still not improved since then and sadly I lost my father because of those very problems.

The healthcare problem is not unique to Nigeria as other African countries still have their issues to varying degrees. In Ghana, the problem is with the messed up health insurance system and with emergency care. My mother in-law (a medical doctor) died in Accra late last year because an ambulance did not arrive on time. This healthcare issue is a very fundamental one for me, as it may become the reason why we relocate the business out of Africa completely. The clinic at the airport in Dubai is more equipped than any hospital I have ever been to in Africa.

Keep calm and do a SWOT analysis 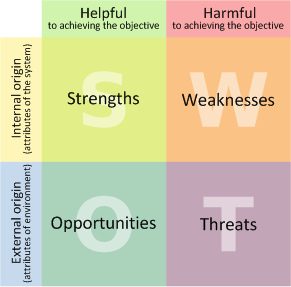 There are many more minor reasons (crime rate, corruption etc) that added up to a final decision to make the move but we had to make a scientific decision about it and developed a strategic framework to make that decision. We used a simple SWOT analysis for different locations and objectively assessed our strengths and weaknesses compared to the opportunities as well as threats. We found out from our SWOT analysis that the threats in Nigeria not only magnified our weaknesses but also made our strengths insignificant. There are also an abundance of opportunities (probably more than anywhere else) but the threats cancelled them all out.

Before I came back to Nigeria in 2006, I also did a personal SWOT landscape analysis for different locations before deciding to come back home. I think however that I was not very objective in assessing the real threats and there were some I never anticipated like the healthcare issues. I am sharing this not because I want others to do exactly what we did but for people to understand the real issues and do an objective assessment of their situation and look at alternatives.

Of all the reasons I mentioned above, the most important is “Time”. It is the most finite resource we have and it is best to make judicious use of it. Time unfortunately means nothing to a lot of people in Nigeria and that constituted the biggest threat to our existence as an entity. We were owed on invoices for years and that is still something I cannot understand. How do larger companies expect their suppliers to survive or be honest with pricing if processes are so slow and payments delayed? A lot more can be achieved if internal processes are optimized for timely payment when it comes to large companies and it will save a lot of small companies from collapsing.

Another thing I could not understand is companies that owe staff salaries for months while waiting for those who owe them to pay. Meeting payroll every month should be one of the top priorities of any business but it seems that in Nigeria uncertainty of income is accepted as the norm. It is the very reason why people seek jobs in larger companies and what kills entrepreneurship. When we found out that a client in Guinea Bissau was more efficient at making payments than the bigger ones in Nigeria, we decided to look for more clients in the smaller countries.

Keep calm and make your own choices.

A lot of people still seem to be thriving in Nigeria in spite of all these constraints. Maybe they should tell us the secrets and share their own story as my relative Hakeem Bello Osagie did here at the ALN event. He speaks about “Courage”,”Fraternity”,”State” and “The Short Sprint To Prosperity”. We had the courage to try to change things but we have realized that it takes a much longer time now to change things in Nigeria as a lot of the problems have become entrenched. Time is a valuable resource and we are arrogant and ambitious in our dreams to conquer Africa.

Leaving Nigeria was a calm and thoughtful decision and it was not a knee jerk reaction. It took courage to seek the unknown, it took determination and not wishful thinking. Keep calm and make your own choices.

Thanks to Bankole Oluwafemi aka “Lordbanks” for the “Keep Calm” Poster.