The 2014 Space Apps Challenge has come to a successful close.Team NIXIT, one of the 2 finalists from the Calabar hackathon, has emerged overall winner.

Team NIXIT is made up of Joshua Ihejiamaizu and Johnson Okorie, students of the Federal University of Technology, Owerri. Their Android app, My Earth Observer, which they entered under the “Where on Earth” category, was chosen for it’s global relevance, local execution and market potential. My Earth Observer enables users – policy makers, aerospace engineers, agriculturists etc – make better decisions by helping them observe changes in specific regions of the earth terrain over time. Team NIXIT went away with the $3000 cash prize, courtesy of PetroData Management Services Limited. They also won an incubation slot at the iDeaHub location (Lagos or Tinapa) of their choice.

Team NIXIT did not go home the only winners however. The following were winners in other categories.

Build a space-themed game for Windows Phone 8, using any NASA data, and win a Nokia Lumia 925

Alpha5 is a Rapid Application Development platform that enables developers build cross-platform apps up to10 times faster than other development platforms Developers who chose to use this platform had to learn and use it on the fly. $700 cash prize was up for grabs.

Will be submitted to, and decided by, Tom Tom SA.

Read this next
About 20 teams do battle today at the International Space Apps Challenge Finale in Lagos.
Developers
Muyiwa Matuluko
14th April 2014

The journey to the finale of the International Space Apps Challenge Nigeria began in Calabar on Thursday the 10th of April, at the iDeaHub Tinapa. Things didn’t get underway in Lagos until the press conference held at the iDeaHub Lagos, on the 11th of April. The hackathon proper didn’t kick of in either city until the following […] 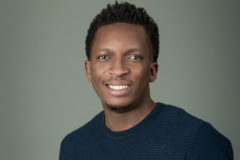 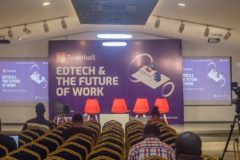 Did you miss the TC Edtech Townhall? Here’s what went down
Events
Abubakar Idris
13th December 2019

TechCabal hosted its fourth townhall for 2019. TC Townhall: EdTech and the Future of Work was a dynamic event that brought together education technology entrepreneurs and innovators preparing people for the jobs of the future.

Crop2Cash, an agritech solution provider for small farm holders has won the Lagos edition of this year’s Seedstars pitch event.  Seedstars is the world’s largest startup competition for innovators from emerging markets. The competition focuses on startups with impactful innovations. This year, Seedstars regional events will be held in over 80 cities globally. At the […]