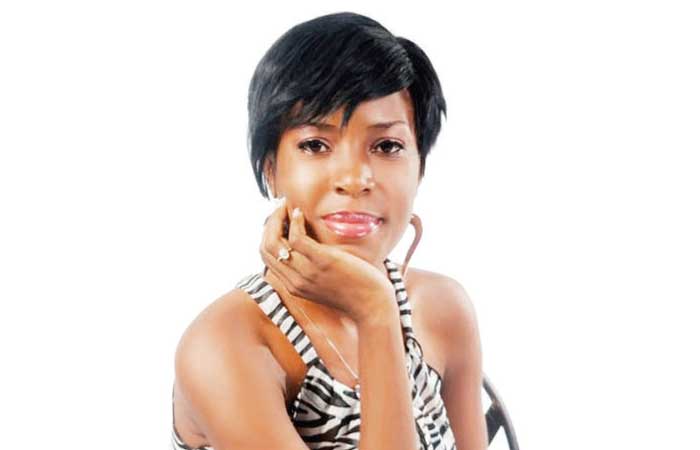 Nigeria’s most successful blogger, Linda Ikeji, is under fire.

She’s severally been accused of plagiarism which is defined as “the practice of taking someone else’s work or ideas and passing them off as one’s own“. In fact, Linda seems to be mostly guilty of taking content from another source without permission or attribution. Most recently, a certain @MrAyeDee accused her of using tweets and images he posted and using them on her blog without permission or attribution. Linda’s success is phenomenal. After 8 years of blogging, she has become a poster child for digital success – a self-made woman who rose from rags to riches with the aid of determination and the internet. She recently caused a minor uproar when she celebrated her birthday by posting pictures of her brand new Range Rover . Linda is a bit of a wunderkind in the Nigerian context – a single woman who achieved success without any obvious patronage from the establishment.

Yet, questions continue to trail her operations – one of the most critical being allegations of plagiarism from local and international sites. As we said earlier, the source in question in this case is an individual who tweets under the handle @MrAyeDee about security affairs in Nigeria, especially on the insurgency raging in the North-East of the country.

He told TechCabal that he noticed tweets and pictures being used on Linda Ikeji’s blog from around the end of September. Once he noticed this, he attempted to contact Linda through the email address on her site before using Twitter to reach out to her. He claims that the blog has used his content in between 7-8 stories, but only made DMCA Takedown requests for 3. They have since been taken down. He claims that has not been able to make any direct contact with Linda.

@lindaikeji raiding my TL 3 times in 3 days to source your stories is considered theft. If you want to use anything I post, please ask 1st.

As the controversy raged on Twitter, Uduak Oduok, a US-based lawyer who frequently comments on entertainment issues, revealed that the owner of the domain on @MrAyeDee’s Twitter profile – 15past8.com – also owns LindaIkeji.net, suggesting that the two had a history and that perhaps, Alexander was guilty of domain squatting and perhaps to trying to extort Ms Ikeji.

Our investigation revealed that indeed, the domains were owned by the same person – Emmanuel Efremov. Alexander confirmed that his company – 15 Past 8 Media – had acquired the LindaIkeji.net domain name, but he was not privy to the details of his company’s domain operations. He however insisted that they acquired the domain for Linda and have made no money from it since registration. Our search confirmed that the domain has redirected to Linda’s blog practically since registration.

We have reached out to Linda Ikeji for comment but have yet to reach her.  We will update this story as soon as we get a response.

Is Using Tweets in a Story Plagiarism?

One of the questions that has bugged me the most is whether it’s illegal to utilize another person’s tweets in a story.  I’m not sure the answer to that question is “yes”.  Here’s Forbes and Mashable using tweets and pictures from a user’s Twitter account to explain a story about the Osama Bin Laden raid.  Some have argued that the proper way to use tweets is to use the embed function (that’s what we use on TechCabal) but even Forbes sometimes uses screenshots.

What Next for Linda?

So where does that leave one of Nigeria’s biggest content businesses? Linda Ikeji has obviously been a victim of her success. She has built a remarkable audience and generated lots of value as a result, proving that digital content is a viable business. As a result, she’s got the attention of the public – scrutiny was inevitable.

Linda’s business model is predicated on ridiculously low overheads – she keeps a lean staff and ensures that her content acquisition costs are low.  It is inconceivable that these attacks will reduce – and Linda might have to invest in building her content creation team, thereby thinning her margins in the long run.  She might also have to invest in acquiring her domains – which are owned by a bunch of people from Jonathan Santos (LindaIkeji.com), Tosin Odunfa (LindaIkeji.ng), Twinpine Advertising (LindaIkeji.mobi) and 15 Past 8 Media (LindaIkeji.net).  Hosting a site that some estimate delivers 500,000 page views a day will also not be cheap.

But Linda is not a stupid person by any stretch of the imagination.  She’s navigated the digital media landscape rather astutely, and private conversations have shown that, as long as she hasn’t lost her edge, she should be able to leverage this crisis to take her business to the next level.