Google owns mobile. Of the 1.9 billion smartphones active monthly in the world, 1.4 billion run on Android (Google’s open source mobile OS). That’s a lot of phones. The remaining 500 million is shared between iOS (which holds 400 million), WindowsOS and Blackberry OS.

But a lot of these phones running Android OS don’t directly convert to revenue for Google. The search giant recently revealed that 50 percent of the monthly online searches on Google (around 100 billion in total) come from mobile.

That is not as impressive as it seems. What that means is that the 1.4 billion Android smartphones in the world only manage to generate 50 billion searches every month. If the remaining 400 million smartphones (that also have capability to make Google searches) in the world were to be added, it adds up to 1.8 billion phones generating 50 billion searches. If that figure (50 billion) were to be divided by 1.8 billion, over a period of a month i.e 50 bn / 1.8 bn * 30, it will be equal 0.925.

With this figure, an average smartphone user makes less than one Google search on mobile per day. It’s important to note that Google doesn’t serve China, (because of extreme protectionism). But if the 100 million active smartphones in China were to be removed, the results will still leave us with 0.98 searches per day. Still less than one.

It was Charles Arthur, who blogs at The Overspill, who first analysed the figures. According to Arthur, one of the reasons we search less on mobile is because there are already apps for that.

“People do not, in general, type “Facebook” or “Gmail” into their mobile browser’s search bar. They go to the relevant app – Facebook or email,” he said.

This is problematic for Google who makes money via ads on search engine results pages by prefacing the search results with ads which are mostly indistinguishable from regular hits.

Even with Google baking in Google Now into the Android experience with dedicated space on the phone, searches on mobile have not increased. PC sales is also slowing, which means the number of searches will drop even further as the years go by and as more people use only mobile for both personal and corporate needs.

Arthur says, “there is no obvious way of changing the present behaviour while users are so addicted to apps on their phones – and there’s no sign of that changing any time soon.”

The real searches are now going on on the app stores where users find relevant apps, and according to Arthur, that’s the second stage of mobile web. Perhaps Google will take its ads to play store. Shapeymix, is a 2D/3D jigsaw puzzle app which lets you match Nigerian states to their correct borders by dragging and dropping. 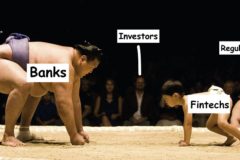 The Central Bank of Nigeria (CBN) wants banks to lend more. This time it’s not just talking. It is compelling them, somewhat. But the new policy it has issued could set the stage for the first real tussle between banks and fintechs. 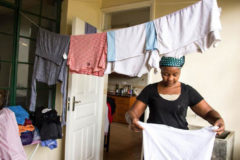 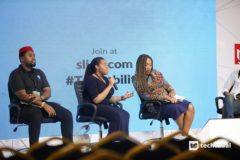