Ever Heard Of 4DSOUND? 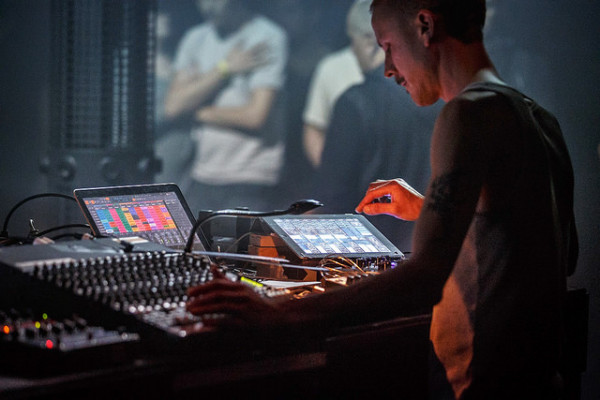 In 1931, while at a cinema with his wife, English electronics engineer, Alan Blumlein, got frustrated that the sound from a single speaker didn’t accurately convey the action on screen. An actor could be on the right hand side of the screen, and because the speaker is on the left, it made for a very disjointed experience. Alan told his wife he had a better idea and went on to file a patent containing up to 70 ideas relating to binaural or stereophonic sound. Stereo for short. Today, his conventions represent the bulk of how we consume audio material today. Monophonic sound has been relegated to broadcast radio and live concerts.

How does stereo work? Two audio channels, left and right (L & R), deliver different signals, tricking our brain into thinking that the sound is 2-dimensional. This can happen in two ways.

The first way, dubbed true stereo,  is capturing the sound with multiple microphones, and then sending those signals to multiple speakers. The second, more common one is called artificial stereo, and involves using a panoramic potentiometer (pan pot, for short) to vary the amplitude (read: loudness) of the signal between the two channels. So, if a sound is louder in the left speaker than the right, it appears to originate from the left hand side.

Walt Disney, in 1941, when working on the movie, Fantasia, wanted the musical sound of the bumblebee to seem like it was flying around the audience, rather than originating from the front alone. He contacted the engineers at Bell Labs, who were working on a promising multi-microphone recording technology, and they developed ‘Fantasound’. The experiment worked, but at $85,000 apiece, it was too expensive to adopt on a large scale. Ray Dolby, in the 1970s, began to use a 4-channel optical recording system, with noise reduction, rather than the prevalent magnetic tape at the time. This system birthed Dolby Digital Surround, which had 6 channels in a 5.1 configuration – Left, Right, Centre, Left Surround (back), Right Surround (back), and a low frequency effects channel. This system offered a more immersive experience than stereo. Nevertheless, the multiple speakers configuration, coupled with special encoding and decoding software, has hampered its market penetration.

From their website, “4DSOUND enables you to walk through space and experience sound from all directions. Sound seems to hover in space – like a phantom. Sounds move around, above, beneath and in-between the listeners. Led by your ears, you’re encouraged to explore the space. You can move between blocks of sound, touch lines of sound and walk through walls of sound.”

Our ears, in the real world, can localise the source of a sound, and guess how far it is, if it is approaching or receding, and even if there are any obstructions between us and the source. So far, the existing playback systems, except maybe Dolby Atmos, have been unable to replicate this relationship with the outside world. None of them truly offer an immersive experience, where if blindfolded, we wouldn’t be able to tell the difference between reality and fiction.

Inventor Paul Oomen, has a background in classical composition, and is fascinated with theatre. His work in these fields seeks to bridge the gap between performer and audience, as they’re designed to incorporate whatever space they are being performed in, rather than just the stage in front. He explored all kinds of surround systems, which he found impressive but not immersive or interactive enough for the kind of experience he wanted to design. The project is coded in Max For Live (a joint project between Cycling74’s Max/MSP and Ableton Live), and houses an array of 57 omni-directional speakers – 16 pillars holding 3 each, as well as 9 sub woofers beneath the floor. By carefully controlling the amount of each sound going to each speaker, we can localise it, change its size, and move it in all directions.

This invention represents the closest man has come so far, to achieving Alan Blumlein’s vision of hyper-realistic sound reproduction, and I foresee a future where, as the technology becomes cheaper, we will see the system installed in their cinemas, and maybe even homes.