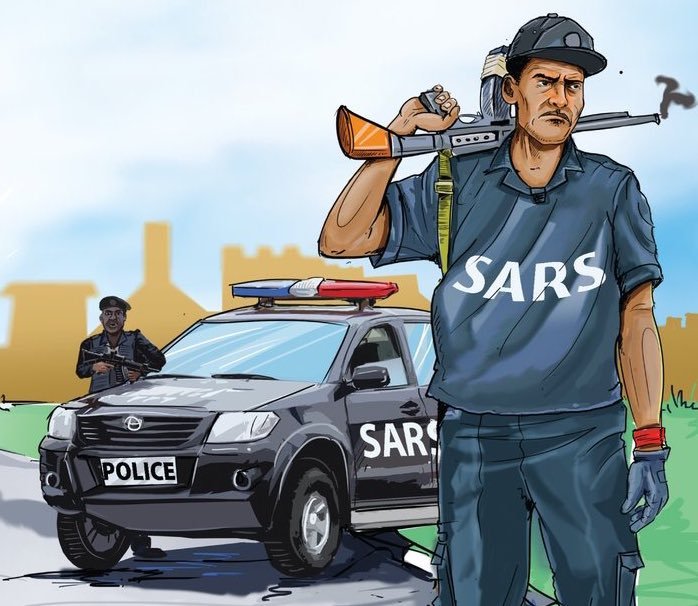 Okay, I know that doesn’t necessarily stop SARS and their police brothers from disturbing you. I also know it doesn’t address the problem of why our nation’s security officers (who are supposed to protect us) are extorting, harassing and kidnapping people.

I already wrote an article exploring the legalities of police search and possible redress scenarios. But we can’t just keep shouting and composing threads on social media. We have to do something else.

We can start with developer IDs. At some point in every traffic stop or SARS incident, there will be a request for identification and not having one puts a potential victim at a greater disadvantage than having an ID would. Simply put, you’re less likely to be a victim if you have an ID that says you belong to a larger, legally recognised entity.

It’s actually interesting that developer IDs are not a thing yet. We all know that it’s not everybody that is carrying a laptop that uses it for legal work. The proliferation of “Yahoo Yahoo” is evident for all to see. So how does the average person (let’s not even say police) differentiate a developer from a Yahoo boy? They should just take your word for it?

In Monday’s Techcabal newsletter, I wrote about how the idea of developer IDs popped up when a developer tweeted his SARS horror story. In that blurb, I also mentioned that Bankole made a great point about developer groups/communities being in the best position to make the idea happen.

It makes sense for Usable, forLoop, Devcenter and other developer collectives (Google Developer Groups etc) to come together under an umbrella body (or even by themselves, but that’d probably have less impact) registered with the government and say: “These are our people, we can vouch for them”.

It’s not the ultimate punch anyone wants but its something and that, like they say, is better than nothing. It’d also be great to hear any other ideas that can help developers in these situations (short-term, at least) and start to engage ourselves as an ecosystem to find a long-term solution.