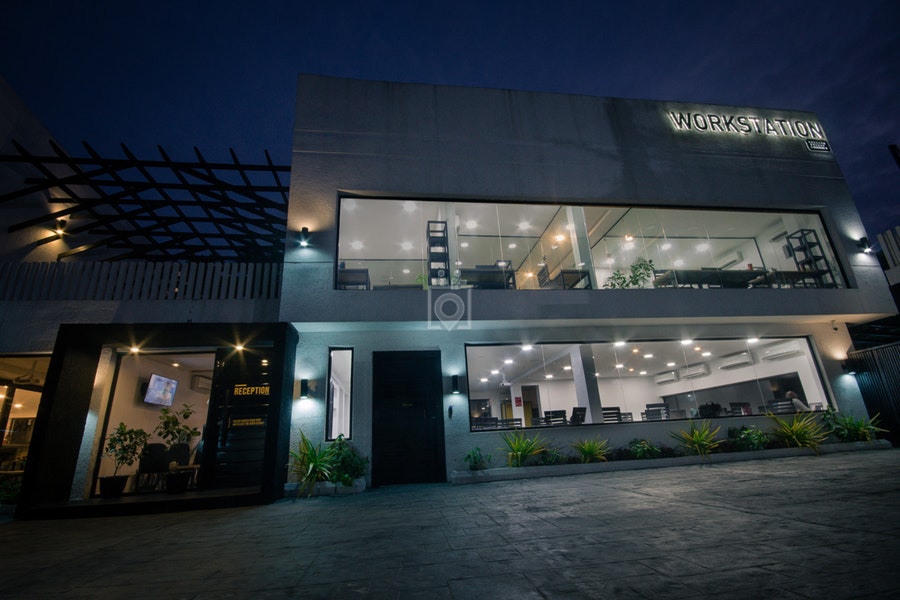 From the moment you arrive at the cul-de-sac where the white building housing co-working startup, Workstation, is located, you already know that you’re not at the “typical Nigerian co-working space” (one of their clients nicknamed it: “the co-everything space”). As I walk into the reception, I am met by Benita Bulley, Workstations’ Community Operations guru who is super pleasant and takes me on a tour of the space. But before we get into how cool the place is, how did it all start? For that, I had to speak to the man behind it all: Fareed Arogundade.

At the time Fareed graduated from Howard University with his finance degree, he was interested in media, finance, advertising and real estate. He also knew he wanted to be an entrepreneur. About two years after college, he met up with a friend, Bradley Anderson, to setup a company called Austin Capital Partners.

A few years into that venture, Fareed decided to go back to Nigeria and set up a business. He raised money from savings, family and friends and used it to launch 21 Media, an out-of-home media company that went on to do campaigns for companies like MTS Wireless and Lagos Lottery in Lagos and Port Harcourt.

Soon though, he started to yearn for something else, something more. He transitioned away from 21 Media and went into the downstream oil & gas sector in 2007. Between then and when he would step out of the oil & gas space in 2012, Fareed soon developed an interest in the upstream aspect of the oil & gas business as well.

In 2012, a childhood friend of Fareed’s suggested that he come on board as a partner in a real estate company called Midland Resources. They raised some money and went into residential real estate development in Lagos and Abuja. Soon, he was heavily involved in a lot of core real estate transactions and he began to have an understanding of how the real estate market in Nigeria worked. 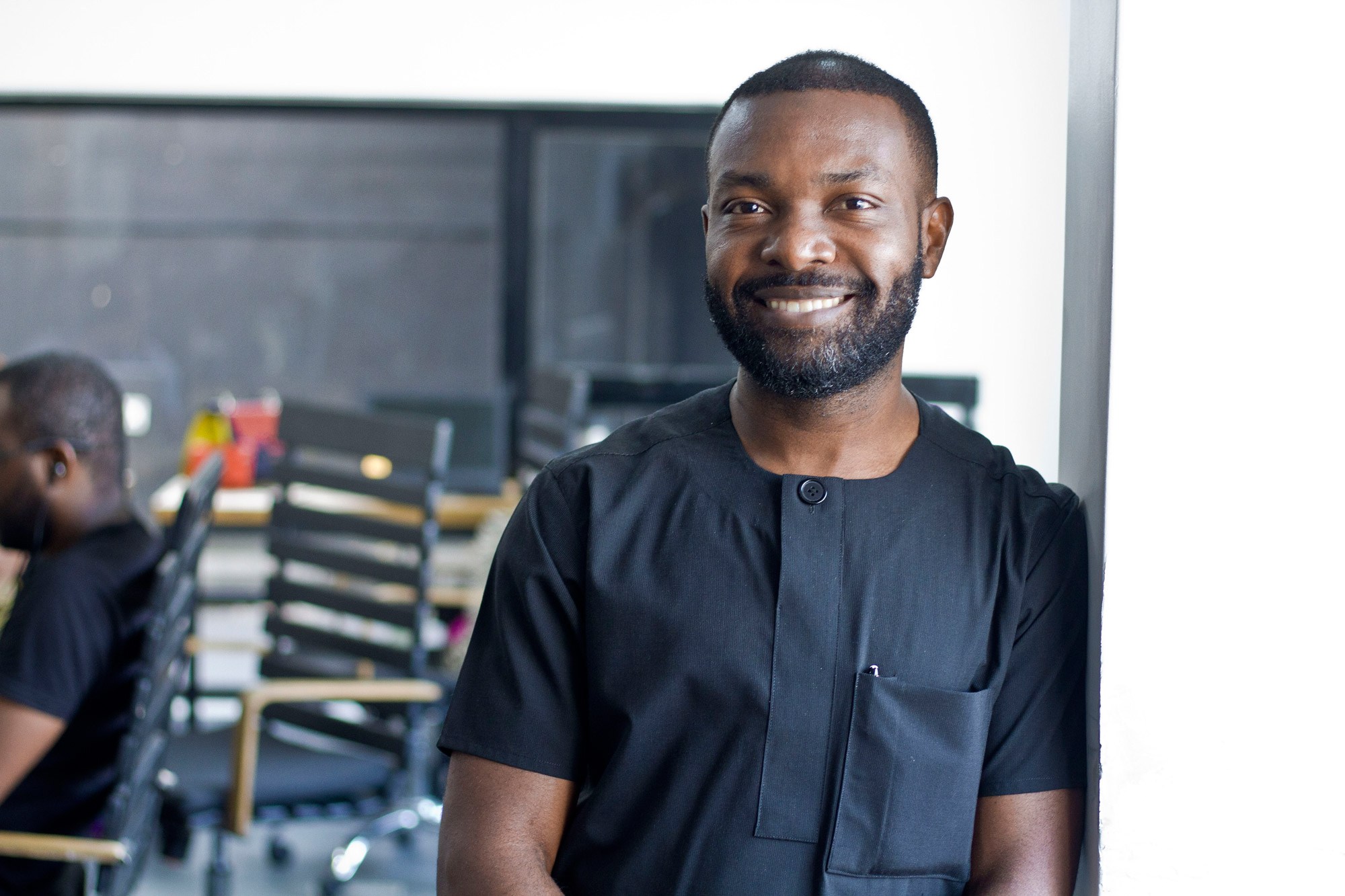 He kept exploring the upstream oil & gas market that had piqued his interest a few years earlier, travelling to various parts of Europe to meet with potential partners. After a while, he’d gotten all he needed to get this upstream services business off the ground and he needed to get an office. Given his experience in real estate, Fareed decided that his small company didn’t need the entire building he’d leased and figured he’d just convert the remaining space into serviced offices, creating a sort of real estate/oil & gas hybrid.

Then one day, he happened to be speaking to his brother who suggested that he leverage tech in making the real estate aspect of this business achieve a better kind of scale. There and then he began to sketch what would now be the Workstation logo, taking advantage of his branding background from 21 Media. Shortly after that he’d developed a business plan, raised some money to get the business off the ground and Workstation was born. Yes, Workstation was not originally meant to be a full-on co-working startup, just an experimental add-on business.

The business of Workstation

Today, the Workstation business goes beyond just co-working. The company offers a range of advisory and tech development services in addition to the Workstation API, a property management software, which is still in the works. Fareed also plans to bring in his other business interests under the workstation umbrella too.

“Essentially, we are building a physical community alongside a digital community and one of the models we really found interesting is how WeWork is building their business,” said Fareed.

“I guess, sometimes when you get a random idea, it just develops and develops,” Fareed told me, with a faint smile. “The you start to see the potential and as you learn you start to see opportunities that you can tackle and hopefully, succeed at.”

Is the place air-conditioned, provides internet, regularly shouts “community” and offers work spaces/meeting rooms? Yes. Does it offer office address and private desk/office plans?  Yes to that as well. So what makes Workstation different then? Well, everything else.

At Workstation, valet parking is the only available option to park and it costs N500 daily (you can pay a more valuable weekly fee). Inside the small but adequate reception area is where you sign up (assuming you are signing up in person, of course. There are other sign up options available). Beyond the reception is the small kitchenette and on both sides of it are the private desks (on the right) and shared spaces (on the left), separated by a small corridor lined with cushioned cubicles.

On the right of the main building you’ll find the cafe on the ground floor and a set of private offices on top of it. To the left of the main building is another set of private offices, this time on the ground floor (that space used to be Workstation’s admin center. They had to convert it because of demand). On top of that space is a gym, a lounge (under construction) that will host both Workstations’ customers and external events, a meditation/yoga room and an area (available only after 4pm on weekdays) with a foosball table, couch and other relaxation amenities. This area also houses conference/meeting rooms, configurable private office spaces, private offices for Iflix on one end and Western Union on the other.

There’s more: Workstation is open round-the clock (24/7) and it has a plan for almost any conceivable kind of worker that may need their services. In total, the startup has 8 plans you can choose from including one called “Moonlighter” which offers ‘all night’ (from 6pm) access to certain facilities for N17,500 monthly (3 days a week) or N30,000 monthly (5 days a week).

The next location on the Workstation agenda is the Maryland Mall, in Ikeja, Lagos (Fareed told me this approach ties into the multi-layered facility concept that Workstation is going for). Fareed told me that the company also has long term plans to expand to other Nigerian cities like Owerri, Port Harcourt, Kano and Abuja. Other African countries and external funding are also in the pipeline.

When I asked Fareed about the thinking behind Workstations many ancillary features, he said, “It’s cool to have a workspace where people can come and work and all that but we wanted to go beyond that. We wanted to be part of our customers’ lives. For example, someone that is claustrophobic may need to go into another space and be by themselves or something so we have a meditation room.” A pause. “It’s about creating a fluid environment not just dedicated to one thing but being different things to different people at different times.” 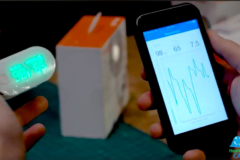 What is being done to change Egypt’s narrative of sub-par healthcare and accessibility? Well, the North African nations’ health tech startups are throwing themselves at it. 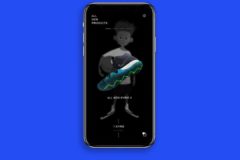 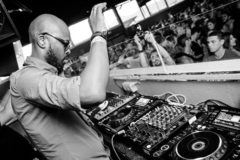