A Cursory Look At Music Tech In South Africa 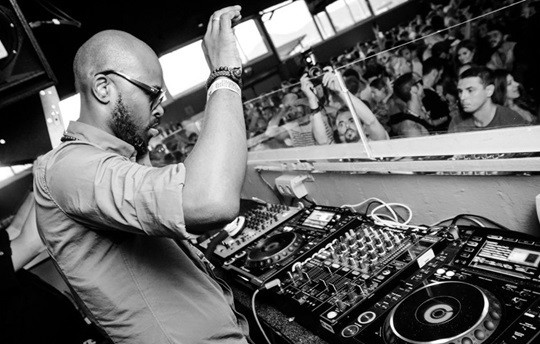 New age global stars like Black Coffee, Mafikizolo, Micasa, AKA and Cassper Nyovest highlight the long, intrinsic relationship South Africans have had with music. From the better-forgotten Apartheid days of the rainbow nations’ singing protesters to the golden age of Brenda Fassie, South African music has always been provocative, conscious and rich with melody.

As Africa’s most developed economy, South Africa is often home to the newest technologies as well as the first Africa touchpoint for large global companies. Where music and technology is concerned, all the big guns are already there: Apple Music, Google Play Music (and whatever it’ll become in the near future), Deezer and long-time hold out Spotify, which launched in SA in March, 2018.

1955 – When the first multi-track deck was created. It allowed musicians record different parts of a song at different times.

1982 – The year the Compact Disk was introduced changing music forever.

$7.55 million – Amount of revenue generated from music streaming on South Africa in 2016.

$3K – Monthly rate South African PaaS streaming startup, NicheStreem, charges to let you (or any brand/organisation/label) own your own 10,000-subscriber strong streaming service.

Almost all of South Africa’s telcos have some kind of music streaming play or the other. MTN made $70 million in revenue from music distribution in Africa in 2016, Cell C has an entertainment platform called Black, Vodacom has its own music platform as does Telkom. We couldn’t find exact subscriber numbers for South African telcos but music streaming subscribers are expected to reach 5.3 million in South Africa by 2022, a number which translates to roughly 10% of the South African population.

One interesting startup is NicheStreem, which operates a platform-as-a-service business which allows brands, organisations, labels and basically anyone launch and operate their own streaming service. South African Media group Media24 acquired a 10% stake in the startup last year. NicheStreem founder Catherine Lückhoff told VentureBurn in a 2017 interview: “Services such as Google Music, Spotify, Apple Music and Deezer, aka mass market streaming services, offer near identical catalogues with similar features at almost exactly the same price point. In other words, they compete for the same user … For NicheStreem the sweet spot lies in the space where the music and the culture are intrinsically (linked), hence we focus on culturally relevant streams for markets that are under-served by existing (all-you-can-eat) AYCE players.”

There’s also the bootstrapped Sunkambe which allows artists to crowd fund the distribution and recording of an album in return for allowing investors a share of their royalties. The startup, which makes money by charging a 15% commission on all funds raised, has been selected to pitch at Seedstars World Summit’s Startup Garden in Lausanne, Switzerland.

Another is Wavo.me, an advertising platform for the music industry offering native ad services, media buying, among other services.

South African media conglomerate, Naspers, and Tencent launched the Joox streaming app last year in South Africa, the service’s first market outside Asia. Huawei is also planning to launch a music streaming service in South Africa before the end of the year. Big Western record labels like Universal Music Group and Sony Music have also set up shop in South Africa and they’ve brought the advanced technological studio setups from their markets along.

Local innovation in music technology has so far not taken off in South Africa (from all indications) but there is proof that it is not for a lack of trying. Platforms like Breakrs (community for fans to find and “break” the best new music), Crowd.fm (online event listing for promoters and audience engagement tools) and AudioVroom (algorithm-led curated music feeds) are examples of startups that have attempted to shake the proverbial table, unfortunately without success. That said, the big takeaway here is that there is compelling activity in South Africa’s music tech scene and we will be keeping an eye on it going forward.