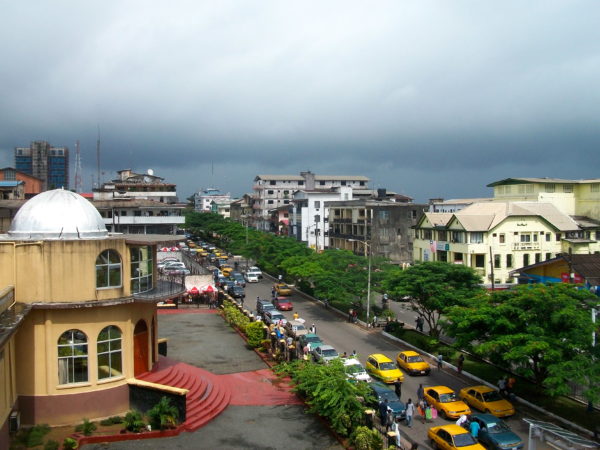 By the time the Ebola crisis was contained in 2016, about 11,000 Liberians had lost their lives including many doctors and other health workers. During the crisis, one of the major treatment centers in the country was so overwhelmed with Ebola patients that a number of them had to be turned away. The country was ill-prepared to confront the crisis; about 14 years of civil war had destroyed many of the country’s medical facilities and equipment. Although its health care system was on the path to recovery, the Ebola epidemic further devastated the sector.

Liberia is now depending on a combination of international aid and expertise and its own national budgetary allocations. The country is working with a team from Yale University to train its health workers. The project is receiving support from the World Bank, USAID and the U.S. Health Resources and Services Administration.The World Bank, WHO and UNOPs have donated equipment and funds in order to prepare Liberia’s health system to handle future pandemics. Former President Ellen Johnson Sirleaf, launched an Agenda for Transformation master plan with one of the goals being increased access to healthcare through investment in healthcare equipment & facilities. Despite these efforts and progress made so far, Liberia’s healthcare system still has a number of major hurdles to cross which makes it tough for health tech innovators to deliver complementary life-saving products.

During the Ebola crisis iLab Liberia, the country’s foremost technology hub used Kenya’s Ushahidi to crowd-source information on communities affected with the disease. This made it easier for the Ministry of Health and the Ebola response team to know where to allocate resources. UNICEF also launched a similar platform, U-Report, in Liberia. There’s also mHero a joint effort by UNICEF and IntraHealth International which connects ministries of health with health workers using mobile devices.

An online research on health tech in Liberia revealed that there was not much innovation in the space for obvious reasons. Asides the effect of the war and the Ebola crisis which crippled economic activities, Liberia is a country of 5 million people with internet penetration of 8.6% (2016). There appears to be no prominent health tech startups although there’s Dr. Dougbeh-Chris Nyan who developed a prototype diagnostic tool that can detect and differentiate 3 – 7 infections within 10 – 40 minutes. He was the 2017 Social Impact Award Winner for the Innovation Prize for Africa. With mobile phone subscription reaching more than 3 million Liberians, there’s a huge opportunity for mobile health startups to emerge, there are challenges, we take a look at some of them.

There are just not enough doctors in Liberia to cater to the population. As at early 2017, there were only about 298 doctors to cater to the country’s 5 million people, that’s a ratio of 1:15,000 compared to the WHO standard of 1:5,000. Low funding to the health sector means that the country cannot afford to pay its doctors. In its 2016/2017 budget, the country allocated between 10-12% ($77 million) to its health sector short of the ECOWAS target of 15%. The civil war and Ebola pandemic also saw an exodus of doctors. With a limited number of doctors, Liberian health care innovators would find it difficult to increase access to health through medical advice apps like Kangpe (Nigeria) and Hello Doctor (South Africa). The problem however presents an opportunity for digital training platforms focused on medical personnel to emerge. Since it’s still (largely) uncharted territory, it’s a good time to launch such products especially on mobile devices.

Although there has been an increase in the number of health facilities since the war, many Liberians (about 40%) have to travel more than one hour before they can access health care. As in many other developing countries, these health facilities lack electricity, medical equipment and water. This means that women are unable to access prenatal and postnatal care, only about 42% and 37% of pregnant women were able to access prenatal and postnatal care by skilled health workers. Without enough health care facilities and skilled maternal health workers, solutions like medical emergency startup, Cenhealth (South Africa) and AI based infant product Ubenwa (Nigeria/Canada) would be unable to see the light of day in Liberia. This challenge presents a good chance for maternal care focused solutions like Mamalette’s cell groups in Nigeria) to be birthed. Volunteers can be deployed to different communities to provide critical maternal and infant health information to women.

Not only are health workers unpaid in Liberia, they are also under-trained. A national census in 2009 showed that only 48% of medical workers were skilled while others were unskilled or non-medical workers. There’s only one major medical school in Liberia; the A.M. Dogliotti College of Medicine (AMD). AMD is dealing with a shortage of teachers and buildings are in a poor state. This is causing about 50% of students to dropout within two years of enrolling. The school graduates only about 40 students every year.

Programs like the Yale initiative is important and impactful, however, it certainly wouldn’t produce significant results if the necessary infrastructure isn’t in place. Other WHO sponsored programs that exist were able to train only about 64 health workers as at July 2017.

With the exception of iLab Liberia which launched an IT revolution project and very few other startups, a thriving technology ecosystem barely exists in Liberia. iLab’s IT revolution project was launched in partnership with Business Start-up Center (BSC) Monrovia, SPARK, Swedish International Development Aid (SIDA) and Mercy Corps. A Google Internet Ecosystem report in 2011, advocated connecting Liberian universities to the internet and appointing Chief Information Officers to drive the ICT vision for them.

Liberia has one of the worst health care systems in the world with a score of of 0.200 on the WHO health system index. Without the necessary health infrastructure, health tech innovation will be very limited and non-existent. Having said that, the challenges also present a good opportunity to spur innovation since great ideas always start with tough problems. The country needs all the support it can get; technology hubs, startup funding, increased access to internet for health tech innovation to begin to spring forth to tackle the country’s health care crisis. 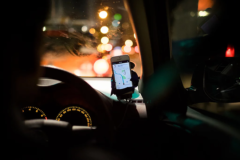 In Lagos, many Ubers routinely put in sixteen-hour days and I’ve had a few drivers who had been so tired, they’d begun to nod off while driving.