The Challenges Nigerian Fintech Startups Want Out Of Their Way 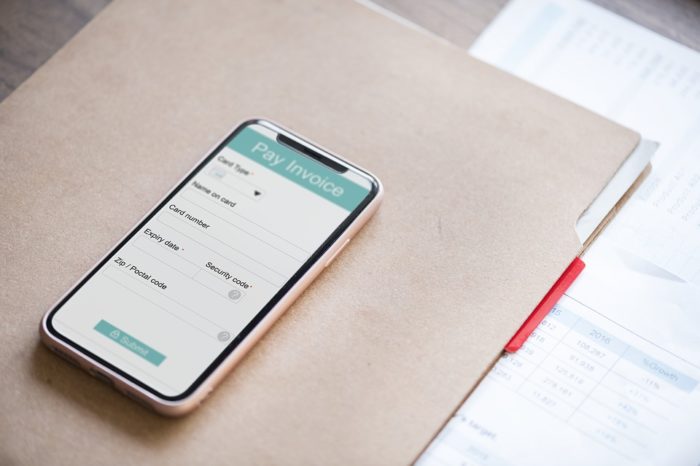 In 2017, startups focused on financial inclusion in Africa raised 45% of the total startup funding for the year. Fintech startups are increasingly becoming attractive with Nigeria’s Flutterwave alone raising $10 million Series A funding, the largest in the sector for last year. Between 2015 and mid 2017, fintech startups had raised $93 million in investment and in 2016 alone there was an 84% increase in the number of fintech companies that had raised investment compared to the previous year. Despite these, fintech startups still face a significant number of challenges that are limiting their potential. We take a look at an example of what these challenges are by using Nigeria, one of the top three startup investment destinations in Africa, as a case-study.

During a recent Omidyar Event for fintech players, Iyin Aboyeji (CEO, Flutterwave) pointed out that there were too many licenses required for entrepreneurs to participate in the payments space. He said he hoped for the day when there will be very few licenses needed. In a similar vein, Tayo Oviosu (CEO, Paga) said it took them about two years to get approval for a USSD code, this slowed them down in delivering the service to their users.

One founder, Rahmon Ojukotola (Founder, StartCredits) described the regulatory framework as antiquated describing it as an obstacle to growth and investment in the sector. In his words, “It creates supply side barriers to credit as willing lenders are unable to meet the credit demand of qualified borrowers due to legal issues rather than technological ones. The same applies to payment platforms as well”. There is still a lack of clarity in the regulatory environment and regulators are not as proactive in catering to the fast paced nature of the industry.

At the Omidyar event for fintech players in July, Tunde Kehinde (Co-founder, Lidya) mentioned that fintech startups and traditional microlenders need to collaborate more in order to deliver superior service to consumers. One of the things that fintech startups require for customer acquisition and distribution is strategic partnerships and it can sometimes be an uphill task to achieve this. According to Segun Adeyemi (CEO, Amplify), “getting key partners (like banks) on board when you’re basically an unknown company/entrepreneur can be very challenging”.

Despite the increase in the number of fintech startups accessing funding, founders still identified funding as a major challenge. “Most fintech verticals require some significant startup cost which remains quite difficult to come by,” says Segun Adeyemi. “Nowadays, it is relatively easier to get initial seed funding than getting scale funding,” Segun Adeyemi added. On the other hand, Tayo Oviosu highlighted during the July Omidyar fintech event  that there was a need for early stage financing that is naira-based.

Infrastructure remains a challenge and where it exists startups can sometimes find it difficult to access it. For example, the National Collateral Registry was launched in 2016 and it has been successful with over 16,236 financing statements for 20,684 movable assets, valued at N392 billion recorded on the registry. However startups have not really benefited from it as they should. As Rahmon Ojukotola pointed out, “A closer look at the data shows the National Collateral Registry has not been as beneficial to fintech start-ups, with only one non-bank lender using the platform as at August 2017”. Perhaps founders don’t really understand how it works or even know about its existence, another reason could be a distrust for the system. Another issue might be the fact that only registered users are able to enter and save data to the database although public users can perform searches on the system. A registered client is a legal financial institution regulated by the CBN .

In his own view, Timilehin Ajiboye (CEO, Bitkoin Africa), identified access to infrastructure in general (and not just financial infrastructure) as a challenge. He said, “Nigeria just does as Nigeria does. It’s always harder due to a lack of infrastructure; even lack of constant power is a challenge”.

One of the recurring themes in the responses of the fintech founders we spoke with was the issue of trust. “Nigerians are sceptical when it comes to their money which explains why the banks are and will continue to rule for a while. Building consumer trust, therefore, is a major obstacle to scale,” Segun Adeyemi said. Further highlighting this problem, Timilehin Ajiboye mentioned that in his experience, “users are untrusting and always use products in different ways than one previously imagined”.

Another challenge founders identified is inadequate talent with the right domain experience. In his view, Tayo Oviosu believes the sector needs more experienced people, specifically middle managers from financial institutions to build fintech startups.This will increase the chances of success given their experience and their knowledge will also be useful for the sector.

The fintech entrepreneurs we contacted highlighted strategic partnerships with established players or aggregators as an important element to overcoming the challenges. This will help startups get access to a large pool of customers and in turn reduce spend on customer acquisition. It will also remove the issue of trust as startups can leverage the reputation of the established players. As an example, “partnering with a bank and the bank makes their customer base accessible to your product/company can reduce the time to profitability (TTP),” said Mayowa Owolabi (CEO, Afara Partners & Co-founder Mobile Monday Nigeria). Speaking about how they are currently navigating the issues, Segun Adeyemi said “we play more of a partner/enabler role to the financial institutions than disruptors. This helps us leverage key infrastructure and the trust that has been built over decades by the banks”.

On the other hand, Rahmon Ojukotola suggested that “fintech start-ups need to stay updated with the latest changes in policy by the CBN, NDIC and other relevant authorities”. This is very important to those already and those looking to launch fintech startups to avoid being caught unawares by a change in policy. Stressing the importance of collaboration and knowledge sharing, Timilehin Ajiboye said “it’s always helpful to talk to those who came before you, they always have insight regarding easy things you can avoid (that aren’t always obvious at first)”.

While there has been an uptick in the number of fintech startups accessing funding and tackling the issue of payments in Nigeria & beyond, they still continue to face challenges that affect their growth and survival. There is need for the government, regulators and other fintech players (including startups) to work together to tackle these challenges which will help fintech startups achieve their full potential and make it easier for Nigerians to access financial services. To make this happen will require continued dialogue, collaboration and specific policies that address these challenges.