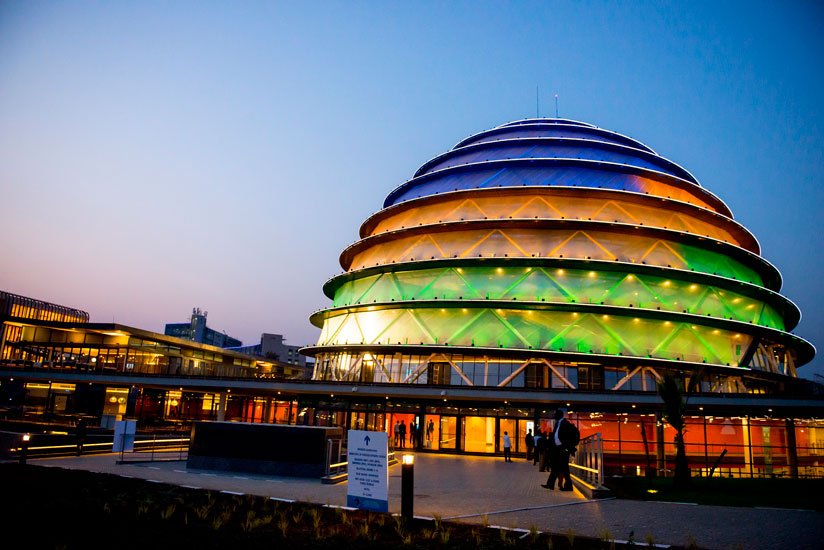 Rwanda is quickly becoming an innovator’s paradise. Technology companies and manufacturers from within and outside the continent are moving to the country to either set-up innovation hubs or manufacturing plants.

Last year Andela, which originally launched in Nigeria, announced it was launching a pan-African tech hub in Kigali. The hub will recruit and train software developers from anywhere in Africa. This year, CcHub, a Nigerian innovation lab, also launched its new design lab in Rwanda. The design lab fosters collaboration among researchers, designers, product engineers and global stakeholders to solve Africa’s systemic problems in public health, education, governance and the private sector.

Not only Africa-focused companies are setting up shop in Rwanda, multinational businesses are also doing the same. South American laptop maker, Positivo BGH, started manufacturing laptops in Rwanda in 2018. Speaking on the expansion, Juan Ignacio Ponelli, President of Africa at Positivo BGH said, “We are a top company in technology but we are known really just in South America. So right now we decided to go global and chose [Rwanda] to start the international arm for this group.”

Positivo BGH is not alone, car maker Volkswagen launched a manufacturing plant in Kigali, the first in the country. The carmaker will also use Rwanda to test its ride-hailing service, Move. The service has garnered 14,000 downloads since it launched in October 2018. Move currently has 30 cars driven in two shifts by 70 drivers.

Rwanda is fast turning into a preferred location for technology and innovation through a combination of visionary leadership and investment in infrastructure showing an example to other African nations.

When people look at Rwanda’s gradual rise to becoming a leading technology hub, it’s difficult not to attribute it to President Kagame’s Vision 2020. Launched in 2000 by Kagame, the main objective of the program was to transform the country from a subsistence agriculture economy to a knowledge-based, middle-income economy. While some may argue about Kagame’s methods, his government has succeeded in getting Rwanda far along on that journey, according to researchers.

On examination, it’s easy to discover why the country is attractive to technology companies and innovators. The program highlights six pillars and three cross-cutting areas. Two of the pillars focus on building skilled human capital and a vibrant private economy, while two of the cross-cutting areas are gender equality and technology. In summary, it highlights the government’s commitment to building an inclusive and skilled talent pool and encouraging entrepreneurship.

The program document specifically states that “in the long run an entrepreneurial middle class will take over the main thrust of Rwanda’s development effort from the State and foreign donors.”

In 2015, Rwanda’s cabinet also approved the Smart Rwanda 2020 Master Plan, its National ICT strategy roadmap. The objectives of the plan, which complements its Vision 2020, is to develop a vibrant information and communications technology industry and position Rwanda as a regional hub.

The Rwandan government has shown a certain level of commitment to its development program unlike many African nations lacking visionary and willing leaders. It demonstrates this in the way it supports technology entrepreneurs and innovators. “I get to live here on an ICT residency, was able to incorporate my company within 24 hours, and had my first office space in a government-sponsored tech lab,” Barrett Nash, co-founder of ride-hailing startup SafeMotos, explained in an interview highlighting Rwanda’s commitment to helping technology entrepreneurs thrive. “For me, Rwanda is the test kitchen of Africa; it’s a laboratory-like environment that reduces friction points so that startups can learn faster,” Nash further stated.

One thing innovators and technology entrepreneurs find as they build out their companies and solutions is the lack of necessary infrastructure across many African countries. The Rwandan government has made a commitment to investing in digital infrastructure which is a major incentive for anyone in the business of innovation.

“The Rwanda Utilities Regulatory Authority (RURA), which is overlooking many disrupting technologies such as payment gateways and transport initiatives, has developed a sandbox in which startups can launch their initiatives and get regulated later, up to a year after launching in public,” Louis-Antoine Muhire, CEO of fintech startup Mergims, told Disrupt Africa. In 2011, the government completed a nationwide 2,300-kilometre fibre-optic cable connecting Rwanda to the outside world and providing fast internet access to a wider range of broadband services. Sandboxes and reliable internet access are crucial elements of any innovation ecosystem.

As part of its commitment to digital infrastructure investment, Rwanda signed a deal with Africa50 late in 2018 to co-build the $2 billion Kigali Innovation City. Rwanda’s Prime Minister, Edouard Ngirente describes it as “an Africa-focused innovation hub and a holistic ecosystem of technology clusters.” The city is expected to attract technology companies from all over the world to create an innovation ecosystem and further a knowledge-based economy. It is forecasted to generate $150 million in ICT exports annually and over 2,600 students are expected to graduate every year from its universities, increasing the technology talent pool.

Speaking about the launch of its pan-African hub in Kigali, Jeremy Johnson, Andela’s CEO said, “Our partnership with the Government of Rwanda is a new model for Andela, and we are thrilled to have found a partner whose mission is so closely aligned with our own; to grow and sustain a pan-African elite tech workforce. In Kigali, we have found a location that makes travel to-and-from other African countries seamless and also has the modern and connected infrastructure we require to collaborate with a global workforce.” Johnson, like other technology entrepreneurs, cares about having a modern and connected infrastructure with which Andela can build their organizations.

Entrepreneurs setting up in Rwanda often hail how easy it is to get a business off the ground. This element is perhaps the most important in Rwanda’s rise as a preferred innovation destination. “To open a company in Rwanda takes little time, is free of charge, and you do it online. We are a very secure country, and one that doesn’t tolerate corruption,” Aphrodice Mutangana, Manager at innovation space kLab said in an article lauding the government’s effort to create an attractive innovation destination. Rwanda ranks 29 out of 190 economies in the 2019 ease of doing business index.

Besides registering a business, there are several other factors that make it easy to do business in the country. Having access to a diverse and global talent pool is another important factor. “Over the past four years, we’ve gotten thousands of applications from individuals based in countries where Andela is not yet operating, and they’ve been unable to relocate given visa restrictions. Now, with the launch of a pan-African hub and the support from the Rwandan government on obtaining flexible work permits for all African citizens, anyone is able to participate in Andela,” Seni Sulyman, Vice-President for Global Operations, said about its decision to launch in Rwanda. 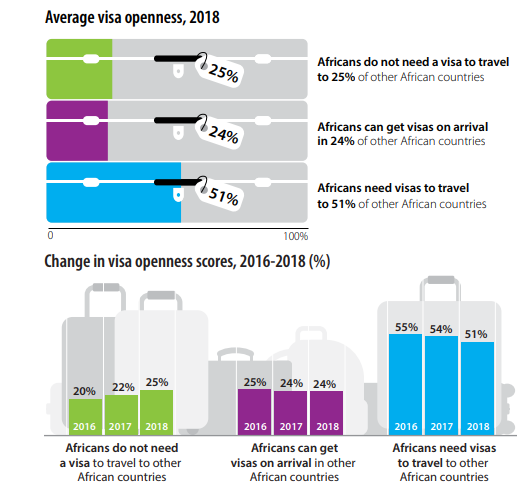 Building a nation that makes it easy to build businesses and fosters innovation and entrepreneurship can be a very daunting task but it’s not without great benefits. As Rwanda continues to show, having a bold vision for national digitalization, investing in infrastructure and improving the ease of business will transform any nation to an innovator’s delight.