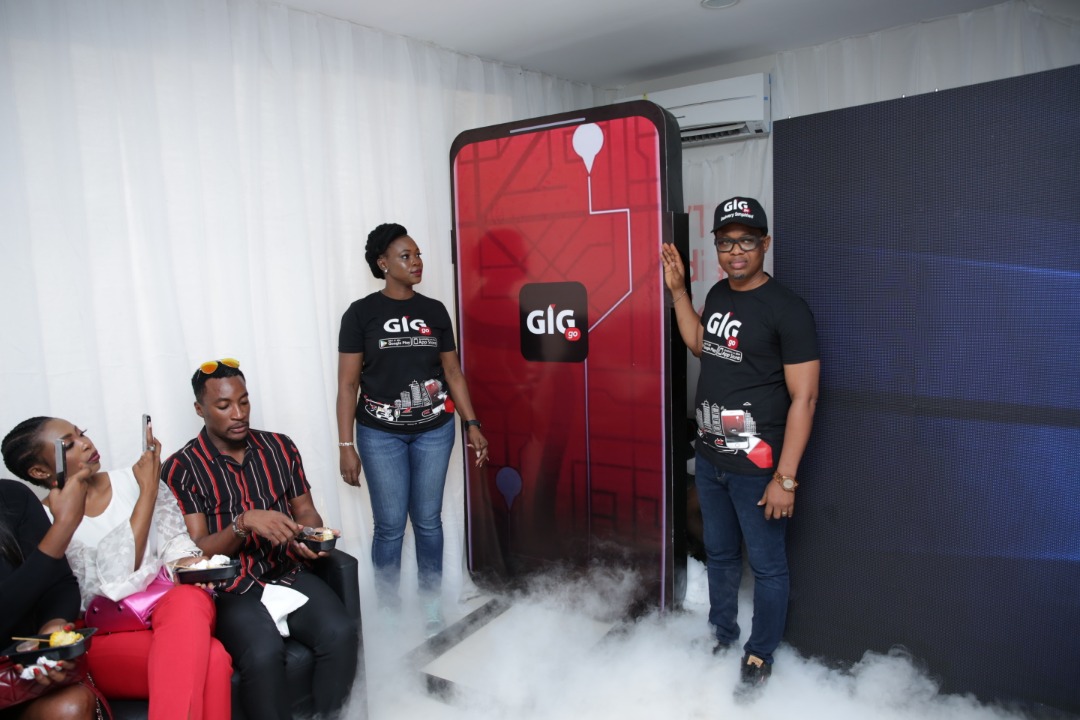 Afrobeats blared from speakers and candles flickered around artificial flowers on standing tables as part of a posh event decor at GIG Logistics Digital Hub in Gbagada, Lagos. This event could have been mistaken for an exclusive party with the lineup of celebrities in attendance, including actors like Kate Henshaw and Akah Nnani, as well as Buchi Ojieh the comedian. The company, GIG Logistics, was launching an app called GIGGO.

The company’s strategy to chase scale and remain relevant in the logistics space is this new platform. The app helps them adopt the partner model made popular by ride-hailing companies like Uber; allowing vehicle owners to sign up as partners who deliver items upon requests from the end-users via the app. Partners get to keep 80% of the delivery charge, while 20% goes to GIG Logistics.

Thus, the company wants to serve a larger market without the corresponding investment of directly owning vehicles and hiring personnel.

Also, end-users get to request pickups from their location and no longer have to visit GIG Logistics centres to post items, as the company mostly operated before the app, reducing dependence on these drop-off centres.

Henshaw thinks it is “quite timely” and I concur, especially at a time when e-commerce businesses struggle to get the last-mile delivery right.

Kofo Toriola, who owns an online store, says her major challenge with her delivery partners has been mostly tracking. “You have to keep following-up. They keep you in the dark.” And having used GIG Logistics which allowed her track when she sent items inter-city, she is excited at the prospects of this new platform.

However, she mentions high costs as a likely problem, which is a very important factor with online retailers who have to deal with price-sensitive customers.

It appears that after the challenge of payments has been addressed with fintech solutions like Paystack and Flutterwave, last-mile logistics is the next battle in the war to provide seamless e-commerce.

Ayodele Adenaike, the chief operations officer of GIG Logistics says all items sent via the platform will be fully insured and that the system is configured so that the most sensitive items are couriered by GIG Logistics owned vehicles, not by partners.

Adenaike also informed that although the app is available for download everywhere, the pilot phase of the services offered through the app only covers Lagos. Expansion to other cities will happen in the first quarter of 2020.

The app itself features a simple interface that allows users to sign up either as individuals or e-commerce companies although both options have the same basic offerings: ‘ship now’, ‘quick quotes’, ‘tracking’, and ‘transactions’ which incorporates a digital wallet.

Perhaps the chief concern regarding this new model will be the independence of the partners who would be operating their own businesses with goals and practices that may not align with that of GIG Logistics. Adenaike says there will be an onboarding process for partners and assures of a robust customer support system.

Chidi Ajaere, the chairman of GIG Group, the mother company of GIG Logistics, while highlighting the ‘full Nigerian-ness’ of the platform built completely in-house by their Nigerian team, also pointed out the investment opportunity this model represents for people who own or can buy vehicles they can dedicate to a partnership with the company.

Is this the ultimate solution to last-mile logistics services in Nigeria? Probably not, but the company seems headed in the right direction by leveraging its experience in the sector to launch a technology platform that has the potential to offer delivery services at scale. Fingers crossed.