How much do you know about the technology ecosystem in southeast & south-south Nigeria? 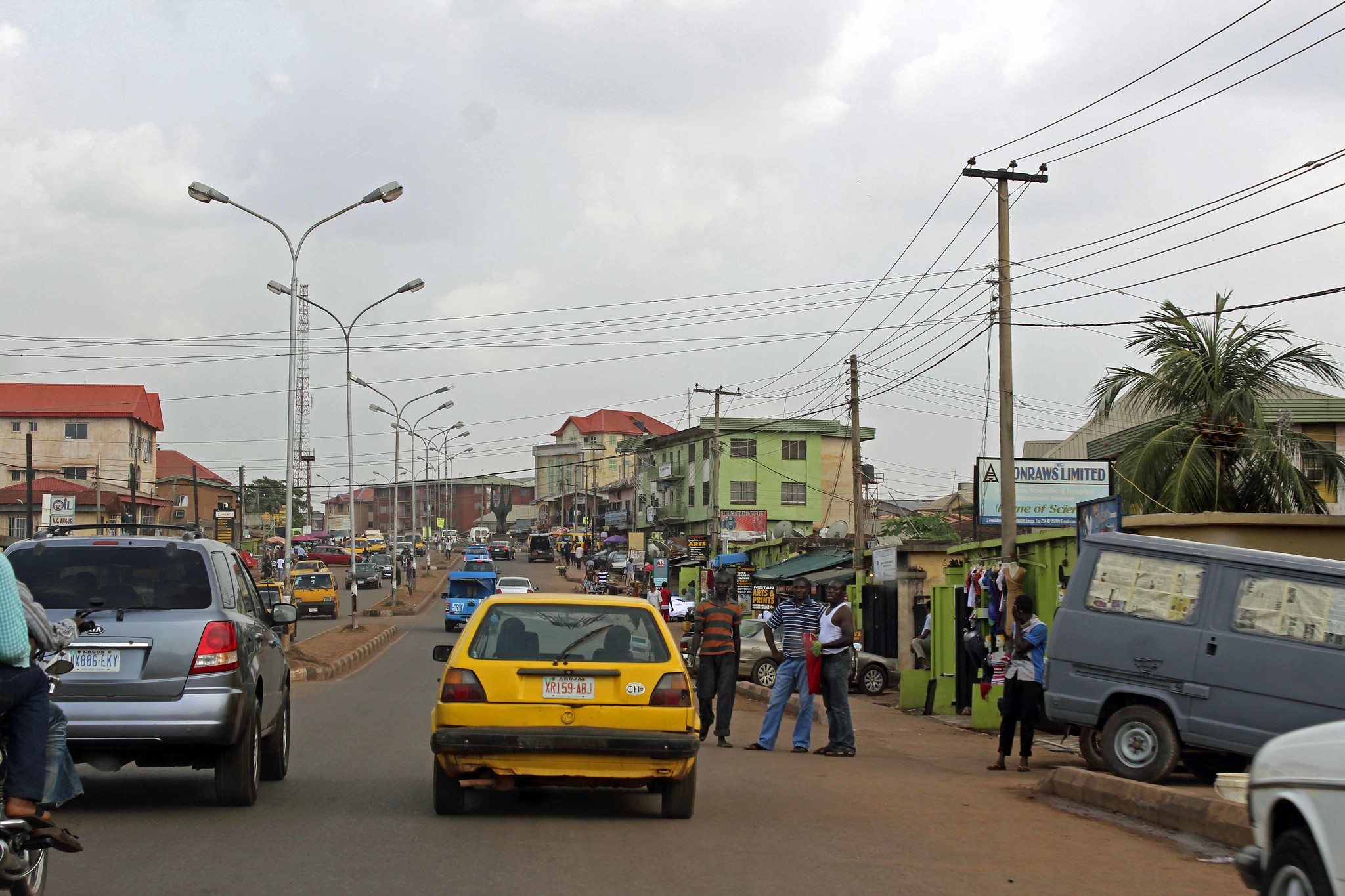 Many say Nigeria needs at least five more cities with the same commercial capacity and energy of Lagos to begin to reap the kind of economic benefits she is capable of, especially with her immense availability of youthful human resource.

Since it was stripped of capital status in 1991, Lagos has grown immensely through a combination of taxes and enabling the explosion of the private sector, to become Africa’s 7th largest economy.

In 2017, Lagos was said to have generated  $136 billion, more than a third of the country’s GDP. Come 2020, if and when projects like Dangote’s oil refinery is completed and functioning at full capacity, Lagos could rise even higher to become an economic powerhouse on the continent.

Akwa Ibom, a state in south south Nigeria and the converging center for the 5th edition of the Startup South conference, has always relied on oil money. From 1999 to 2014, states in the south south region, from where most of Nigeria’s crude oil comes, received millions of dollars from oil derivative funds. Akwa Ibom was second to Rivers for the highest grossing states. The southeast region, comprising Abia, Anambra, Enugu, Ebonyi, Imo, have always been known for business and industry, especially its migrant nature. Still, its contribution to the Nigerian economy is still negligible. In 2018, the National Bureau of Statistics puts it at 7%. The south south region, reliant on its oil and the fact that Nigeria is still heavily dependent on oil revenues, stood at 22%.

To make a Lagos out of states in these two regions, therefore, will be an uphill task, one that a handful of people are already undertaking albeit charitably in the region.

Startup South, which began in 2015, was born out of this core belief. Convener and founder, Uche Aniche, strongly believes that making a Lagos out of more states in the country, particularly in the southeast region already known for industry is one sure way to create a more sustainable economy nationwide. Aniche, through Startup South is building a community of startups and businesses including technology-enabled ones and through conferences, hackathons, and other such events, are providing them with mentorships, funding and business support they need to thrive, stay within and grow the region.

We were at the 5th edition of the conference this past week and took some time to understand how this was coming along, who the other major players like Aniche were, how the government is supporting (or not supporting) these initiatives and how receptive the people have been to them especially the younger startup generation.

The hub models in Uyo and possibly the region is an interesting one. Hubs house a broad field of business ideas and interests in the same space, allowing them to feed off each other’s creativity, innovation and collaboration. One of the foremost hubs in Uyo is The Root Hub founded by twin brothers Tony and Francis Onuk. Startups incubated at The Root Hub span a number of sectors: agriculture, ride hailing, event support, fashion and design, jewelry, and other tech focused businesses.  The hub occupies a three-story building fully equipped with hardware labs and internet-enabled spaces for startups to work from. When we visit the night before we leave, in spite of a heavy downpour and a flooded town, the hub is filled with young men and women working in an enlivened mood. Tony Onuk says they stay put till the lights go out on most nights. Through a series of trainings and events, the hub is constantly growing and supporting the ideas of startups in Uyo, Calabar, where it has also launched and across the region. Its Tech101 initiative which is spreading basic digital skills using mobile phones in the region has reached over 10,000 individuals and it has recently also launched in Port Harcourt. Last year, the initiative won the Google Impact Challenge Award and is geared to do even more with the grant it received.

Tony also tells us that the hub occasionally partners with another major hub in the state, Start Innovation Hub, to provide interns with practical skills necessary for the future of work. These two are also in close proximity and you get the feeling that there is a desire to replicate Yaba’s beginning hub cluster in the state.

LearnFactory, another recipient of the 2018 Google Impact Challenge Award, is focused on software development trainings right from childhood and through various skill levels. Based in Aba, Abia state, the organisation has a number of initiatives working towards this goal including the EmBED (Education made Beautiful, Engaging & Delightful) program for kids which won the organisation the Impact Challenge Award.

Also in Aba is Aspire Lab focused on digital skill acquisition especially for kids and teenagers. Another Aba-based company called Clintonel Innovation Center (CIC) is also launching a computer-controlled machines to encourage local design and prototyping for hardware manufacturers to reduce manufacturing costs of having prototypes made abroad and manufactured there as well. Part of the funds to build the center was a prize from one of the Startup South’s hackathon events sponsored by the Ford Foundation.

Last year, to further encourage the growing sector, Aniche led a number of others to found the South/Southeast Angel Network with 20 founding investors. In April this year, the group made a USD$25,000 investment in their first two startups; agritech company Alphotazi Farms and solar power startup, Greenage. The network is now looking at the possibility of investing in another agribusiness, KR Foods, which won the pitching competition at the conference this year.

Government help. Or lack of it.

One thing was clear at the end of the conference; many of the stakeholders in the region believe the governments only need provide enabling environments and capital intensive infrastructure to help the private sector thrive and nothing more.

The sole government official that stood out to us during the week-long conference was the Imo state  Commissioner for Technology Development, Nze Meekam Mgbenwelu. Possibly because of his work at Microsoft and with governments across the continent under the European Union, it is very easy to see that this commissioner not only has a blueprint for how the state and region can and should grow technology-wise, he is hungry for and actively pursuing a number of initiatives to make this happen: free coding classes for women, provisions to allow 800+ Imolites participate in the Hotels NG internship programme, a digital training programme for 110 teachers with an extra 100 slated to train this month and basic digital training for pre-degree students preparing for the Unified Tertiary Matriculation Examination (UTME).

Many of the technology ministries in the region are lumped together with science and so, even from basics such as the nomenclature, there is no pointed direction as to where technology development is going. The other side of the coin are the commissioners appointed to chair these ministries. In Akwa Ibom, the Science and Technology Commissioner is a medical doctor whom we are told is very loosely plugged into the ongoings in the sector.

Are the region’s 60million+ people ready?

It was important to me to have as much diversity of opinions on this question for the very reason that the attendance at the week-long conference was disappointing to say the least. And while this does not speak comprehensively about the region (Lanre was at the 4th conference which was held in Owerri and the turnout was impressive), this speaks to the readiness of the state, in carrying on the energy of the hubs, governments and private institutions trying to grow technology-driven businesses in the region.

“The dynamics about events like this is a bit tricky,” Tony Onuk says. People are drawn to attending events where popular and sensational personalities are present, events hosted by Google or where there are extracurriculars like fashion, food or music. Technology adoption is also still quite low, the culture having just taken off in the last five years. But it is promising. For instance, uptake of OTrike, Opay’s tricycle hailing service in the state is impressive.

“The young people here are really not that zealous,” he summarises, and they are also still fixated on the idea that once you have a tech startup, you’ve made it. There’s also the laxity that comes from the state’s heavy reliance on oil revenues. And so, there is more of a culture reorientation work ahead for hubs like his as well as other stakeholders trying to grow the sector.

For Tochukwu Clinton, Chief Executive Officer of CIC, although the region is largely cut off from the rest of the country in areas of technology and business development, the pace is picking up ever so slowly.

At the foundation of all of these endeavors nonetheless, is the need for affordable and accessible internet connectivity without which the goal to create a thriving technology and business ecosystem in the south-south and southeast regions of the country will only remain a pie in the sky.