‘Freedom’ and free transactions: How Nigerian digital banks want to gain your attention 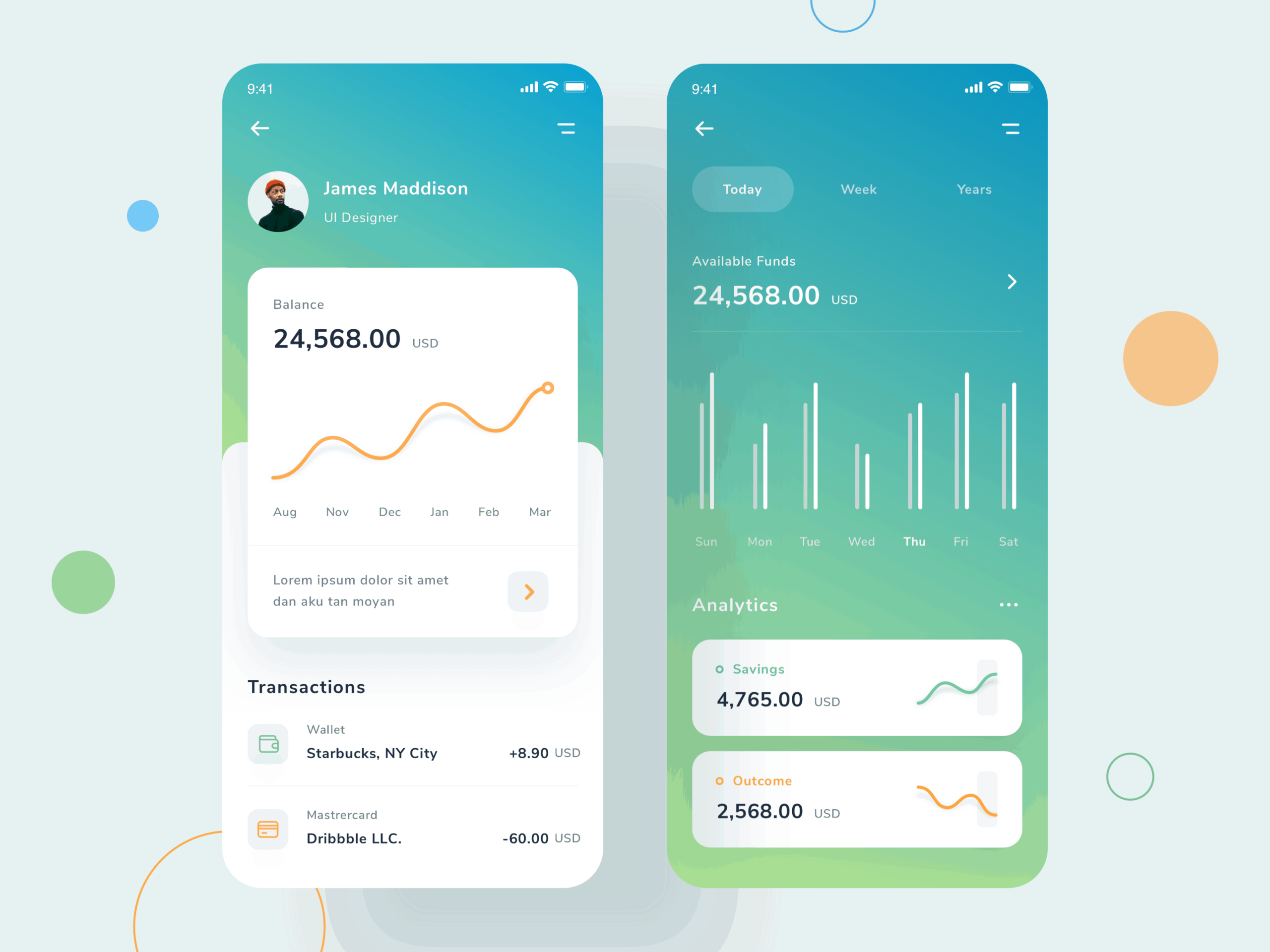 Digital banks like Kuda, Rubies and ALAT, with their promise of ease and no bank charges, talk a big game about solving the problems people have with traditional Nigerian banks.

“Freedom” is a common theme in their marketing language. They believe they can build profitable businesses without fees customers consider unfair.

It is a contrast to what users say about traditional banks.

Some of the common complaints customers have about Nigeria’s traditional banks include questionable charges and slow issue resolution. Another complaint is unreliable mobile apps and USSD codes.

Temitayo Ekundayo, Chief of Growth at Printivo, is familiar with bank hassles as he maintains five accounts with some of Nigeria’s biggest banks.

He is often frustrated by poor communication and what he describes as a lack of empathy in resolving issues.

“It often feels like the focus of banks is on marketing rather than fixing core issues,” he told TechCabal.

His frustrations are familiar, as I recently tried to open a second bank account.

What does it take to open a bank account with a traditional Nigerian bank? A 3-page form, a recent copy of your utility bill and two passport photographs.

The process needs two bank visits. For a debit card, you will need a third visit.

For the average person, three visits and a few documents is a lot of friction. Regulatory issues explain some of the friction.

Samson Dauda, who has 11 years of experience in retail banking operations and is the co-founder of BanKai, a P2P banking platform, told TechCabal: “Nigeria’s Central Bank asks banks to keep transaction records for up to 3 years and account details for up to 6 years after the end of a banking relationship. The banks haven’t figured out how to digitise the process. This is why they keep using paper, which is expensive, bulky and difficult to store.”

Another risk with paper is losing customer data. It raises the question of why banks aren’t digitising the process. The answer, again, is in regulations.

“If a regulatory or law enforcement agency requests a document, it has to be “sighted” by a bank officer as an attestation. Customer data can be lost, stolen or altered in this process and in fact this happens a lot,” Dauda added.

Digital banks, as their names imply have a digital-first approach to collecting your data.

For my first digital banking experience, I tried two digital banks: Rubies and Kuda. While Kuda is still in beta, Rubies (not to be confused with UBA’s women-focused Ruby) launched in March 2019.

For both apps, the basic details required include a phone number and an address. Kuda requested for two extra details: my BVN and a selfie.

Across both apps, “upgrading” your account, which raises your account limit past N300,000 ($827) will need official identification.

At the moment, Kuda and Rubies only offer current accounts, with a savings product within the app. By comparison, the UK based digital bank, Monzo is more robust, with current, business and joint accounts. It also has features like Bill pots and a salary sorter.

Anu Olatunji, a Nigerian lawyer based in the U.K, who uses Monzo told TechCabal that apart from ease and convenience, digital banks in the U.K also appeal to prospective customers with creative debit cards.

“Digital banks in the U.K talk a lot about convenience but people also like their cards,” she said. “Monzo issues pink cards, N26 is metal and Starling is black. People like those different colours. They deliver the cards a few days after you apply,” Olatunji added.

Meanwhile, in Nigeria, traditional banks have made some headway with card issuance. It used to be impossible to get a debit card immediately. Today, while you still need to fill out a form, most banks issue debit cards on the spot at their physical branches.

With Kuda, Rubies and ALAT, the process is also simple but paperless. You provide your address and your debit card gets sent within the week.

Even with improvements in the ease of banking, digital banks go a step further and offer free and discounted inter-bank transfer fees to users. It is another way they’re looking to convince users to sign up.

Earlier this month, fintech platform, OPay stopped offering bank transfers at N10. Instead, it increased transfer fees to N45 and 1%  cap on all transactions. The reactions from customers were as quick as they were unpleasant.

The company responded by reviewing its processing fee structure, but it remains higher than most transactions on banking apps.

So will digital banks increase processing fees in the future?

Kuda told TechCabal: “We have no plans of taking that route in the foreseeable future. We, like other banks, also make money from fees sellers pay when people use their Kuda Cards on their POS terminals (this is very different from the new N50 POS tax). And in the future, we stand to make money from interest paid on loans we give out.”

The company also states that keeping transfer fees affordable will not affect profitability.

“Our sources of income are more than enough to keep us profitable for the foreseeable future, particularly because we’ve sidestepped the heavy overhead costs of running physical branches by being a full-service digital-only bank licensed by the Central Bank,” Kuda said in an emailed statement.

Their claims check out given their minimal overhead cost. Traditional banks have to deal with the cost of branch operations and huge wage bills.

Despite these assurances, digital banks still have work to do in winning people over.

Morenike Ademiju, a legal and compliance officer, told TechCabal she doesn’t use any digital bank because cheaper transfer rates do not matter to her.

“The truth is that the original bank rates aren’t significant to me. Even if I use a digital bank, the transfer cost it saves is less than N500 per month.”

Even with the stress of traditional banks, she is not convinced. “For the inconvenience that happens with my bank, I find these issues quite annoying but they don’t happen that often. Most times, I send an email and it’s resolved in a few days“ She added

She doesn’t speak for every millennial but one thing is clear: digital banks need to deepen their offerings.

A robust service offering will make their case beyond letting users send and receive money.

Dauda, of BanKai, believes the digital banks are going about it the right way. “These guys have MFB licences and can access cheap funds. But I like how they’re growing their user base, there’s a promise of excellent service delivery that’s been sold, not loans from the get-go.

“Contrast that with Carbon or PiggyVest. The former grew with instant loans, the latter with instant savings and higher interest rates. Both are now expanding into similar verticals after gaining traction,” BanKai said.

But there seems to be another hurdle: the Nigerian preference for physical, brick and mortar structures.

The Nigerian distrust of all things digital

Wunmi Kolawole, who runs the fashion brand, Shoepify told TechCabal: “I’m not satisfied with the banks I use but I’m not about to add to the present headache. With my bank, I can go to the banking hall when I have issues. With this digital bank, where will I go and fight when my transactions fail?”

How do you solve a low-trust problem?

There are two solutions to a low-trust problem. The first is to inform people about your product in clear and consistent terms.

Dalu Akabogu, an Investment Analyst who doesn’t use a digital bank told TechCabal: “There is so much people don’t know about these banks. They need to sensitise people on these questions even if they seem obvious. People want to know things like if they’re insured by NDIC or what is in it for them beyond bank charges.”

When prospective users are informed, the second solution is staying power. They will look to fintech player, PiggyVest for inspiration on staying true to promises over time as a way of winning trust.

As long as they stay operational and clearly inform and educate their prospective users, digital banks will catch on.