My Life In Tech: This Egyptian couple’s got a genie full of housekeepers 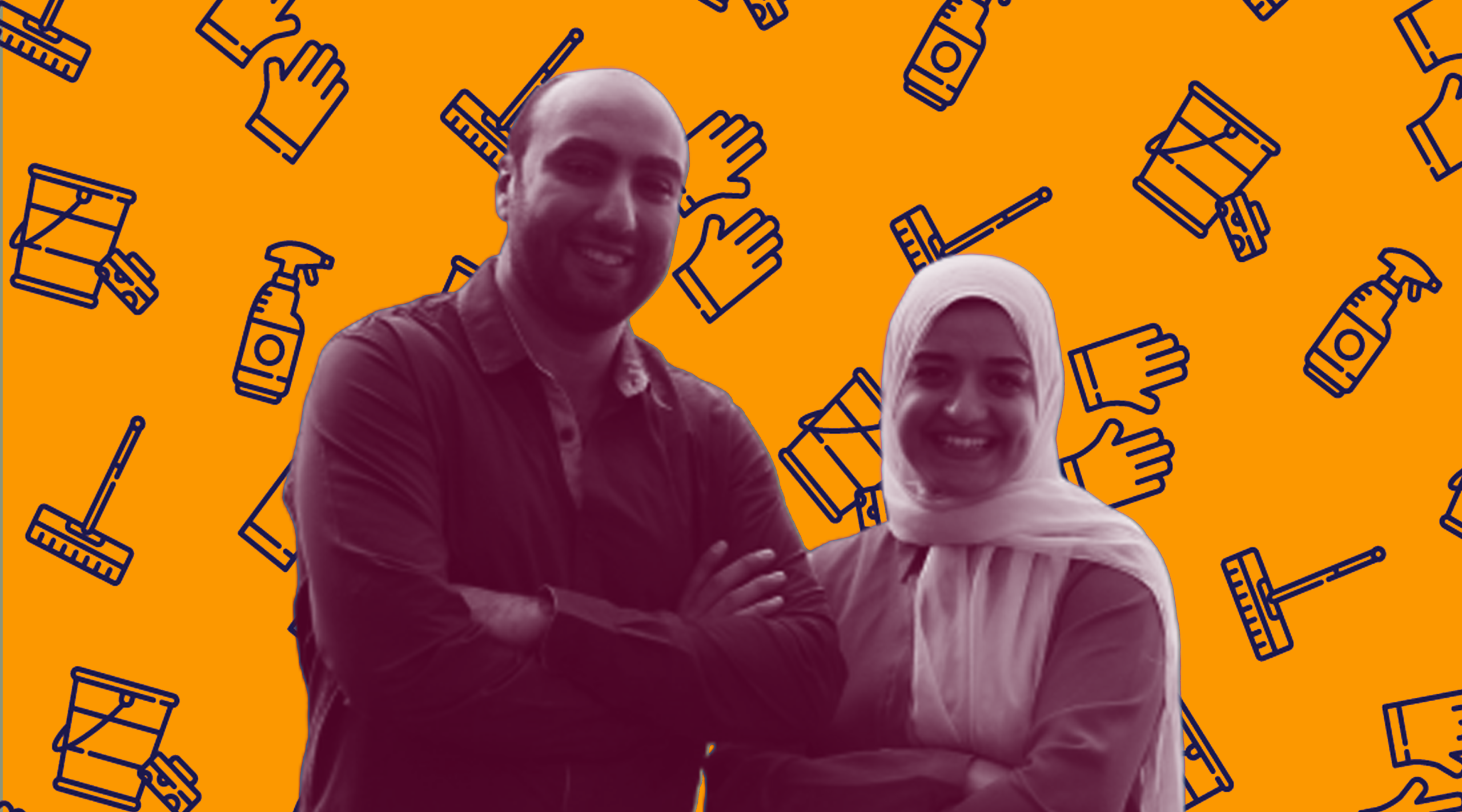 As a Nigerian born in the early 90s, I grew up with live-in domestic helps whom my mother hired to help her handle domestic chores while she worked and raised five children. Usually very distant relatives, they did everything from cleaning to washing and sometimes cooking. But it didn’t take long to realize that they came and went with so much frequency and I often would wonder why. As a young adult living in a somewhat communal three-bedroom apartment on the Lagos mainland, I do now. In the last three months, we have had to hire and fire three domestic staff whose sole job of keeping the house clean has become so much of a Herculean task.

But, unsurprisingly, this is not just a Nigerian challenge. Alaa Sham and her husband, Mostafa Ghannam, had struggled with finding a professional cleaning service provider to look after their new home in Cairo, Egypt’s vibrant capital city.

“Many residential households struggle to find a competent cleaner for their house who’s also trustworthy, punctual, communicative, and reliable,” Sham tells me in an email.

So in December 2016, they launched a cleaning service, Jinni, in Cairo, to tackle these problems they and hundreds of other residential homeowners and corporate organisations have. The company name was coined from ‘genie’ which in Arabian folklore, is a spirit imprisoned within a bottle or oil lamp, capable of granting wishes when summoned. Through Jinni, however, you can summon a housekeeper and based on the services you order, have them turn your house into a sparkly clean home or working space.

In its three years, Jinni has served more than 3,000 customers and processed more than 12,000 orders beginning with the residential services, then extending to corporates, and has signed around 20 contracts with top corporations in Egypt including Uber, Incorta, and The District. Customers are more inclined to pay per use while corporates tend to go for subscription models and annual contracts.

When they first launched, orders came from social media platforms like Facebook but the company has since launched a mobile app to interface between customers and housekeepers. Technology, particularly the use of social media, remains pivotal in Egypt’s history. The protests of the 2011 uprising in Cairo that resulted in the ousting of the then head of state, Hosni Mubarak, were organised on Facebook by an activist group known as the 6th April Youth with Twitter serving as a medium for updates and further organising. In the months and years that followed, technology hubs, startups, incubators and shared spaces sprung up. Many of those earlier startups were in direct responses to some of the challenges that the uprising brought.

“We’re benefiting from the circumstances,” Gamal elDin Sadek, the 25-year-old co-founder of Bey2ollak, a traffic monitoring app told the BBC in 2013.

The range of solutions has widened since then.

“People are moving towards using technology on different aspects in their daily life,” Sham says.

“There are a lot of startups that are implementing technological solutions and adapting  to the changes that are happening everywhere around the world.”

Cairo is one of the world’s most densely populated cities and the largest in the North Africa/Middle East region. Central Cairo which housed 22.9 million people as of mid-2016 is projected to contain 40 million people by 2050, a projection so troubling that the country is building a new capital from scratch.  There is a large market waiting to be served as Sham and Ghannam learnt when they launched. In the cleaning service space in Cairo are also other startups Mermaid and Taskty offering similar services.

“Over the course of my professional career, I have worn many hats,” Sham says.

Her career in technology began with an interest in social media marketing. Over the years, as a freelancer and in a number of roles, Sham honed her skills in digital marketing, social media management and strategy development before joining Nahdet El Mahrousa, a leading Egyptian NGO, as a senior communications officer. Ghannam on the other hand is a construction engineer by training and started down his entrepreneurial path as an undergraduate at Ain-Shams University in 2011 with his own business. He exited in 2014, a year after graduation and practised as a field construction engineer before Jinni was born. Sham serves as Jinni’s quality assurance manager.

“I set standards for all the functions that fall under the company, monitoring and evaluating processes to ensure that the quality of services offered is of the highest standard.”

Working with her husband has proved very complimentary, she says.

“He is a visionary person, knows very well how to manage a team, implement operations plans. While I am the one who focus on the strategies, getting things back on track, monitor small and big details.”

Similar to challenges with the informal path to finding domestic help, finding the right personnel for Jinni was one of their main challenges at the beginning.

“We were very strict in our hiring process in the beginning,” Sham tells me.

“We add only people who used to work at hotels and have a good experience in the  hospitality industry to make sure they have enough understanding of the industry and can offer a high quality service.”

Also because there can be some cultural stigma attached to working as a housekeeper, Jinni places the welfare of their staff high at the top of the chain and they can earn as high as US$500  (8,059 EGP) monthly.

Earlier this month, Jinni raised an undisclosed six-figure sum from a university-based angel network in the region, AUC Angels. The funds will be committed to marketing its new app solution for both customers and housekeepers designed to ease accessibility and ensure speedy service delivery.

“The money will be used as well in an educational center for housekeepers that will contribute in the development of the staff’s own personal skills alongside their technical ones to provide a convenient and consistent service to every customer Jinni serves,” adds Sham.