My Life In Tech: Uche Aniche shows there’s much to life outside of Lagos
Kay Ugwuede
8th January 2020 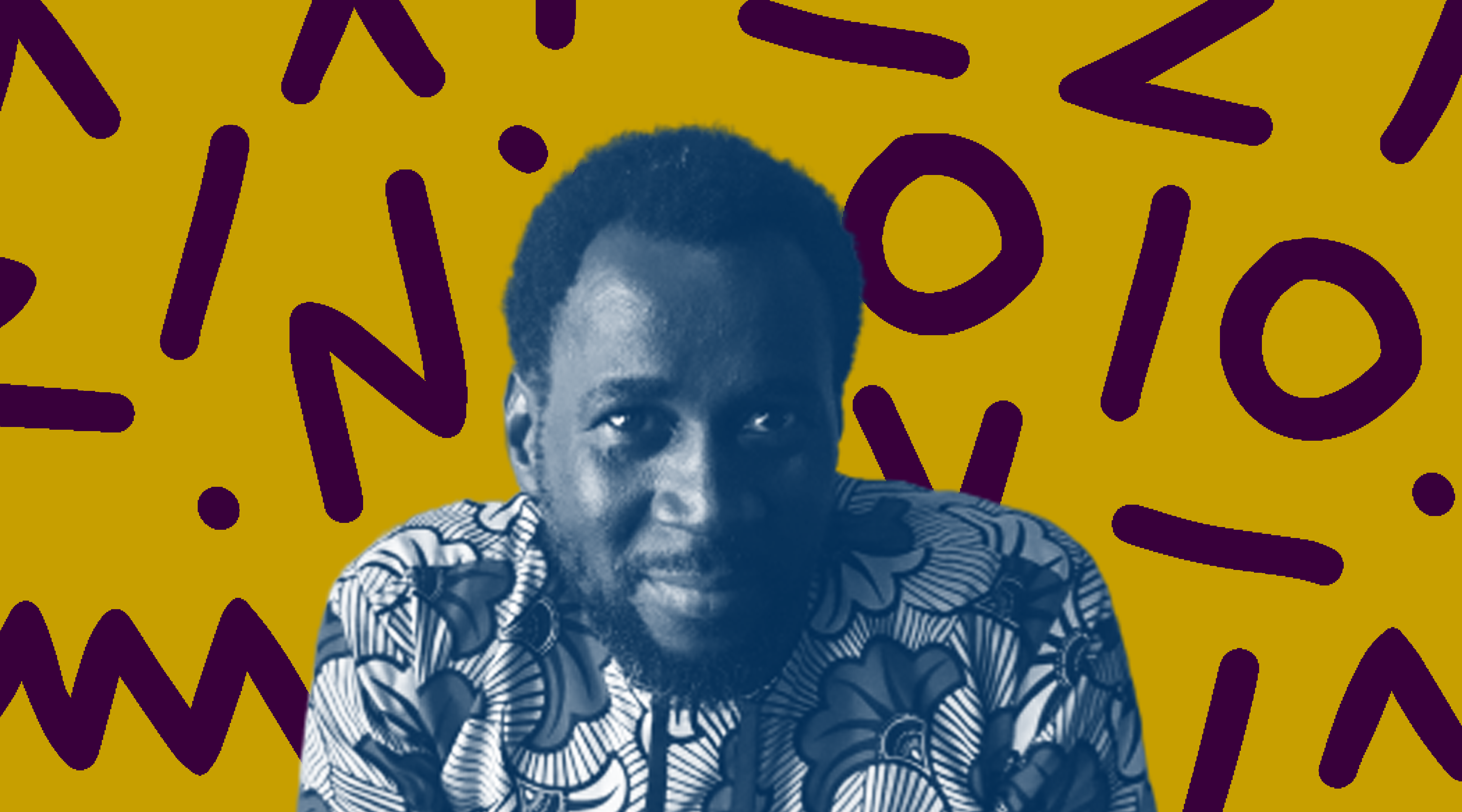 Born in Enugu in the late 70s and raised in Port Harcourt, Uche Aniche, Convener of #StartupSouth, lost his father when he was just shy of four. He moved around the east afterwards, living with grandparents and relatives before finally settling back into Port Harcourt to attend secondary school. Owing to a lack of funds to continue his education, Aniche would not proceed to university but instead began running programmes with the National Institute of Information Technology, an Indian management training company with branches in Nigeria. He also got involved in printing, graphics design, multimedia, web and software development. In the early 2000s, he founded his first company, Havilah & Hills. Based out of Port Harcourt, the company is focused on web development, printing, graphics design, brand development and marketing communications.

Aniche shuttled between Port Harcourt and Lagos around this period often travelling by nightfall to meet clients’ demands. Zip drives were still a working tool at the time. The proliferation of modern printing presses in the state took a hit on that aspect of the business which contributed substantially to the company’s revenues. Coupled with the hassles that came with working with artisans, Aniche dropped the printing segment of the business and fixed his eyes on branding and communications.

On the flip side, the business was also suffering some internal challenges one being a lack of proper accounting system. Unable to afford a professional accountant and with his acquired basic software programming skills, Aniche went on to build an accounting software system, 1Suite, which he intended to not only serve Havilah but open up new revenue streams by serving other small businesses who were in need of a similar solution. This was in 2013. He found a co-founder and together they began working to develop the software into a viable business.

“We started trying to market the software and [to the benefit of hindsight] I would say that we were early,” Aniche recalls.

The software went on to win an award at the Market Access Elevator Pitch organised by the Enterprise Development Centre (PH) but finding a market for it proved impossible.

“We were ahead of our time, even though you had things like Freshbook although they were foreign,” he says.

A falling out with his co-founder was the final nail in the coffin and led to the closure of the business.

Not one to give up, Aniche went on to start another, a media company that sought to make billboard ads for businesses. A government decree in favour of a road expansion project to extend the road along which the business’ physical space was situated caused the business to start off with a limp. In spite of the setback, the business did kick-off but tapered to an end shortly after.

All of these experiences gave birth to #StartupSouth in 2015.

“I realised that there was a lot of knowledge gaps. If with all my exposure, I did not know much about building the kind of businesses I wanted to build, who was going to show the young people around here how to do things?”

There was also a location challenge. While operating these businesses and moving around the east, Aniche was also often in Lagos and at some point had considered moving his businesses away from the east. Lagos, however, was not a location he personally desired to remain in on a long-term basis. The question became, was relocating the only alternative or was it possible to build an ecosystem on individuals who are interested and committed to building high-growth businesses and spurring economic growth and innovation in the region?

“I look at the entire region and realise that the earlier we start building businesses like that around here, the better for us because the future is bleak,” he stresses.

#StartupSouth began as a Facebook community which continues to grow and provide support to serious young and middle-aged entrepreneurs in technology and outside technology, looking to remain and thrive in the southeast or southsouth regions in Nigeria. The community has since grown to include an annual conference where Aniche and his team convenes entrepreneurs, investors and government representatives in any of the south-southeastern states to discuss how to keep the growth activities going in line with a specific theme. Last year, the 5th edition of the conference which was held in Uyo, Akwa Ibom, sought to discuss how broadband internet connectivity can spur digital innovation and economic growth in the region.

One of the main indicators of the growth of the region’s ecosystem is the number of tech hubs that have sprung up in the region since 2015 from one – Focus Hub in Port Harcourt – to over 18 in the state alone, and over 30 in the entire region.

“We were like talent producers at the time, producing talent for Lagos,” Aniche says. “It hasn’t changed much but it is better than it was. Now we have companies that attract talent in the region.”

In terms of funding, Aniche says startups in the region have raised over $US400,000 (N145 million) already [and as direct results of the activities of the community] which, while far behind on the amount circulating in Lagos, is remarkably better than the nonexistent funding in the region prior to 2015. This year, Aniche says the goal is to raise the ecosystem to a value beyond US$1 million.

In 2017, Aniche founded the region’s first angel network SSE Angel, alongside a number of business investors and mentors including Focus Hub’s cofounder, Ikechukwu Uche. Another member, Emeka Okoye, who joined a few months after the network was inaugurated says the group has so far made two investments in two different startups in the region; $US20,000 for a solar inverter startup, GreenAge Technologies  and another N2 million (US$5,000) into agri-focused startup, Alphotazi Farms. Already, for 2020, Okoye says the network is in advanced stages of conversations with three startups: a drone delivery network startup, another startup looking to convert land administration data into more accessible data using blockchain and another agri-focused business producing palm oil.

“What we are doing is not an invest today, reap tomorrow venture. You are investing at a time when there is no guarantee that the organisation will succeed,” says Okoye.

Okoye who met Aniche at an event in Port Harcourt agrees that there has been a lot of improvement in the nascent ecosystem but there is a lot of work to be done, especially as regards the entrepreneurial mindset of the younger generation in the region.

“Founders always think their ideas are great,” Okoye says, and they do not take it well when they are told otherwise sometimes even when they have conducted very little market research to understand what is obtainable and if their ideas are truly original or copies of already existing businesses that they are not just aware of.

Aniche has a beautiful young family whom I met during the conference last year. They were present each day for the conference and are the reason he says he gets up everyday to keep up with this almost thankless work he has undertaken to not only aggregate business players in the region but to support new business endeavours and thus economic growth.

“A lot of people think that we do what we do because we have a lot of money. It’s partly driven by a quest to ensure that my three children can grow up in a better society.

“That’s the drive for the work.

As someone who has had to leave my home in Enugu to Lagos for economic reasons, I understand completely what drive Aniche speaks of. 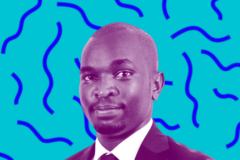 Roger Gichuhi, former Chief Operating Officer of one of Kenya’s most popular video-on-demand services Buni.tv, chats with me from the road.

More From My Life In Tech

Roger Gichuhi, former Chief Operating Officer of one of Kenya’s most popular video-on-demand services Buni.tv, chats with me from the road. 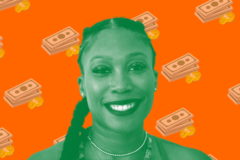 My Life In Tech is putting human faces to some of the innovative startups, investments and policy formations driving the technology sector across Africa. Nichole Yembra is one of the few women you will find on the C-suite level of Africa’s technology industry. And she’s earned her place there. In spite of a valid case being […] 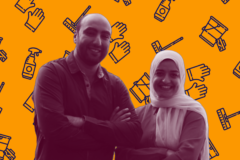 As a Nigerian born in the early 90s, I grew up with live-in domestic helps whom my mother hired to help her handle domestic chores while she worked and raised five children. Usually very distant relatives, they did everything from cleaning to washing and sometimes cooking. But it didn’t take long to realize that they […] 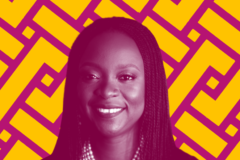 Google’s Policy and Government Relations Lead (West/Francophone Africa), Titi Akinsanmi’s life and career, an intricately intertwined unit, are built on three pillars: a four-word mandate, a Latin mantra and actionable faith. On the evening we meet, she is preparing to attend Google’s end of year Christmas party in Lagos having been in the country a […] 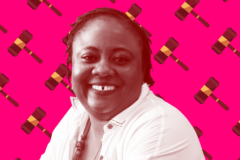 My Life In Tech is putting human faces to some of the innovative startups, investments and policy formations driving the technology sector across Africa. A tragic 1980 novel by Sidney Sheldon, Rage of Angels, is all it took for Odunoluwa Longe to decide she wanted to pursue a career in law. The novel’s stunning protagonist, […] 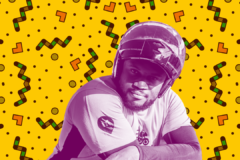 My Life In Tech: A history on bike hailing, hard lessons and growing from Chinedu Azodoh
My Life In Tech
Kay Ugwuede
27th November 2019

My Life In Tech is putting human faces to some of the innovative startups, investments and policy formations driving the technology sector across Africa. At over six feet, Chinedu Azodoh is towering adjacent a ‘TEDxYaba’ signage. He is the last speaker at the 2018 independently organised TED event in Lagos’ foremost technology cluster. A few […] 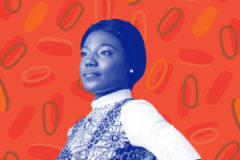 My Life In Tech is putting human faces to some of the innovative startups, investments and policy formations driving the technology sector across Africa. I’m on a treadmill trying to complete a two minute stretch of intense run when I feel some pain on my right knee and I fleetingly ask myself ‘What Would Moyin […] 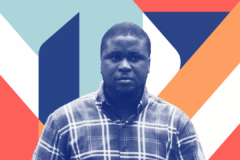 My Life In Tech is putting human faces to some of the innovative startups, investments and policy formations driving the technology sector across Africa. Gricd occupies a small office space in a factory inundated with large machinery. The factory is in Oregun, an industrial area on the Lagos mainland. The first time I learn about […]