Garlic, heat cures and conspiracies: in Africa and globally, misinformation is spreading faster than COVID-19 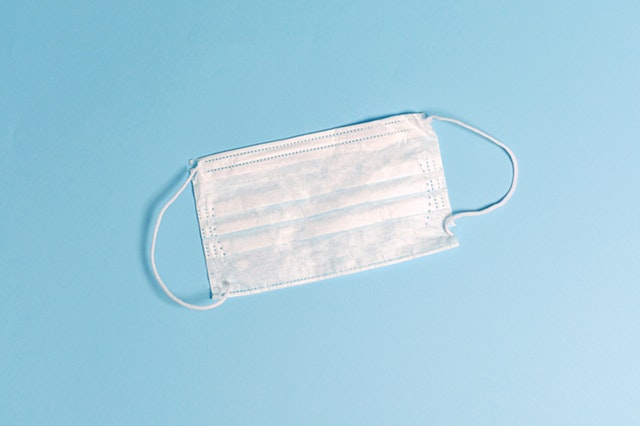 Infodemic. It is the new term the World Health Organisation (WHO) has coined to describe the spread of misinformation that is spiralling  out of control as the coronavirus pandemic which has since spread across the globe from Wuhan, China. And social media is the alarmist.

WhatApp broadcasts, Facebook groups, memes taken a bit too seriously, images from the bellies of the internet reshared with incredulous flight risk stories.

Since January 2020, the virus which presents with flu-like symptoms has since spread to 89 locations including Nigeria, Senegal, South Africa and Algeria with 105,586 cases confirmed globally.

As Africa’s most populous nation, Nigeria has seen its share of epidemics as well as how much social media hysteria can become just as much of a problem as the virus or bacteria in question.

Take the more recent Ebola virus epidemic. The 2014–2016 Ebola virus disease outbreak in West Africa was the largest and most complex Ebola outbreak since the virus was first discovered in 1976, according to the World Health Organisation. In the thick of the Ebola spread, a viral social media campaign claiming salt prevented and cured the virus drove Nigerians into bathing and drinking concentrated saline solution. Many ended up in hospitals, a few  did not get that chance.

Over the past few weeks, social media has again become a hotbed of conspiracy theories, false information, potential cures and absurd anecdotes about the virus spiralling so much out of control that Facebook has had to start nipping any ads spreading hysteria on the platform.

Here are some of these hysteria-inducing stories/posts spreading on Nigerian social media:

Chloroquine cures the coronavirus: Many Nigerians gleefully shared news that chloroquine phosphate, a popular anti-malaria drug in the country, had been found to cure the virus. This was a few days before the first case in Nigeria was confirmed so many touted that this was the reason why the virus was yet to infect anyone in the country—we had consumed so much of the drug our systems were automatically immune to the virus.

The virus is not for black people: Agreed, the virus may have taken some time to finally catch up with the continent but maybe people should have given a pause before making this pronouncement.

If anything, the fact that movement has been restricted in most places where the virus has rapidly spread should have been the reason why initial contact had been slowe. Some credited this to the tropical heat in the country with temperatures as high as 34 °C in Lagos. But cases have been confirmed in Senegal (Dakar: 28 °C), South Africa (Johannesburg: 26°C)  and Algeria (Algiers:18 °C) where temperatures are not exactly that low.

Viruses are also a unique set of microorganisms. Outside of a living host, they aren’t really functional organisms but can either be inactivated in extreme cold or killed in extreme heat. Our internal body temperatures differ but on average can range anywhere from 36.5 to 37.5°C and following from the number of cases so far, they have been such a fertile petri dish for the virus.

There’s also a conspiracy theory: People are touting on social media that the disease is not really in the country and the authorities are using this opportunity to siphon funds. It’s Nigeria. You can’t be too sure what political leaders in this country do with money when they have access to it. And the World Bank has made available US$12 billion in support for countries where the COVID-19 outbreak has been reported.

Even a former president was said to have expressed similar sentiments although there are reports that this too, is false and there is no confirmation that he indeed accused political leaders of lying about the presence of the disease in the country.

Then there are full blog posts like this one:

Why, out of over 90,000 confirmed cases will scientists be asking for individuals to volunteer to be infected?

What false information is spreading globally?

Nigeria is not the only country grappling with the spread of false COVID-19 information. In Indian WhatsApp groups, garlic cures, heat cures and pneumonia vaccinations to prevent the virus are rampant.

In Iran and Pakistan, misleading and panic posts falsely credited to top-ranking health officials have been on the rise.  The death toll in the country has surpassed that of any other country outside China where the virus has spread. In the US, conspiracies about the origin of the virus have widely spread with the originator of the viral tweet claiming the “release” of the virus may have been planned for monetary gains. There’s many more.

What are the known facts?

Everything you need to know about the virus including ongoing clinical trials and vaccines still in development can be found on the CDC website or WHO’s status reports.

What does this tell us about the rise and rise of alternative facts and fake news?

Social media companies like Facebook are certainly seeking ways to curb the spread of misinformation on their platforms. The company is banning ads and posts it believes are targeted at spreading panic about COVID-19 including ads for medical face masks. If you searched COVID-19, you most likely will only see results from verified pages/accounts.

Some past moves—restricting the number of times a WhatsApp message can be forwarded, for instance—seems to be proving helpful now. But with more people now opting for closer and intimate use of social media by way of private group chats, a newer challenge has presented itself if these companies cannot access them.

Countries are now stepping in with special units dedicated solely to countering the spread of false information regarding COVID-19. Organisations like the WHO and CDC continue to urge everyone to stick to their web platforms and social media pages for accurate  information about the virus.

Governments are also attempting to stem the tide overall with social media bills and regulations most of which receive enough backlash to stall their bid to become actual law due to concerns about freedom of speech and expression.

Still, there are many self-serving checks that one can go through when they encounter a piece of information online from how to spot, off the bat, something that looks fishy, to checking for things like links, sources and timestamps.

But AI-powered systems, fact-checking services and platforms and existing tools to spot doctored images can pale when a life-threatening virus or incident is on the prowl.

Editor’s note: We want to understand how to deliver richer and more insightful stories to you. Help us help you by answering these 3 questions.