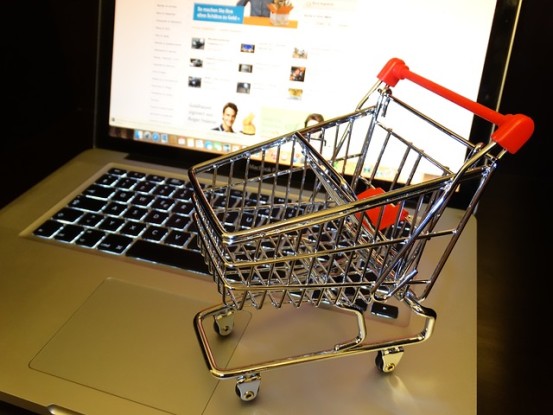 Online shopping is not an upper-class luxury. When a crisis forces normal economic and social activities to shut down, people must still be able to find food, toiletries and other essentials. Social distancing norms that prevent visits to physical shops make online stores the last resort for supplies.

But as more than one South African startup has learned over the past week, there is such a thing as overwhelming customer demand.

One example is Zulzi. Customers rely on its mobile and web apps to conveniently order groceries from the comfort of their homes.

The e-commerce company does not own physical stores. Rather, it has concierge ‘shoppers’ who are matched with customer orders. The shoppers get inventory from nearby malls and big-name supermarkets, while Zulzi’s delivery riders bring packages to the customers’ doorsteps.

Zulzi’s appeal has been its ability to deliver orders within an hour. Until now.

On Saturday, 21st March, the company informed users that it would be suspending one hour delivery for an indefinite period. The reason for this was “low stock and current high order volumes.”

But before stock went low, it appeared their technology platforms had begun to crack under the weight of the high volume.

A ‘system migration’ notification stating that their web and mobile apps would be down for approximately one hour on the 19th March 2020 extended to the following day. There was no follow-up notification indicating the migration had been completed successfully.

Neliswa Zilimba, a Johannesburg resident, told me he recommended the app to two of his friends in the city but neither of them had a great experience with the service. One was debited in full for an order that was only partially delivered.

Seeking a refund, another user complained about an order that was already 8 hours late. After waiting a long time for an order, another customer wondered if it would have been better to go to a shop herself.

There are signs that the company is attempting to fix the leakages. A user who had initially panicked after getting no response to her order found a way through to Zulzi staff who explained that the company was struggling to find balance in the midst of a quadrupled workload (Zulzi has not responded to a TechCabal request for comment).

In any case, OneCart, another online store with an operational model similar to Zulzi’s (which some users said they will pivot to) is experiencing delays with deliveries of up to three hours. OneCart normally does two-hour delivery for 1,000 daily active users, and boasts a coverage of 35 stores.

In other words, the tech and manpower glitches may not be native to any of the four or so most-used grocery shopping apps in South Africa. Even Amazon, which plans to hire 100,000 workers, has struggled this period; they now take more than a month to deliver on Prime. (Amazon Prime typically delivers in one or two days in the US).

That said, South African e-shoppers want reassurance that their local e-commerce companies will be reliable sources for supplies as the country enters a period of full dormancy following a 21-day lockdown announced on Tuesday.

TakeAlot, a multi-goods online retailer, said it does not yet have a clear indication on how the lockdown will impact its operations. UCook, a subscription-based food-ingredients delivery service, has scaled down their previously national service to only Cape Town, Johannesburg and surrounding areas.

Zulzi is promising to keep fulfilling orders during this period, a move that shows willingness to prove itself to consumers.

Using WhatsApp, Zulzi is hiring new shoppers in four cities – Johannesburg, Pretoria, Cape Town and Durban – to boost delivery capacity. However, the company has advised that “essential products may be out of stock due to the demand and delivery will be delayed.”

These events show the opportunities and challenges of e-commerce in Africa. Unforeseen circumstances like a pandemic present an opportunity to assess the sector’s viability: Is there organic demand? Are middle-class earners actually adjusting to online shopping? Investors are watching, scoping the field for startups that would make worthy bets when we return to peacetime.

However, good businesses are built on realistic incremental adaptation, not bluster. While an entrepreneur’s ideal expectation is to handle whatever load they receive, there is really no shame in holding your hands up when a burden exerts more weight than you prepared for.

[Read: Coronavirus had an early effect on Instagram fashion vendors]