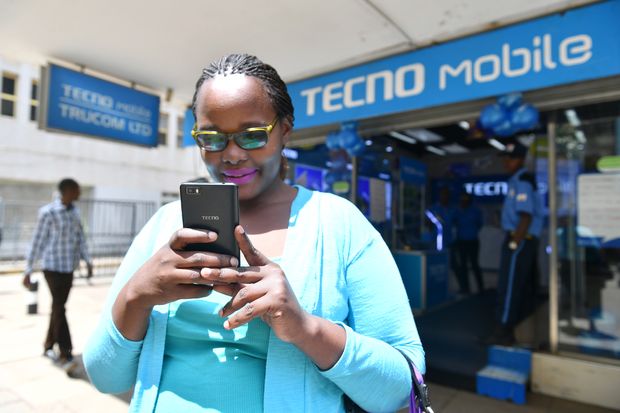 While other companies recorded major drops in Q1, Transsion’s Tecno saw only a minor drop in sales.

As we expected, global smartphone sales plummeted during the first quarter of 2020. Data from research firms Canalys and Counterpoint Research show global shipments fell 13% compared to the same period in 2019.

The crash is not unexpected as the COVID-19 pandemic has affected global supply chains for everything from cheese to chipsets. The biggest decline came from China, where Counterpoint says smartphone shipments dropped 27% compared to a year ago.

China holds an enviable position in the world’s smartphone supply chain, so when the pandemic struck in December it was expected that it would drag the entire industry into a difficult spot. Even companies like Samsung that have their manufacturing bases in Vietnam and South Korea still got hit because they need crucial supplies from Chinese factories. The Korean company endured a 17% drop in smartphone sales.

However, while other phone brands suffered major declines, by up to 40% for some, Transsion’s Tecno emerged almost unscathed.

One explanation for this is Transsion’s major market: Africa.

In the fourth quarter of 2019, Tecno smartphones accounted for 20% of all the sales in Africa. Together with other Transsion brands (Infinix and Itel, Tecno) control 52.5% of the continent’s phone market.

Unlike other regions, Africa recorded its first COVID-19 case late in Q1. However, due to slow testing, reported cases did not immediately escalate. African governments didn’t fully implement lockdown measures until late March and April.

So Transsion retailed its devices normally and supplies from its factories in Pakistan, India, Bangladesh and Ethiopia continued until the end of the quarter.

Q2 may be tough for all smartphone companies

However, analysts expect that Q2 would witness the peak of the impact of the pandemic and most companies could see a significant drop in sales.

“Most smartphone companies expect Q2 to represent the peak of the coronavirus’ impact,” says Ben Stanton, Senior Analyst at Canalys. “It will test the mettle of the industry, and some companies, especially offline retailers, will fail without government support,” he said.

The Q2 decline is certain since, in April, a number of countries implemented lockdown that further disrupted global supply chains.

Transsion operates factories in five countries: China, India, Bangladesh, Pakistan and Ethiopia. But three of these countries implemented lockdowns between March and April.

Its Indian factory was grounded for 40 days. Some reports say the country’s smartphone industry recorded zero sales in April as government restrictions permitted eCommerce companies to deliver only essential products. Smartphones and electronics were deemed non-essentials.

Bangladesh, where Transsion is the fifth biggest phone company, was on lockdown for three weeks. The company produces 450,000 devices in Bangladesh, and 90,000 of them are smartphones. But in late March, ahead of the lockdown production levels was expected to drop by 40%, said Rezwanul Haque, CEO of Transsion Bangladesh.

“We’re failing to launch new products due to the shortage of raw materials… This situation will worsen if the crisis prolongs,” Haque said in March.

Meanwhile, Pakistan started its lockdown on March 23 and will ease restrictions by May 9. This has slowed down activities in Transsion’s Karachi plant which reportedly has the capacity to produce three million smartphones a year.

The Chinese phone company has hinted at the possibility of a decline in sales. In its full 2019 financial report released in April, Transsion said the pandemic “has adversely affected the economic operations of many countries and regions around the world.”

“If the epidemic is not effectively contained and will spread further around the world, the company’s overseas operations will be affected to a certain extent, which may cause annual results negative effects.”

Transsion’s path to a good Q2

However, the challenge for Transsion is two-part. It has to reactivate factories quickly and it has to contend with falling demand in its biggest African markets like Nigeria.

Its factories in India, Pakistan and Bangladesh may be reopened in May as governments in these countries ease lockdown restrictions. Bangladesh’s crucial garment factories reopened last week.

Operations in Transsion’s Ethiopian factory may still be in full swing since the country never went into lockdown. Meanwhile, factories in China have gradually reopened since late March.

In its latest financial report, Transsion said it has built a robust logistics network with warehouses in Ethiopia and Dubai. It told investors it has adopted “comprehensive use of air, sea and other transportation methods to achieve rapid delivery of products and raw materials in Africa, Southeast Asia, South Asia and other regions.”

But we’re already midway through the second quarter, as the month of April was disrupted by the lockdowns. In addition to Transsion, companies like Foxconn and Xiaomi are rushing to restart factories in places like India.

However, manufacturing industry stakeholders say it will take between two and four weeks for factory units to return to pre-lockdown levels.

“This quarter would be a write-off for the entire India,” MS Unnikrishnan, an Indian industrialist, told Bloomberg. “By the second quarter, we will learn to live with the disease.”

Beyond factories, Transsion may have to worry about falling demand in key African markets like Nigeria. The West African country is suffering the dual impact of the pandemic and the crash in oil prices. Both issues are affecting income levels and the purchasing power for millions of people.

IDC expects the country’s smartphone market to decline by 3.9% in the second quarter. But that prediction came in March and may not have accounted for the lockdown that followed in April.

However, analysts predict that low-end devices could suffer the most decline. While mid-range devices and high-end ones will suffer minor drops.

Transsion would need to take these into consideration as it tries to make a rebound from the minor decline in the first quarter.